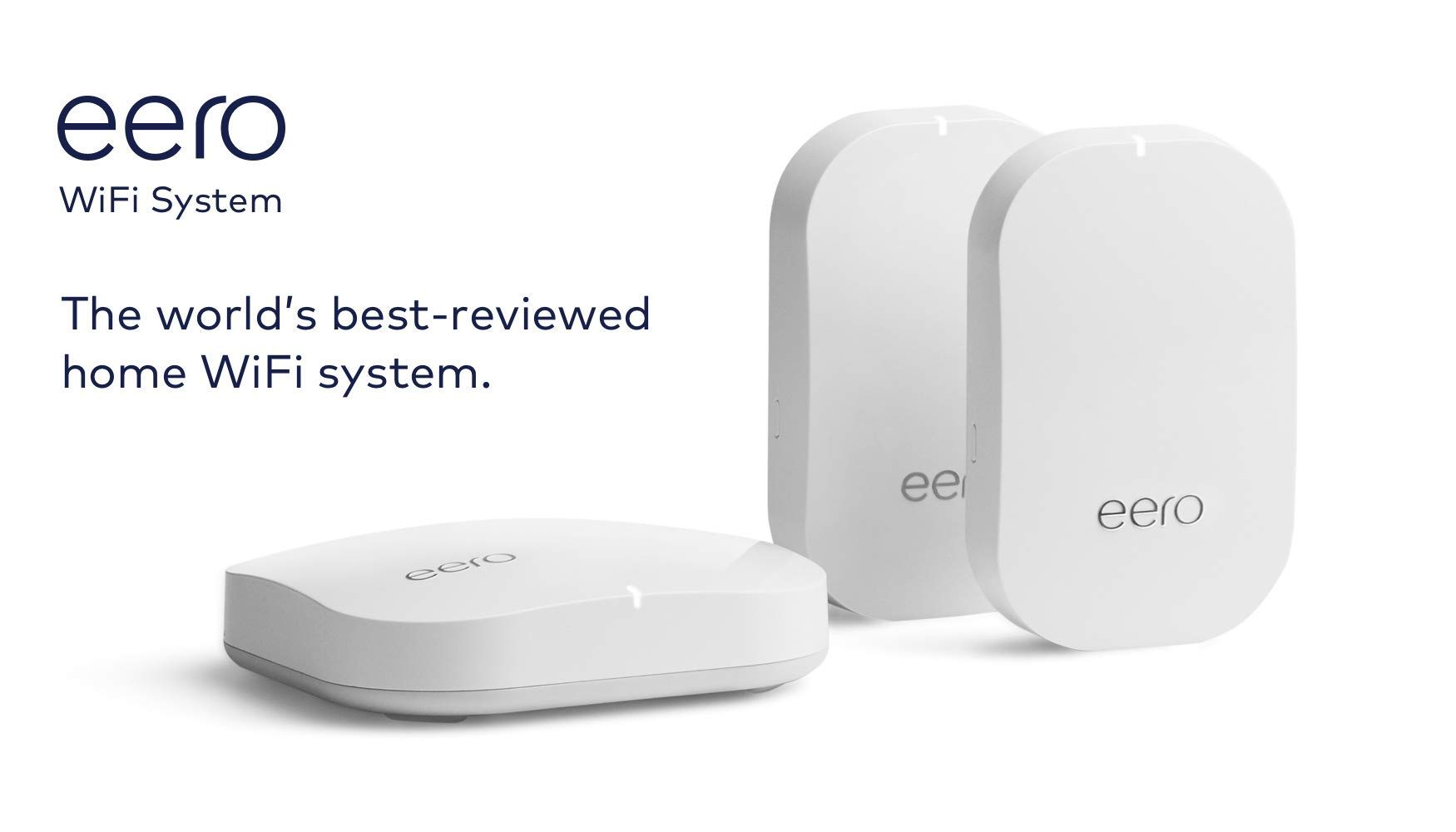 The Eero Pro Mesh Wi-Fi System (2018) is one of the very best Wi-Fi Routers that one can get for around $190. The Netgear Nighthawk X10 (R9000), however, while a very good choice at its $290 price point, falls just short of being remarkable.

The Eero Pro Mesh Wi-Fi System (2018) was loved by reviewers at Wirecutter (NYTimes), a highly trusted source that performs reliable in-depth testing. It did great in its "The Best Wi-Fi Mesh-Networking Kits" roundup where it was named its "Top Pick", which, in itself, makes it a product worth considering.

Returning to the Netgear Nighthawk X10 (R9000), it managed to impress reviewers from two sources that are considered to be some of the most highly trusted on the internet, thanks to their in-depth hands-on testing - PCmag and TechGearLab. It performed great in their respective Wi-Fi Router roundups - it was named "Best for Large Homes" by PCmag and "Ranked 2 out of 11" by TechGearLab. That's quite an endorsement, especially coming from such high-quality sources.

When we thoroughly analyzed their review scores, we learned that all of the sources that tested both Wi-Fi Routers, including Lifewire, preferred the Eero Pro Mesh Wi-Fi System (2018) over the Netgear Nighthawk X10 (R9000).

We also took a look at which sources they managed to impress the most. The Eero Pro Mesh Wi-Fi System (2018) was liked best by Lifewire, which gave it a score of 8.6, while the Netgear Nighthawk X10 (R9000) got its highest, 9, score from PCmag.

Lastly, we averaged out all of the reviews scores that we could find on these two products and compared them to other Wi-Fi Routers on the market. We learned that both of them performed far better than most of their competitors - the overall review average earned by Wi-Fi Routers being 7.4 out of 10, whereas the Eero Pro Mesh Wi-Fi System (2018) and Netgear Nighthawk X10 (R9000) managed averages of 8.3 and 7.8 points, respectively.

Due to the difference in their prices, however, it's important to keep in mind that a direct Eero Pro Mesh Wi-Fi System (2018) vs. Netgear Nighthawk X10 (R9000) comparison might not be entirely fair - some sources don't take value for money into account when assigning their scores and therefore have a tendency to rate more premium products better.

r/eero
in "I’ll probably jinx it but this is best WiFi I’ve ever had"
Last updated: 9 May 2020
See morefewer
Reddit Threads (3)

r/HomeNetworking
in "How much router do i need?"
Last updated: 14 May 2019
Higher than average expert review score
7.4
Overall Avg. for Wi-Fi Routers
8.3
Avg. Review Score
Score

Trusted Source
Depth of
analysis
Yes
In-house
Testing
Reviewed is a website that provides its readers with objective, trustworthy reviews. It extensively tests the performance of products under controlled laborato...
Ranked #4 out of 8
in “The Best Mesh WiFi Routers of 2020”
Last updated: 10 days ago

Best Coverage
in “The 9 Best Parental Control Routers of 2020”
Last updated: 16 days ago

Runner Up
in “The Best Wireless Routers for 2020”
Last updated: 15 days ago

Best for Media Streaming
in “The 10 Best Wireless Routers of 2020”
Last updated: 4 days ago

MakeUseOf
Depth of
analysis
Yes
In-house
Testing
Ranked #4 out of 5
in “The 5 Best Alternatives to Apple’s AirPort Wi-Fi Router”
Last updated: 9 May 2018