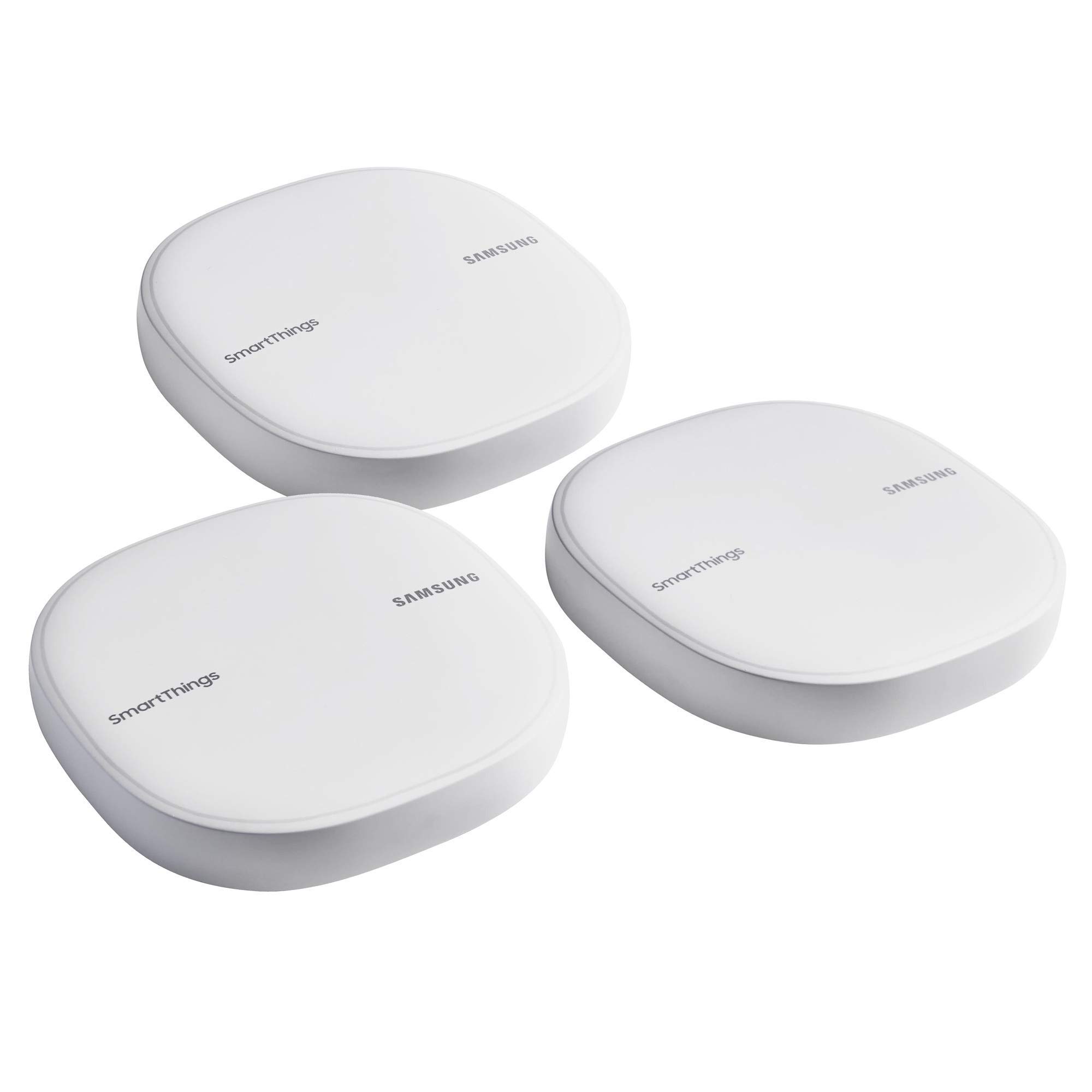 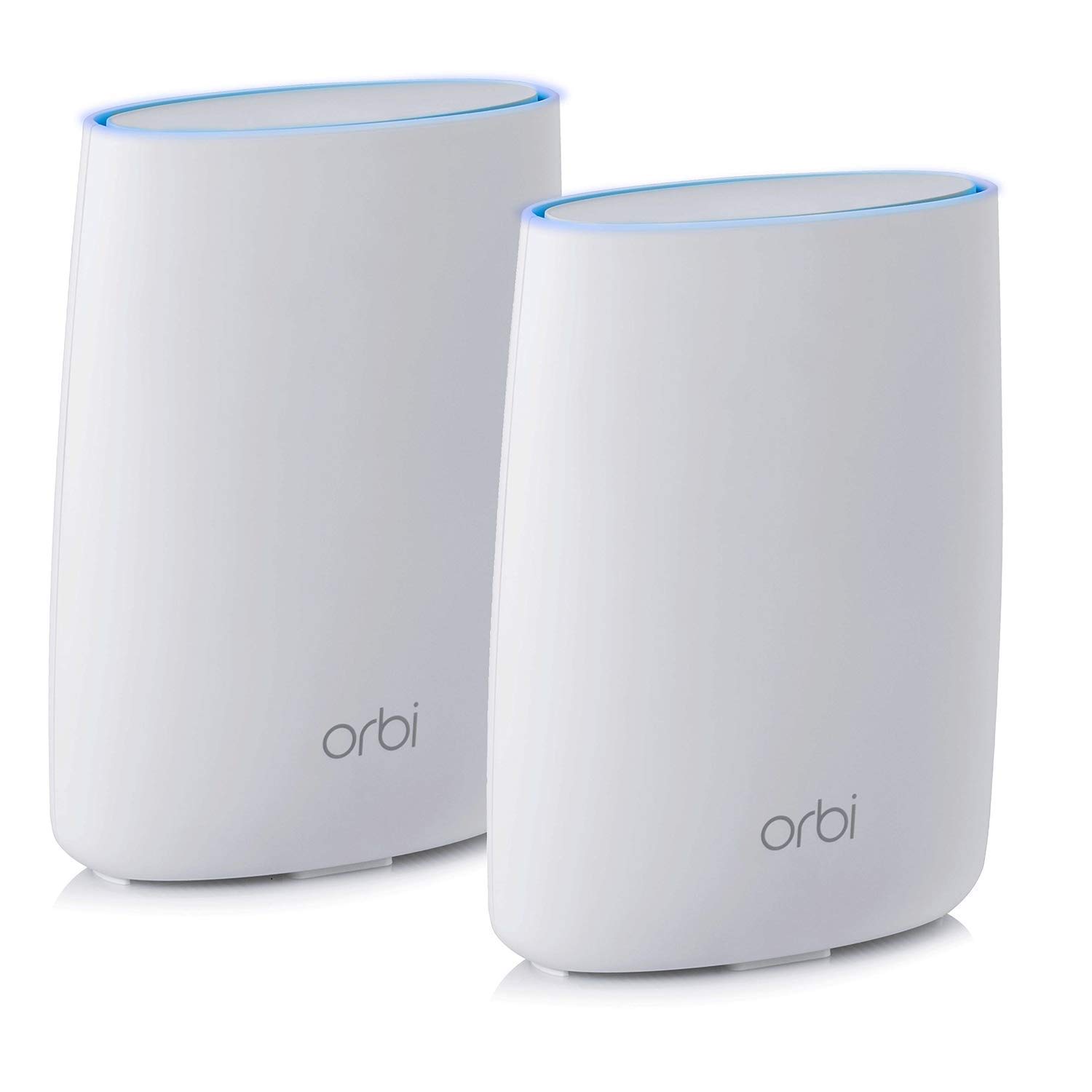 The Samsung SmartThings WiFi Mesh Hub (2018) is one of the very best Wi-Fi Mesh Networking Kits that one can get for around $110. The Netgear Orbi RBK50 (2016), however, while a very good choice at its $330 price point, falls just short of being remarkable.

The Samsung SmartThings WiFi Mesh Hub (2018) has managed to do great in various roundups conducted by reviewers from highly trusted sources that perform objective in-depth testing, like Tom's Guide, Laptop Mag, and PCmag - it was dubbed "The top value mesh system" by Tom's Guide, "Best budget mesh Wi-Fi router" by Laptop Mag, and "Best for Smart Home Beginners" by PCmag. Any product that's held in such high regard by some of the most reliable sources should be considered by everyone who's looking for a Wi-Fi Mesh Networking Kit at this price.

Taking a look at the Netgear Orbi RBK50 (2016), we found that it impressed reviewers from many sources with a history of conducting objective hands-on testing, such as Windows Central, TechSpot, Expert Reviews, Android Central, TrustedReviews, PCWorld, and Macworld. It performed great in their roundups - it was dubbed "Best Mesh Network" by Windows Central, "Best Mesh Wi-Fi System" by TechSpot, and "Best mesh router for families" by Expert Reviews; quite an achievement.

When we thoroughly analyzed their review scores, we learned that all of the sources that tested both Wi-Fi Mesh Networking Kits, including PCmag, preferred the Samsung SmartThings WiFi Mesh Hub (2018) over the Netgear Orbi RBK50 (2016).

We also took a look at which sources they managed to impress the most. The Samsung SmartThings WiFi Mesh Hub (2018) was liked best by Modern Castle, which gave it a score of 9.5, while the Netgear Orbi RBK50 (2016) got its highest, 8, score from Expert Reviews.

Lastly, we averaged out all of the reviews scores that we could find on these two products and compared them to other Wi-Fi Mesh Networking Kits on the market. We learned that both of them performed far better than most of their competitors - the overall review average earned by Wi-Fi Mesh Networking Kits being 7.3 out of 10, whereas the Samsung SmartThings WiFi Mesh Hub (2018) and Netgear Orbi RBK50 (2016) managed averages of 7.9 and 8.0 points, respectively.

Due to the difference in their prices, however, it's important to keep in mind that a direct Samsung SmartThings WiFi Mesh Hub (2018) vs. Netgear Orbi RBK50 (2016) comparison might not be entirely fair - some sources don't take value for money into account when assigning their scores and therefore have a tendency to rate more premium products better. 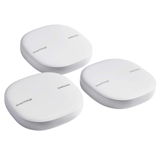 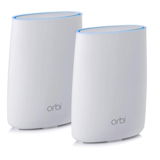 r/HomeNetworking
in "networking noob here. Please help! What would be the best way to split my modem's signal to 2 routers?"
Last updated: 29 Dec 2018
Reddit Threads (7) 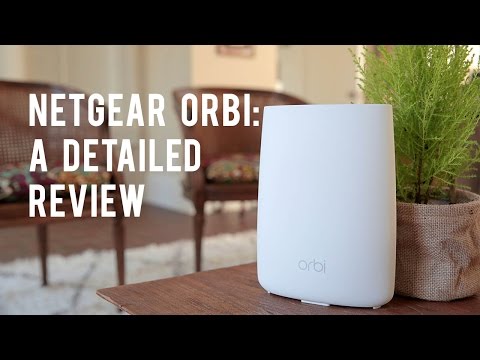 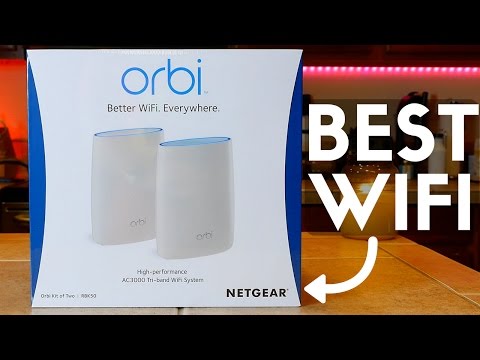 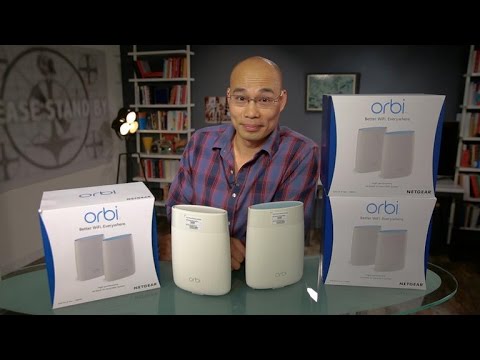 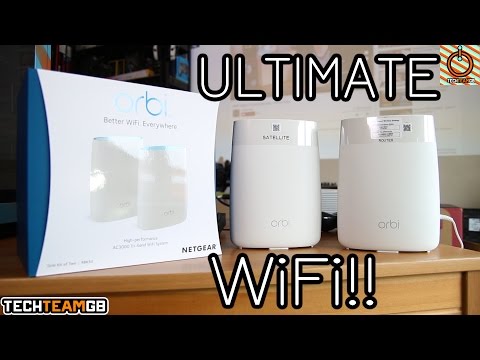 Best Overall
in “The 12 best smart home devices you need to live like the Jetsons - Business Insider”
Last updated: 11 Dec 2017

TechHive
Depth of
analysis
Yes
In-house
Testing
Rated 7.0 out of 10
in “Best smart home systems for a connected domicile”
Last updated: 18 May 2020

Trusted Source
Depth of
analysis
Yes
In-house
Testing
Reviewed is a website that provides its readers with objective, trustworthy reviews. It extensively tests the performance of products under controlled laborato...
Ranked #8 out of 8
in “The Best Mesh WiFi Routers of 2020”
Last updated: 13 days ago