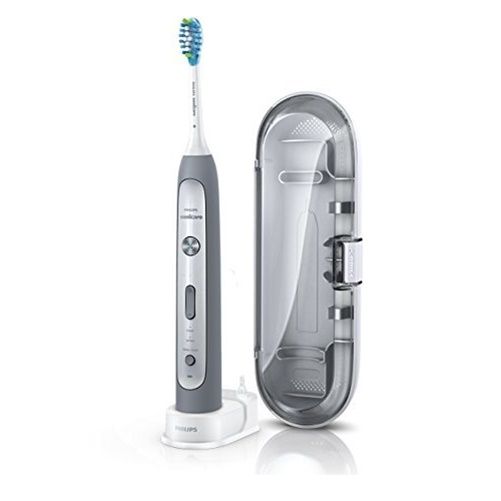 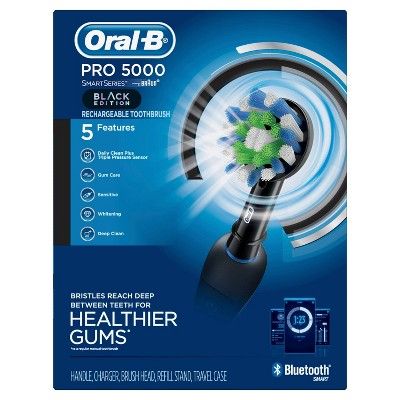 If you're still interested in learning more about the Philips Sonicare FlexCare Platinum (2013) and Oral-B Pro 5000 (2017), however, we wrote-up what we know about them:

Moving on to the Oral-B Pro 5000 (2017): it was loved by Electric Teeth and Android Central - two reliable sources that conduct their own in-depth testing. In fact, it was named "Ranked 2 out of 2" and "Ranked 3 out of 12" in their respective roundups, which points to it being a product worthy of consideration.

We tried doing a direct Philips Sonicare FlexCare Platinum (2013) vs. Oral-B Pro 5000 (2017) review score comparison but couldn't find any sources that tested both.

Next, we took a look at which sources liked them best and found that the Philips Sonicare FlexCare Platinum (2013) most impressed the reviewers at Tech Advisor, who gave it a score of 9, whereas the Oral-B Pro 5000 (2017) did best in its moo.review review - it scored 10 points.

Finally, we also compared their review scores to the rest of their competition - the Philips Sonicare FlexCare Platinum (2013) earned an average review score of 9.0 out of 10 points and the Oral-B Pro 5000 (2017) received an average of 8.3, compared to the 7.4 average of Electric Toothbrushes in general. 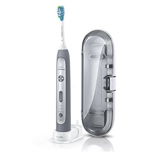 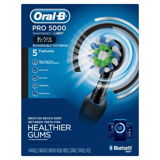 r/Dentistry
in "Got a electric brush for the first time, and HOLY! The ease and the cleanliness I feel!"
Last updated: 10 Apr 2020

r/happy
in "After struggling with gingivitis for years, my teeth are finally white and my gums are healthy. Go me!"
Last updated: 6 Feb 2018
Reddit Threads (5)

r/AskReddit
in "Dentists and Dental Care Professionals of Reddit, what oral hygiene products out there are gimmicks, and what are some underrated products that people should use more often?"
Last updated: 15 Dec 2019

r/Frugal
in "Should I replace my electric toothbrush (which takes removeable batteries) with one that has rechargeable batteries?"
Last updated: 18 Dec 2017

Runner Up
in “Philips Sonicare FlexCare Platinum vs DiamondClean”

Highly Trusted Source
Depth of
analysis
Yes
In-house
Testing
TechGearLab is one of the best sites when it comes to reviewing technology products. Its scientific approach to testing, usage of a clear and consistent method...
Rated 8.0 out of 10
in “Best Electric Toothbrush of 2021”
Last updated: 18 Jan 2021