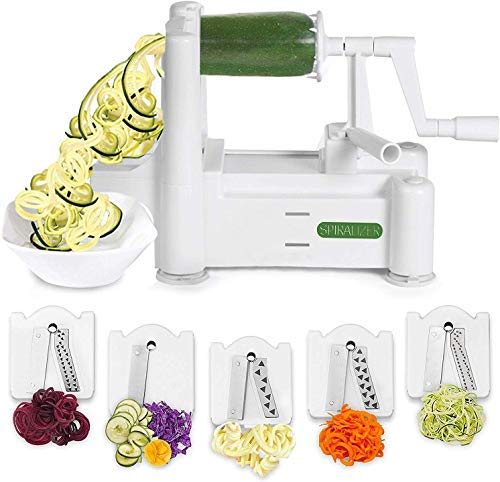 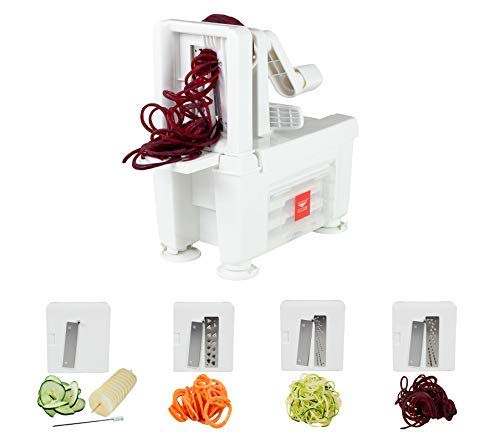 Both the Spiralizer Five-Blade Vegetable Slicer and the Paderno World Cuisine 4-Blade Folding Vegetable Slicer 4982800 are great Spiralizers for people that are willing to spend around $25; it's impossible to go wrong with either option.

The Spiralizer Five-Blade Vegetable Slicer was loved by reviewers at Wirecutter (NYTimes), a highly trusted source that performs reliable in-depth testing. It did great in its "The Best Spiralizer" roundup where it was named its "Runner Up", which, in itself, makes it a product worth considering.

Returning to the Paderno World Cuisine 4-Blade Folding Vegetable Slicer 4982800, America's Test Kitchen, a source that's known for its high-quality in-depth testing, has great things to say about it. In fact, it was named its "Ranked 3 out of 7" in its "Spiralizers" roundup, which is quite a feat. 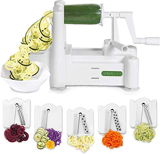 r/PSMF
in "Pro Tip: This is what 33 calories and 6 carbs worth of Zucchini Noodles looks like. Cost me $15 off Amazon to buy the vegetable spiralizer and took 2 minutes to make."
Last updated: 15 Apr 2020

r/videos
in "Japanese inventions are lightyears ahead."
Last updated: 5 Oct 2019

r/keto
in "Of Vegetables that are spiralized how would you sort them from easy to difficult end of spectrum to Spiralize? Which Spiralizer handles difficult ones?"
Last updated: 14 Jun 2018
Has no expert reviews
—
No Data
Decent expert review scores
7.6
Avg. Review Score
Score