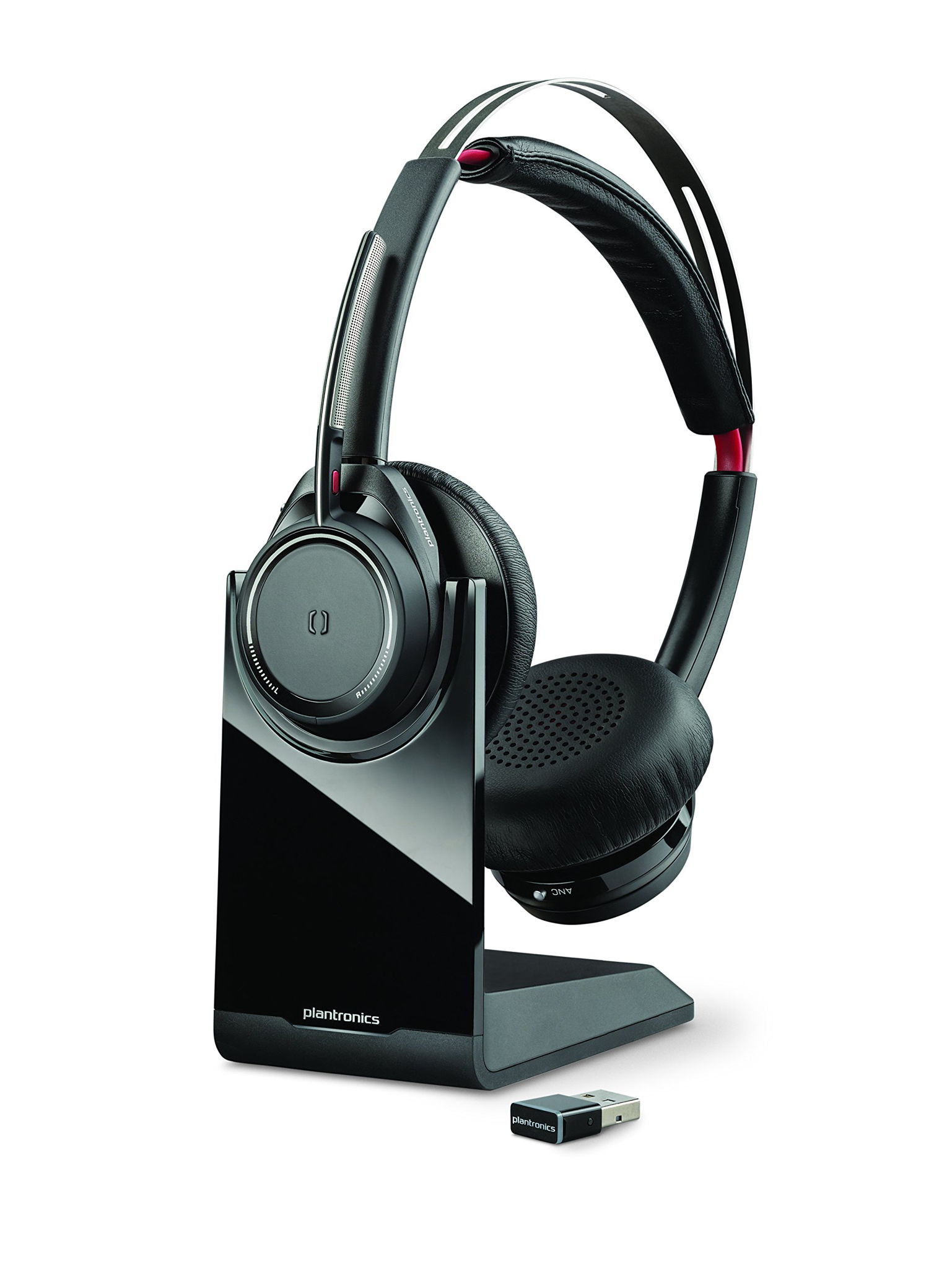 The Plantronics Voyager Focus UC (2015) is a great Bluetooth Headset for its $176 asking price.

The Plantronics Voyager 3200 (2017), however, while a reasonable product for $70, doesn't stack up against its competitors quite as well. If you're considering Bluetooth Headsets in the $90 range, you might want to check out some better options.

The Plantronics Voyager Focus UC (2015) was loved by reviewers at PCmag, a highly trusted source that performs reliable in-depth testing. It did great in its "The Best Bluetooth Headsets for 2020" roundup where it was named its "Best for Deskbound Phone Calls", which, in itself, makes it a product worth considering.

As for the Plantronics Voyager 3200 (2017), it was really well-received by reviewers at Wirecutter (NYTimes), a reliable source that's known for conducting its own, high-quality, in-depth testing. It performed great in its "The Best Bluetooth Headset" roundup and was named its "Runner Up", which, on its own, makes it a product that warrants a closer look.

Lastly, in order to better compare them to their competition, we averaged out their review scores and found that the Plantronics Voyager Focus UC (2015) got received considerably better than the majority of other Bluetooth Headsets - it earned an average of 8.5 out of 10 points, compared to the 7.2 overall rating of other Bluetooth Headsets - while the Plantronics Voyager 3200 (2017) performed worse than most of its competitors, with its average review score of 6.0.

It's worth keeping in mind, however, that a direct Plantronics Voyager Focus UC (2015) vs. Plantronics Voyager 3200 (2017) comparison might not be realistic since they're priced differently and some sources have a tendency to review more expensive products better than cheaper ones.

r/freelance
in "Magic Bullets for Working at Home With a Wife and Two Kids"
Last updated: 25 Oct 2019

r/malelivingspace
in "My work from home corner on Mondays and Fridays."
Last updated: 14 Nov 2018

r/AskReddit
in "What's your "it's expensive but it's worth it" product?"
Last updated: 29 May 2018
See morefewer
Reddit Threads (1)

Best for Deskbound Phone Calls
in “The Best Bluetooth Headsets for 2020”
Last updated: 15 May 2020

Rated 8.4 out of 10
in “Best Bluetooth headphones for conference calls”
Last updated: 14 days ago

Trusted Source
Depth of
analysis
Yes
In-house
Testing
Android Central performs in-depth, hands-on testing of the products and services that it reviews. The site is dedicated to Android fans and brings Android-rela...
Mentioned
in “Best Wireless Headphones with Great Microphones in 2020”
Last updated: 13 days ago

Trusted Source
Depth of
analysis
Yes
In-house
Testing
Reviewed is a website that provides its readers with objective, trustworthy reviews. It extensively tests the performance of products under controlled laborato...
Ranked #9 out of 9
in “The Best Bluetooth Headsets for Phone Calls of 2020”
Last updated: 3 Apr 2020
© Lustre Inc. 2020   •  Terms of Service  •  Privacy Policy  •  Contact