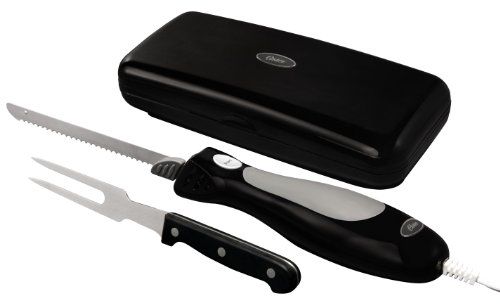 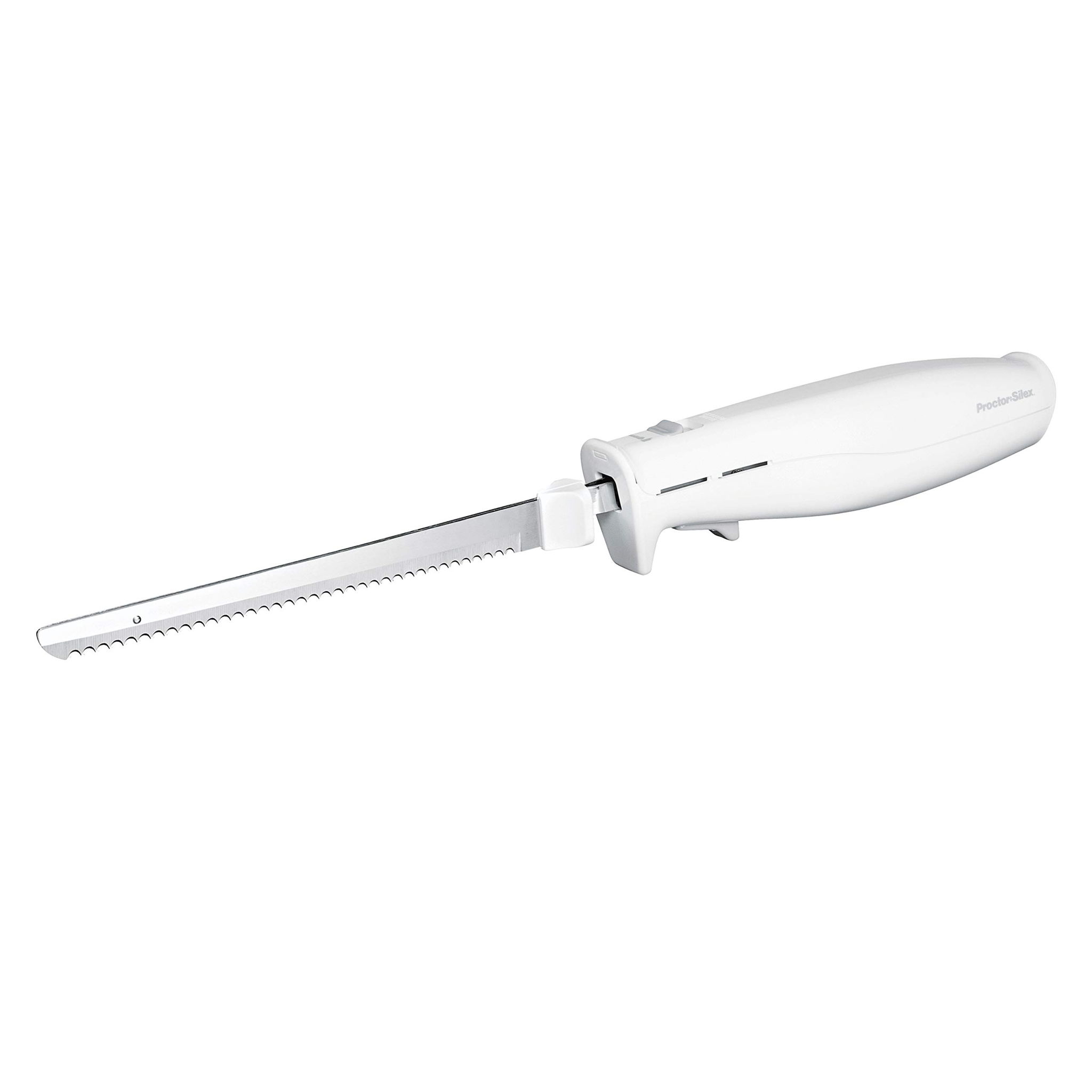 The Oster FPSTEK2803B Electric Knife makes for a good, if unremarkable Electric Knife for people with a $16 budget. The Proctor Silex 74311 Easy Slice Electric Knife, however, is merely mediocre when compared to other options at its price point and won't satisfy the needs of most people.

In both cases, however, you might want to look into some alternatives at the $16 price range - chances are that there are better options available.

If you're still interested in learning more about the Oster FPSTEK2803B Electric Knife and Proctor Silex 74311 Easy Slice Electric Knife, however, we put together a summary of what we know:

The Oster FPSTEK2803B Electric Knife was loved by reviewers at America's Test Kitchen, a highly trusted source that performs reliable in-depth testing. It did great in its "Electric Knives" roundup where it was named its "Ranked 2 out of 4", which, in itself, makes it a product worth considering.

Taking a look at the Proctor Silex 74311 Easy Slice Electric Knife, it got featured in roundups from two reliable sources that conduct their own testing - Reviewed and Wirecutter (NYTimes) - but it fell short of earning a top spot in either.

As a last step, we wanted to do a head-to-head Oster FPSTEK2803B Electric Knife vs. Proctor Silex 74311 Easy Slice Electric Knife comparison of their review performance but, unfortunately, weren't able to find any review ratings on either product. 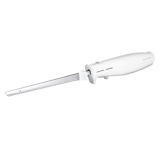 r/fursuit
in "What electric knife is good for foam carving?"
Last updated: 1 Dec 2019

r/Fishing_Gear
in "When it comes to cleaning panfish What's the best knife or setup for the money? I've been using this Rapala one for a while. Looking for a better option. Also what other ways do you guys clean your panfish other then what's shown. Thanks! [Q] [R]"
Last updated: 1 Mar 2018

r/fursuit
in "Cut my hanf yet again since im using a razor blade to cut the foam any tips on how NOT to cut myself?"
Last updated: 20 Jul 2020

r/gaming
in "Boy made me a proper weapon for Father’s Day"
Last updated: 18 Jun 2018
See morefewer
Recommended by trusted experts

Runner Up
in “Electric Knives”

Trusted Source
Depth of
analysis
Yes
In-house
Testing
Reviewed is a website that provides its readers with objective, trustworthy reviews. It extensively tests the performance of products under controlled laborato...
Ranked #6 out of 6
in “The Best Electric Knives of 2021”
Last updated: 16 Nov 2020

Runner Up
in “7 Best Electric Knives, According to Kitchen Experts”
Last updated: 5 Oct 2020