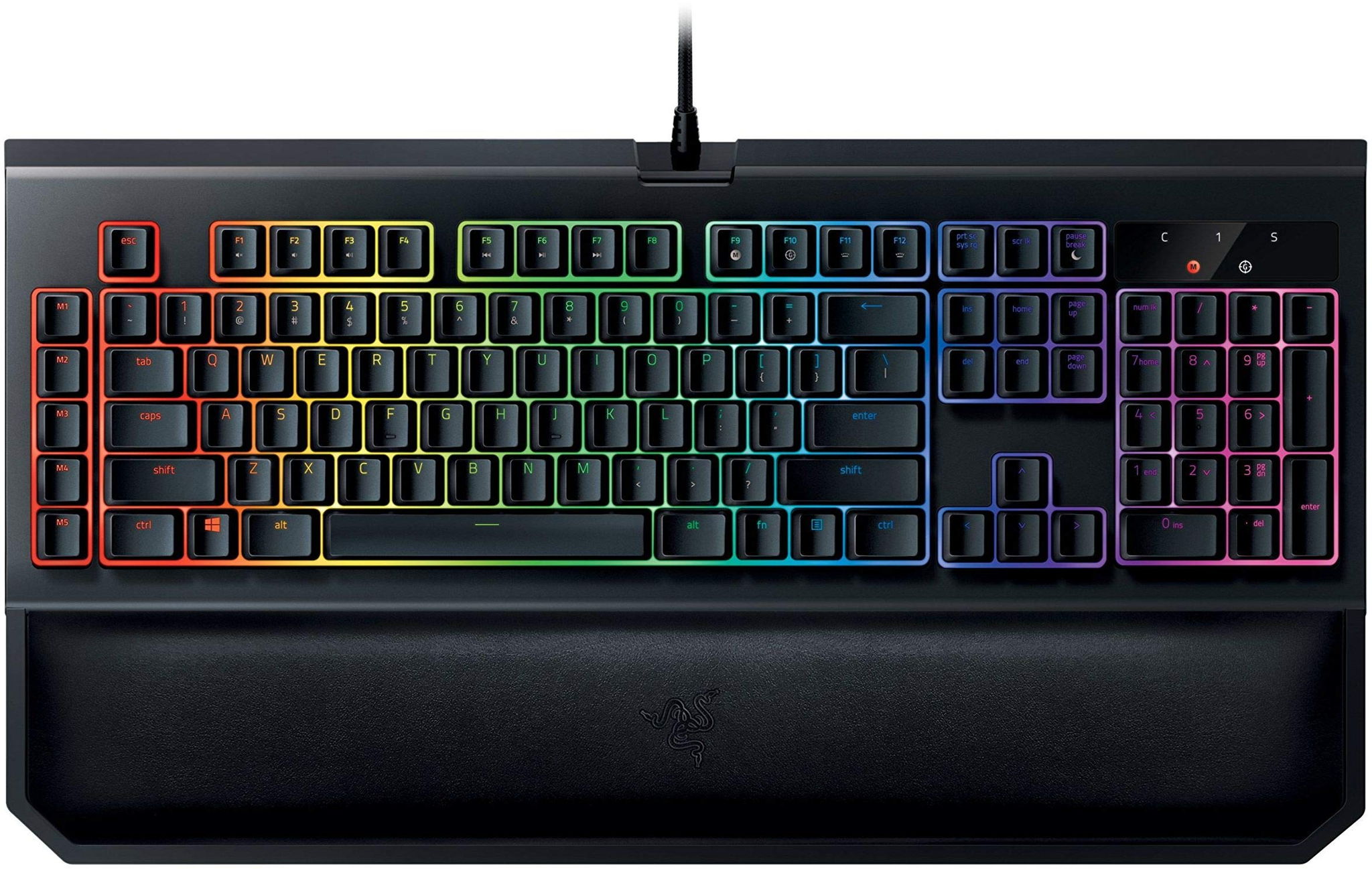 The Corsair K55 (2016) is one of the very best Wired Keyboards that one can get for around $45. The Razer BlackWidow Chroma V2, however, while a very good choice in its own right, falls just a bit short of being remarkable.

The Corsair K55 (2016) was loved by reviewers at TechGearLab, a highly trusted source that performs reliable in-depth testing. It did great in its "Best Gaming Keyboard of 2021" roundup where it was named its "A Budget Full-Size Keyboard", which, in itself, makes it a product worth considering.

As for the Razer BlackWidow Chroma V2, it was really well-received by reviewers at Rtings, a reliable source that's known for conducting its own, high-quality, in-depth testing. It performed great in its "The 3 Best Razer Keyboards of 2021" roundup and was named its "Best Budget Razer Keyboard", which, on its own, makes it a product that warrants a closer look.

We also looked at the available data to find which sources liked each of them best and learned that the Corsair K55 (2016) most impressed reviewers at Gadget Review - they gave it a score of 9.4, whereas the Razer BlackWidow Chroma V2 got rated best by slashgear.com - 9.

r/razer
in "My previous “Battlestation” before actually getting a real setup. What a hot mess ugh"
Last updated: 17 Aug 2020

Runner Up
in “Best Standard Gaming Keyboards”
bestcheapones.com
-
Depth of
analysis
No
In-house
Testing
Ranked #5 out of 5
in “Best Gaming Keyboard Under 100 Dollars - Buying guide”
Last updated: 29 May 2021

Gadget Review
Depth of
analysis
Yes
In-house
Testing
Ranked #6 out of 7
in “Best Keyboard in 2021 (September Reviews)”
Last updated: 28 May 2021