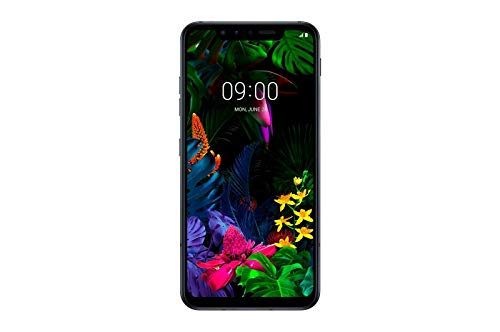 The Samsung Galaxy Note8 (2017), by contrast, is quite unremarkable and doesn't manage to stand out in any way when compared to other products at that price point.

In either case, we suggest that you first check out a few other options at the $350 budget - it's likely that you'll find some better alternatives.

The LG G8S ThinQ (2019) was well-received by reviewers at Android Central, a trustworthy source that performs unbiased hands-on testing. It did great in their "Best Alexa Built-in Phone 2021" roundup - they named it their "Best for Audiophiles", which, by itself, suggests that it's a noteworthy product.

We also looked at the available data to find which sources liked each of them best and learned that the LG G8S ThinQ (2019) most impressed reviewers at Notebookcheck.net - they gave it a score of 8.5, whereas the Samsung Galaxy Note8 (2017) got rated best by PCWorld - 10.

Lastly, we averaged out all of their review data to compare them to their competitors. We found that the Samsung Galaxy Note8 (2017), with its 8.4 out of 10 points, got reviewed noticeably better than most of its competitors - the average Smartphone score being 7.5 - whereas the LG G8S ThinQ (2019) performed worse, with an average of merely 6.8.

Highly Trusted Source
Depth of
analysis
Yes
In-house
Testing
Notebookcheck does hands-on testing of every single product they feature and is one of the most well-respected and informative sources on laptops in the world....
Ranked #6 out of 10
in “The Best Smartphones for Less Than 500 Euros”
Last updated: 11 Mar 2021

Runner Up
in “The best Android alternatives to the iPhone X and iPhone 8”
Last updated: 13 Sep 2017