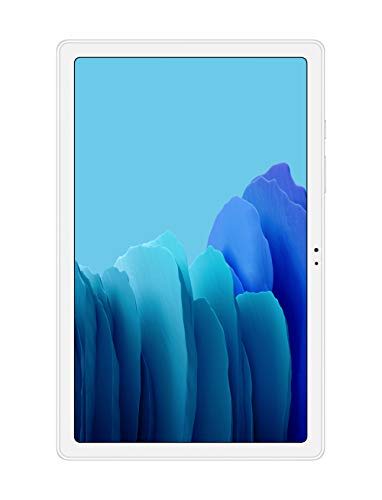 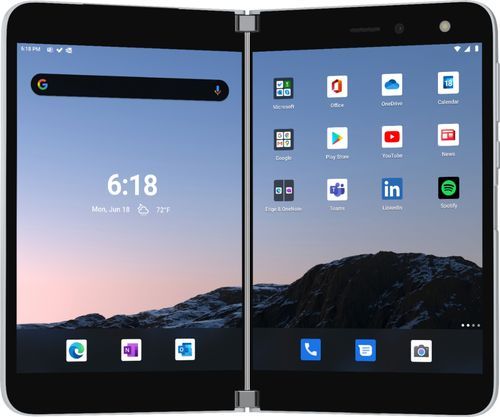 The Samsung Galaxy Tab A7 10.4 (2020) was highly praised by reviewers from numerous sources that perform their own objective hands-on testing, including Popular Mechanics, Good Housekeeping, MakeUseOf, Android Central, and PhoneArena. It did great in their roundups - it was dubbed "Best for Entertainment" by Popular Mechanics, "Best Samsung Android Tablet for Kids" by Good Housekeeping, and "Ranked 1 out of 7" by MakeUseOf. That alone makes it at least worth considering.

As for the DELETE_Microsoft Surface Duo - it wasn't considered to be a good enough purchase to earn a spot in any roundups conducted by sources that perform objective hands-on testing, which typically indicates that a product isn't worth its asking price.

We nevertheless pitted the Samsung Galaxy Tab A7 10.4 (2020) against other Tablets on the market and found that it, on average, performed worse than its competitors - it earned a review average of 6.0 out of 10, compared to the 7.5 review average of Tablets in general.

PCmag
6.0
Has no expert reviews
—
No Data
Recommended by trusted experts

The best mid-range Android tablet
in “The Best Android Tablets, According to Experts”
Last updated: 2 Aug 2021
atutor.ca
-
Depth of
analysis
No
In-house
Testing

Best Overall
in “8 Best Tablets for Teachers in 2023”
Last updated: 25 days ago
mediapeanut.com
-
Depth of
analysis
No
In-house
Testing

Best Sound
in “10 Best Cheap Tablets That Can Do More Than You Think”
Last updated: 21 Oct 2022
mediapeanut.com
-
Depth of
analysis
No
In-house
Testing

Runner Up
in “7 Best Cheap Tablets For Watching Movies | 2023”
Last updated: 13 days ago
electronicshub.org
-
Depth of
analysis
No
In-house
Testing

Best mid-tier Android Tablet with a big screen for sheet music
in “10 Largest Android Tablets That Are 11 Inches Or Bigger | 2022”
Last updated: 23 days ago