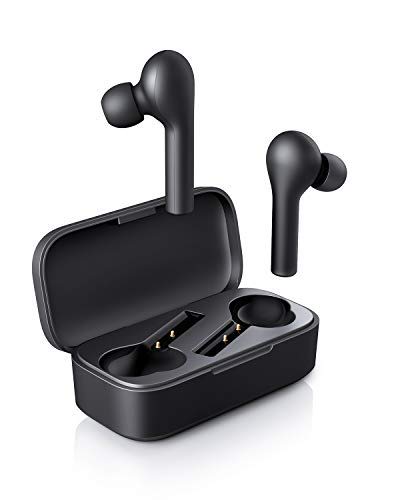 The Aukey T21 makes for a good, if unremarkable, Earphone for people with a $35 budget.

If you're still interested in learning more about the Aukey T21 and Samsung Gear IconX (2016), however, we wrote a summary of what we could find about them:

The Aukey T21 was loved by reviewers at Tom's Guide, a highly trusted source that performs reliable in-depth testing. It did great in its "Best fake AirPods of 2021" roundup where it was named its "Surprisingly great performance for $30", which, in itself, makes it a product worth considering.

Compared to all other Earphones on the market, however, the Aukey T21 performed great. When averaged out, it earned a rating of 8.0 out of 10, which is much better than the 7.3 review average of Earphones in general.

r/thinkpad
in "Getting ready for a once-a-year LAN party"
Last updated: 3 Jan 2020

Surprisingly great performance for $30
in “The best cheap wireless earbuds in 2021”
Last updated: 13 days ago