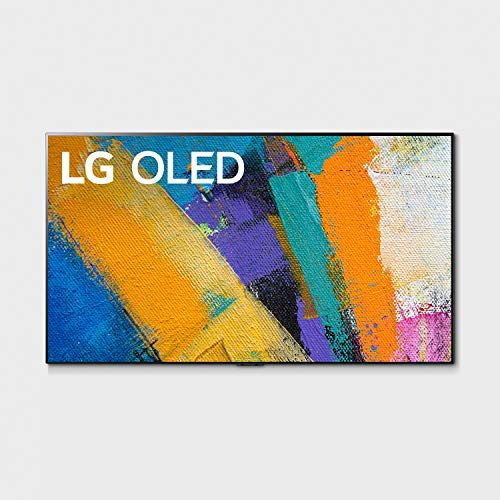 The Samsung N5300 32" and LG GX OLED 77" make for good, if unremarkable, TVs at their respective budgets.

With that said, while they both should serve reasonably well, you might want to look into other options at the $220 and $3,600 price points - it's likely that there are some better alternatives available.

If you want to learn more about the Samsung N5300 32" and the LG GX OLED 77", however, we prepared a summary of the information that we have:

The Samsung N5300 32" was loved by reviewers at Rtings, a highly trusted source that performs reliable in-depth testing. It did great in its "The 3 Best 1080p TVs - Winter 2021" roundup where it was named its "Runner Up for Best 1080p TV - Wide Viewing Angle Alternative", which, in itself, makes it a product worth considering.

Moving on to the LG GX OLED 77": it was loved by TrustedReviews and Techradar - two reliable sources that conduct their own in-depth testing. In fact, it was named "Ranked 3 out of 3" and "Ranked 2 out of 6" in their respective roundups, which points to it being a product worthy of consideration.

We conducted an analysis of all of the review data that we could find on these two products. First, we focused on sources that tested and rated both of them, like Rtings, and learned that they all showed a preference for the LG GX OLED 77".

Then we took a look at the highest review scores that these two TVs received. We found that the Samsung N5300 32" managed to earn a rating of 5.7 from Rtings, whereas the LG GX OLED 77" got its highest, 9, score from reviewers at Pocket-lint.

Finally, we calculated their average review scores from all of the data we could find and compared those to TVs in general. It turns out that the LG GX OLED 77", with its 8.6 average, got reviewed considerably better than most of its competition - the overall average for TVs being 7.7 out of 10 points - whereas the Samsung N5300 32" performed worse than most, with an average review score of 5.7.

However, it's worth pointing out that a direct Samsung N5300 32" vs. LG GX OLED 77" comparison might not be entirely fair, because some sources have a tendency of not taking value for money into account when reviewing products. 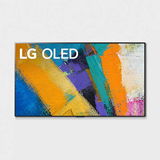 r/sonos
in "Just got the Sonos Arc, Sub G3, and two One SLs now trying to find the best TV to compliment, any suggestions?"
Last updated: 21 Jun 2020

Trusted Source
Depth of
analysis
Yes
In-house
Testing
Reviewed is a website that provides its readers with objective, trustworthy reviews. It extensively tests the performance of products under controlled laborato...
Ranked #4 out of 4
in “The Best 32 inch TVs of 2021”
Last updated: 9 days ago

Trusted Source
Depth of
analysis
Yes
In-house
Testing
Rated 8.0 out of 10
in “Best TV 2021: Which TV should I buy?”
Last updated: 3 days ago

Trusted Source
Depth of
analysis
Yes
In-house
Testing
TechRadar performs extensive research and uses well-thought-out and objective methodologies when testing the various products and services that it covers. The...
Ranked #4 out of 10
in “Best 4K TV 2021: the top 10 Ultra-HD TVs worth buying this year”
Last updated: 11 days ago

Highly Trusted Source
Depth of
analysis
Yes
In-house
Testing
Rtings performs extensive hands-on testing under controlled laboratory conditions and is great at presenting its findings to the reader. It focuses on a rela...
Mentioned
in “The 6 Best 70-75-77 Inch TVs - Winter 2021”
Last updated: 8 days ago

Trusted Source
Depth of
analysis
Yes
In-house
Testing
Trusted Reviews does its own testing of all of the products it reviews. What's more, it's impressively consistent in its analysis and methodology acro...
Mentioned
in “Best LG TV: The best TVs LG offers in 2020”
Last updated: 16 Dec 2020