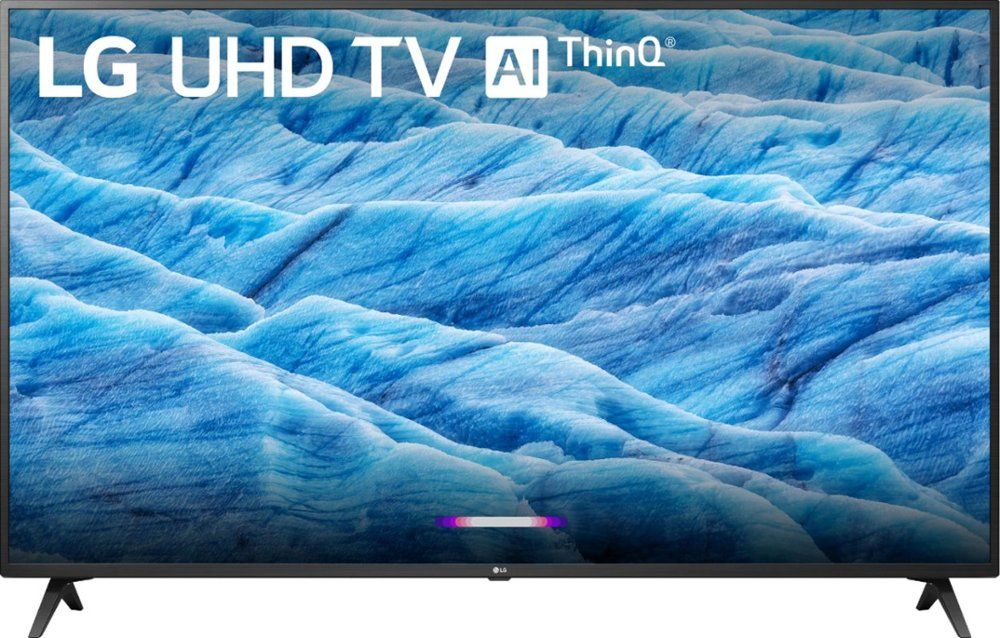 With that said, while they both should serve reasonably well, you might want to look into other options at the $230 and $480 price points - it's likely that there are some better alternatives available.

We conducted an analysis of all of the review data that we could find on these two products. First, we focused on sources that tested and rated both of them, like Rtings, and learned that they all showed a preference for the LG UM7300 55".

Then we took a look at the highest review scores that these two TVs received. We found that the Samsung N5300 32" managed to earn a rating of 5.7 from Rtings, whereas the LG UM7300 55" got its highest, 7, score from reviewers at Tom's Guide.

Finally, we analyzed all of their review data and compared their averages to other options on the market. With an average review rating of 7.0 out of 10 points, the LG UM7300 55" performed similarly to most of its competitors - the overall average review score for TVs being 7.7 - whereas the Samsung N5300 32" performed worse than most, with its 5.7 average.

It's worth keeping in mind that a direct Samsung N5300 32" vs. LG UM7300 55" comparison might not be entirely fair because some sources tend to ignore value for money when assigning their scores and thus often give better reviews to more expensive products.

The LG UM7300 is LG's 2019 budget-friendly IPS LED TV. This TV is best suited for large rooms where people might need to look at the screen from an angle.

For its price, the TV does a good job of displaying relatively vivid and accurate colors and highlights, thanks to its IPS panel. Its dark scene performance, however, is somewhat lackluster as the blacks look washed-out and non-uniform; a common problem with IPS panels.

Like almost every TV in its price range, the LG UM7300 offers only marginal HDR coverage because its HDR brightness and color gamut aren't good enough to highlight the differences between the standard and HDR viewing modes. However, the TV supports both HDR10 and HLG.

This is a great option for those interested in gaming because the TV features a 'Gaming Mode', which minimizes input lag. Sports fans might also want to consider this TV since it does a good job of handling fast motion because of its quick and accurate image refresh rate.

The UM7300 runs LG's user-friendly WebOS. Its navigation feels smooth and flawless because of its powerful quad-core processor and it comes with LG's Magic Remote, which also features voice controls and can double as a pointer.

Highly Trusted Source
Depth of
analysis
Yes
In-house
Testing
Rtings performs extensive hands-on testing under controlled laboratory conditions and is great at presenting its findings to the reader. It focuses on a rela...
Mentioned
in “The 5 Best TVs Under $300 - Fall 2020”
Last updated: 8 days ago
Recommended by trusted experts