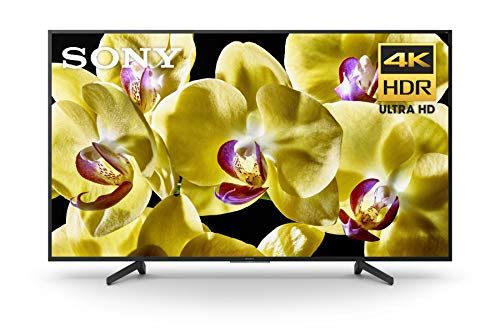 Android Authority: Ranked #6 out of 8

The Samsung N5300 32" is a relatively good TV for people that are willing to spend around $220. The Sony X800 65" (2019), by contrast, is quite unremarkable and doesn't stand out in any meaningful way from other products at this price point.

In both cases, however, we recommend that you take look at some other options at the $220 and $900 budget ranges; in all likelihood you'll find some better alternatives.

Taking a look at the Sony X800 65" (2019), it got featured in roundups from two reliable sources that conduct their own testing - Rtings and Android Authority - but it fell short of earning a top spot in either.

We conducted an analysis of all of the review data that we could find on these two products. First, we focused on sources that tested and rated both of them, like Rtings, and learned that they all showed a preference for the Sony X800 65" (2019).

Finally, we compared them to other TVs on the market and found that they, on average, performed worse their competitors in reviews. The overall average rating received by TVs is 7.7, compared to the 5.7 and 6.6 review scores earned by the Samsung N5300 32" and Sony X800 65" (2019), respectively.

It's worth keeping in mind that doing such a direct Samsung N5300 32" vs. Sony X800 65" (2019) comparison isn't necessarily realistic, because these two products aren't priced the same and some sources don't take value for money into account when determining their final scores, which often leads to cheaper products being rated worse than more expensive ones.

Sony's 2019 X800G offers massive improvements over its predecessor, the 2017 X800E, in both its image quality and feature set.

The Sony X800G is a budget TV from 2019. It works best in large, well-lit rooms, where its relatively high brightness and semi-glossy finish do a good job of handling reflections and blur. The TV is a decent choice for displaying highly dynamic content due to its good motion handling. However, the X800G has too much input lag for serious gamers. The TV also has good viewing angles, thanks to its IPS panel.

For its price, the X800G offers average overall image quality. The TV is only decent at displaying colors, which end up slightly washed-out and inaccurate. Its dark scene performance isn't great, as the TV's IPS panel can't handle the levels of contrast and uniformity needed to display dark scenes properly.

The largest variant of the Sony X800G, the 75" XBR75X800G, comes with a VA panel instead of an IPS one, which improves the image quality at the expense of worse viewing angles.

The TV is a bad choice for consuming HDR content despite supporting HDR10 and HLG because its panel can't properly take advantage of the technology.

The X800G runs Android TV, which offers a wide selection of apps while also displaying a lot of ads and suggested content. The TV comes with a simple remote that supports voice controls and requires no line of sight to operate the TV.

Highly Trusted Source
Depth of
analysis
Yes
In-house
Testing
Rtings performs extensive hands-on testing under controlled laboratory conditions and is great at presenting its findings to the reader. It focuses on a rela...
Mentioned
in “The 5 Best TVs Under $300 - Fall 2020”
Last updated: 4 days ago
Recommended by trusted experts

Trusted Source
Depth of
analysis
Yes
In-house
Testing
Ranked #6 out of 8
in “The best 40-inch TVs: What are your options?”
Last updated: 8 Dec 2019