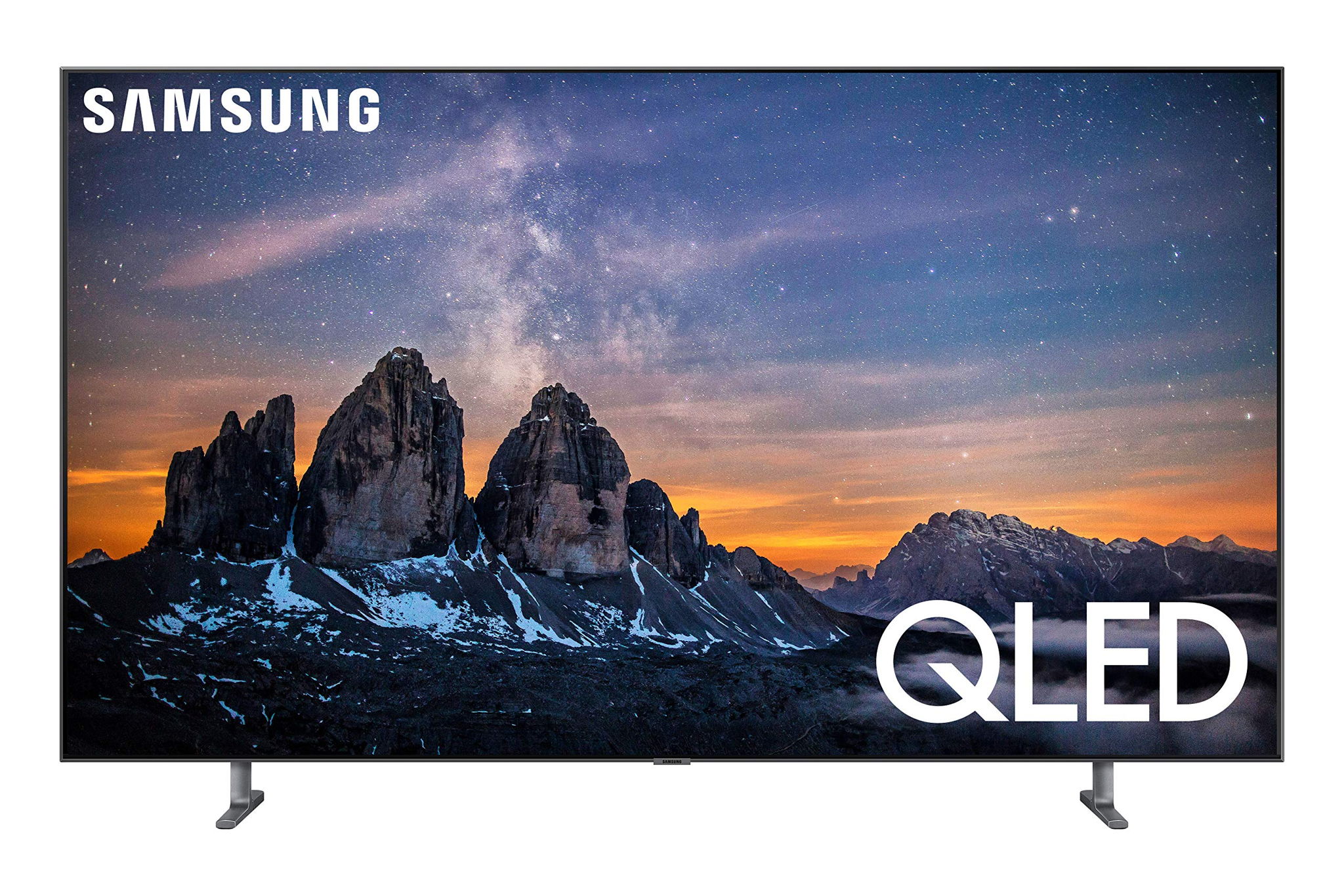 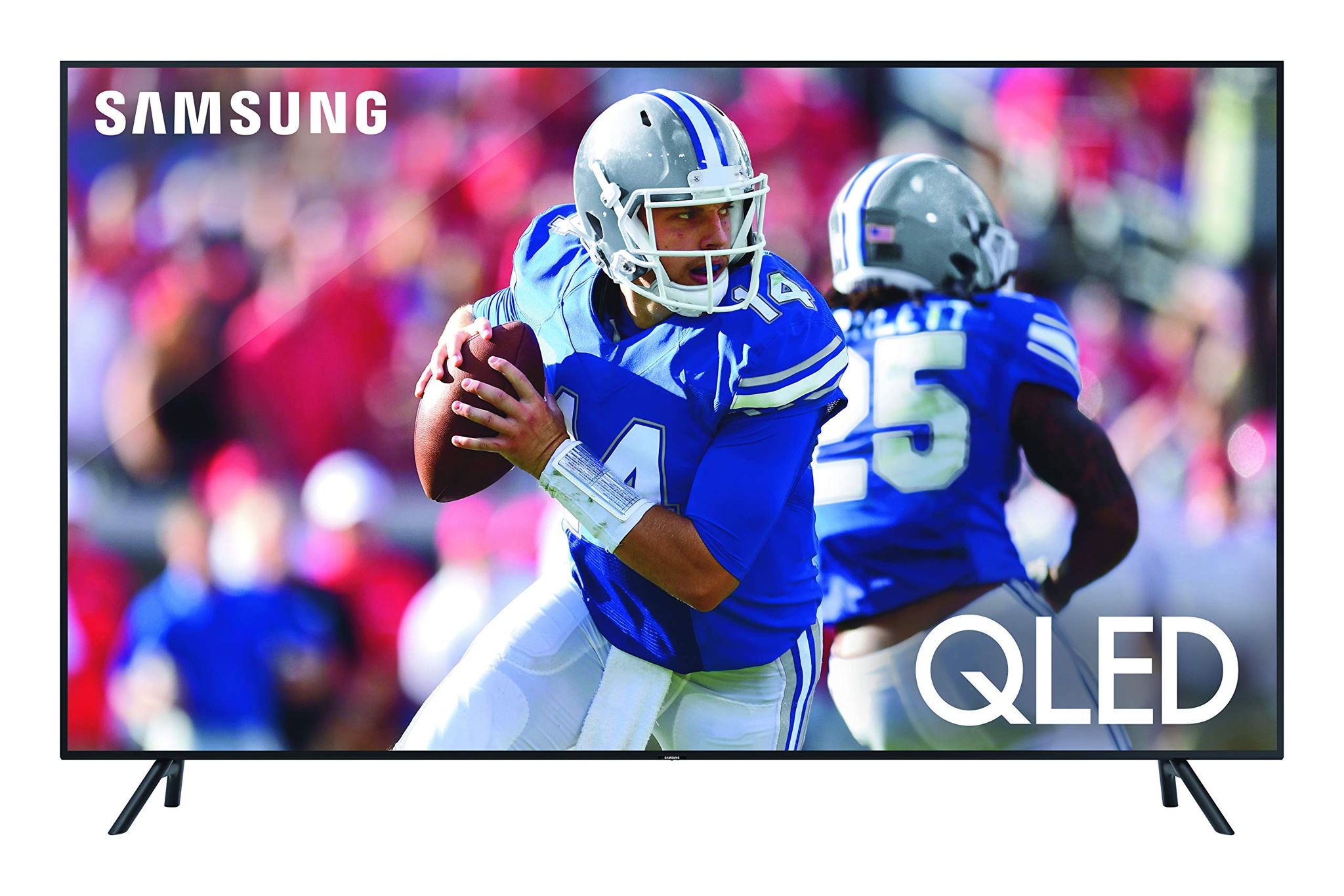 The Samsung Q80 82" and Samsung Q60R 82" make for good, if unremarkable, TVs at their respective budgets.

With that said, while they both should serve reasonably well, you might want to look into other options at the $2,300 and $1,900 price points - it's likely that there are some better alternatives available.

If you want to learn more about the Samsung Q80 82" and the Samsung Q60R 82", however, we prepared a summary of the information that we have:

The Samsung Q80 82" was loved by reviewers at Wirecutter (NYTimes), a highly trusted source that performs reliable in-depth testing. It did great in its "The Best TV for Video Games" roundup where it was named its "Also great", which, in itself, makes it a product worth considering.

Returning to the Samsung Q60R 82", Tom's Guide, a source that's known for its high-quality in-depth testing, has great things to say about it. In fact, it was named its "Best bargain TV for 4K gaming" in its "The best gaming TVs for 2020" roundup, which is quite a feat.

When we thoroughly analyzed their review scores, we learned that all of the sources that tested both TVs, including TechHive, Rtings, and Techradar, preferred the Samsung Q80 82" over the Samsung Q60R 82".

We also took a look at which sources they managed to impress the most. The Samsung Q80 82" was liked best by TechHive, which gave it a score of 9, while the Samsung Q60R 82" got its highest, 9.4, score from Lifewire.

Lastly, we averaged out all of the reviews scores that we could find on these two products and compared them to other TVs on the market. We learned that both of them performed far better than most of their competitors - the overall review average earned by TVs being 7.7 out of 10, whereas the Samsung Q80 82" and Samsung Q60R 82" managed averages of 8.4 and 8.0 points, respectively.

Due to the difference in their prices, however, it's important to keep in mind that a direct Samsung Q80 82" vs. Samsung Q60R 82" comparison might not be entirely fair - some sources don't take value for money into account when assigning their scores and therefore have a tendency to rate more premium products better.

r/hometheater
in "Where are you on the Soap Opera Effect spectrum?"
Last updated: 25 Oct 2019
Reddit Threads (1)

r/PS5
in "Want to grab a new 4K monitor or TV for PS5, which would you recommend and why for under $1k?"
Last updated: 5 Jul 2020
Higher than average expert review score
7.7
Overall Avg. for TVs
8.4
Avg. Review Score
Score

Also great
in “The Best TV for Video Games”
Last updated: 9 days ago

Trusted Source
Depth of
analysis
Yes
In-house
Testing
Reviewed is a website that provides its readers with objective, trustworthy reviews. It extensively tests the performance of products under controlled laborato...
Ranked #6 out of 11
in “The Best 75-inch TVs of 2020”
Last updated: 5 Sep 2020

Trusted Source
Depth of
analysis
Yes
In-house
Testing
Reviewed is a website that provides its readers with objective, trustworthy reviews. It extensively tests the performance of products under controlled laborato...
Ranked #6 out of 11
in “The Best 55-inch TVs of 2020”
Last updated: 24 Aug 2020

Trusted Source
Depth of
analysis
Yes
In-house
Testing
Reviewed is a website that provides its readers with objective, trustworthy reviews. It extensively tests the performance of products under controlled laborato...
Ranked #6 out of 12
in “The Best Smart TVs of 2020”
Last updated: 11 Jun 2020

Trusted Source
Depth of
analysis
Yes
In-house
Testing
Reviewed is a website that provides its readers with objective, trustworthy reviews. It extensively tests the performance of products under controlled laborato...
Ranked #7 out of 12
in “The Best 4K UHD TVs of 2020”
Last updated: 22 May 2020

Trusted Source
Depth of
analysis
Yes
In-house
Testing
Reviewed is a website that provides its readers with objective, trustworthy reviews. It extensively tests the performance of products under controlled laborato...
Ranked #8 out of 13
in “The Best 65-inch TVs of 2020”
Last updated: 22 Aug 2020