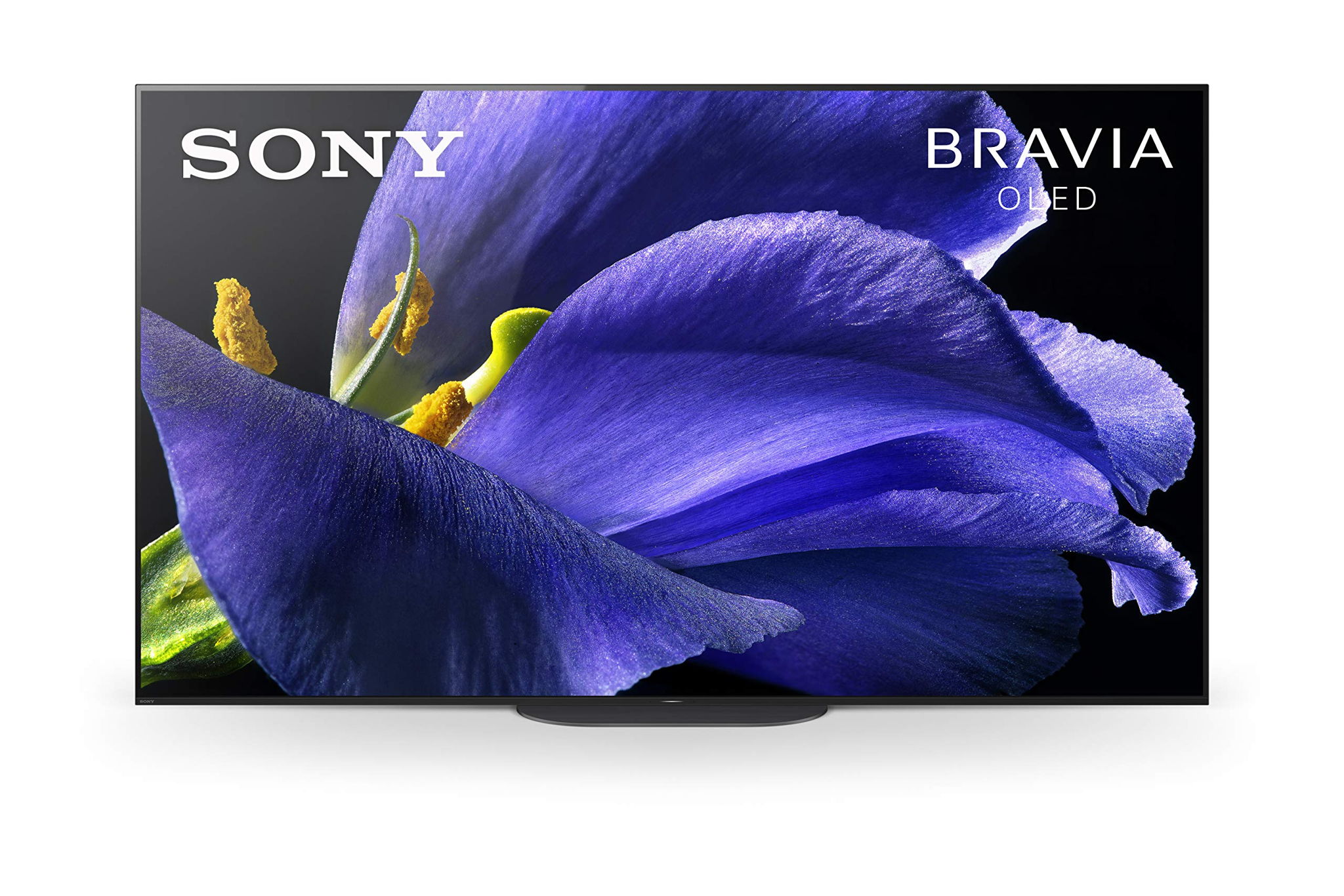 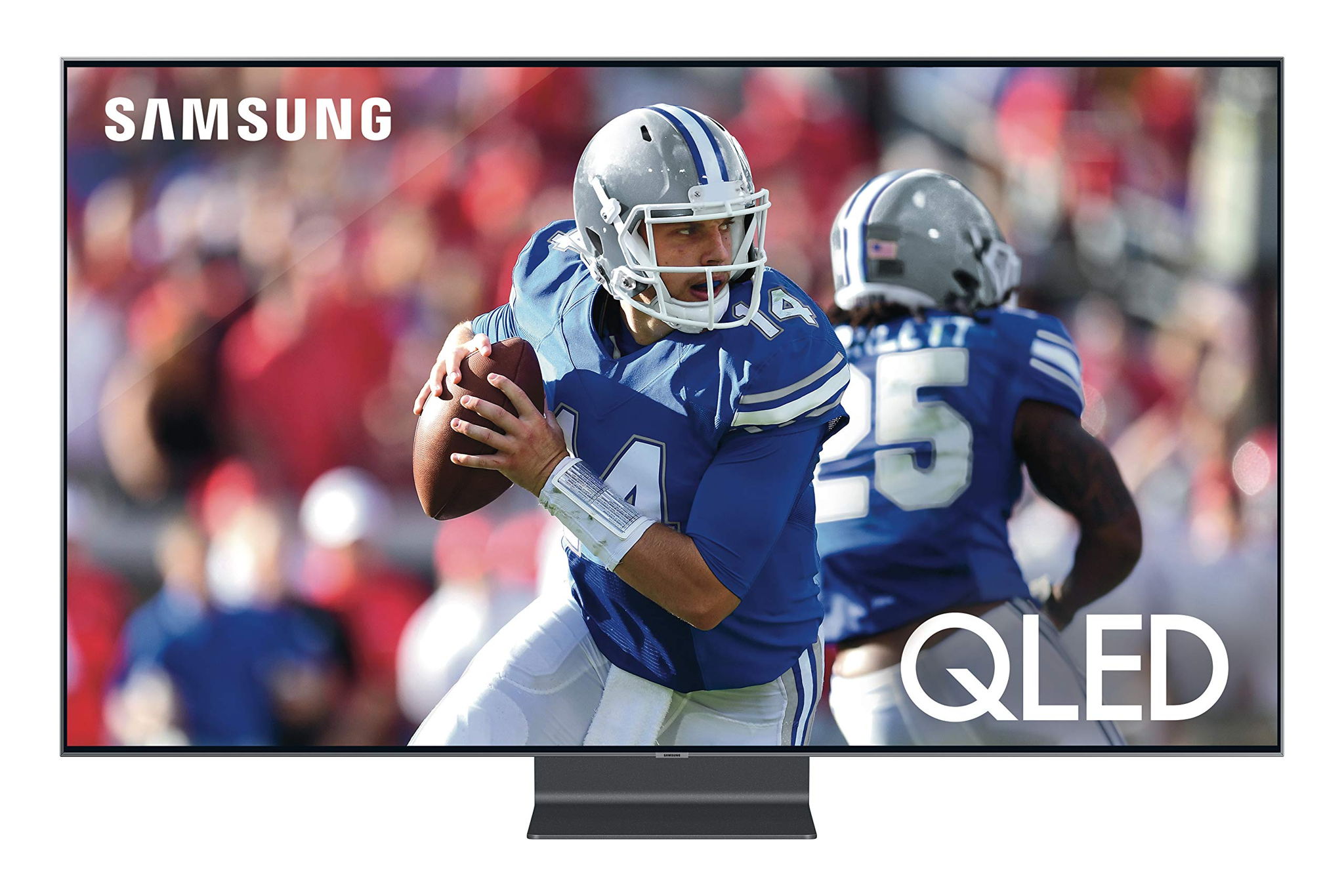 The Samsung Q90 65", however, while a reasonable product for $3044, doesn't stack up against its competitors quite as well. If you're considering TVs in the $2,300 range, you might want to check out some better options.

While the Sony A9 Series 77" (2019) wasn't able to make it to the very top of any roundups from sources that perform quality hands-on testing, it still got featured in a large number of them. Techradar, Expert Reviews, Rtings, Tech Advisor, Tom's Guide, hardwarezone.com.sg, PCmag, Android Authority, Wirecutter (NYTimes), and TrustedReviews have all deemed it worthy of a place on their respective shortlists.

Returning to the Samsung Q90 65", it managed to impress reviewers from two sources that are considered to be some of the most highly trusted on the internet, thanks to their in-depth hands-on testing - Tom's Guide and PCmag. It performed great in their respective TV roundups - it was named "The best LCD TV with HDMI 2.1" by Tom's Guide and "Best for High-End Home Theaters" by PCmag. That's quite an endorsement, especially coming from such high-quality sources.

Out of the sources that tested and rated both of these TVs, Digitaltrends, Gadget Review, and Rtings preferred the Sony A9 Series 77" (2019), whereas reviewers at Top Ten Reviews and PCmag liked the Samsung Q90 65" better. Techradar, Pocket-lint, Expert Reviews, and Tom's Guide gave them identical review scores.

We also took a look at which sources liked these products best - the highest Sony A9 Series 77" (2019) rating came from Techradar, whereas the Samsung Q90 65" most impressed reviewers at Techradar; they earned scores of 10 and 10, respectively.

Lastly, we averaged out all of the reviews scores that we could find on these two products and compared them to other TVs on the market. We learned that both of them performed far better than most of their competitors - the overall review average earned by TVs being 7.7 out of 10, whereas the Sony A9 Series 77" (2019) and Samsung Q90 65" managed averages of 9.2 and 9.4 points, respectively.

Due to the difference in their prices, however, it's important to keep in mind that a direct Sony A9 Series 77" (2019) vs. Samsung Q90 65" comparison might not be entirely fair - some sources don't take value for money into account when assigning their scores and therefore have a tendency to rate more premium products better.

Samsung's Q90 is the successor to the 2018 Samsung Q9FN and offers similar performance to its predecessor but still comes with some noteworthy improvements, like much wider viewing angles. However, given the current high price of the Samsung Q90, the Samsung Q9FN might still be worth considering.

The Samsung Q90 is the company's highest-end TV of 2019 and delivers excellent performance in every situation. Its exceptional image quality makes it a stellar every day and home theater TV and its excellent motion control and low input lag make it a great option for gamers and sports fans. Also, unlike many other VA TVs in this price range, this TV doesn't suffer from narrow viewing angles.

The Samsung Q90 competes against the very best OLED TVs of 2019 when it comes to image quality. It can reproduce stunning scenes with bright and life-like colors as well as some nearly ideal deep and inky blacks. However, to get the best results you might need to adjust some settings. Luckily, the optimal configurations are available on the internet.

It runs on the intuitive and smooth Tizen OS. Unlike traditional TVs that have their inputs and outputs situated at the back or sides of the panel, the Q90 runs all of its connections through a separate box that's connected to the panel via a single cable. The TV comes with a stylish and minimalistic remote that supports voice commands.

r/ghostoftsushima
in "So what kind of monitor/TV is everyone using for this game? I have a 4k Vizio D series I've been playing on and it's really been causing me eye strain with a bunch of motion blur and idk if its because my TV or the game."
Last updated: 21 Jul 2020
Significantly higher than average expert review score
7.7
Overall Avg. for TVs
9.2
Avg. Review Score
Score

Best Overall
in “The best Android TV devices — what are your options?”
Last updated: 25 days ago

The A9G Master Series is an OLED to take on the best
in “Best 55-inch 4K TVs 2020: flagship screens for any budget”
Last updated: 11 days ago

Trusted Source
Depth of
analysis
Yes
In-house
Testing
Trusted Reviews does its own testing of all of the products it reviews. What's more, it's impressively consistent in its analysis and methodology acro...
Mentioned
in “Best OLED TV 2020: The top OLEDs you can buy”
Last updated: 14 Oct 2020
See more recommendationsfewer recommendations
Highly recommended by trusted experts

Trusted Source
Depth of
analysis
Yes
In-house
Testing
Reviewed is a website that provides its readers with objective, trustworthy reviews. It extensively tests the performance of products under controlled laborato...
Ranked #5 out of 11
in “The Best 75-inch TVs of 2020”
Last updated: 5 Sep 2020

Best for High-End Home Theaters
in “The Best TVs for 2020”
Last updated: 8 days ago

Trusted Source
Depth of
analysis
Yes
In-house
Testing
Reviewed is a website that provides its readers with objective, trustworthy reviews. It extensively tests the performance of products under controlled laborato...
Ranked #5 out of 12
in “The Best Smart TVs of 2020”
Last updated: 11 Jun 2020

Trusted Source
Depth of
analysis
Yes
In-house
Testing
Reviewed is a website that provides its readers with objective, trustworthy reviews. It extensively tests the performance of products under controlled laborato...
Ranked #6 out of 6
in “The Best TVs for PlayStation 5 of 2020”
Last updated: 18 days ago

Trusted Source
Depth of
analysis
Yes
In-house
Testing
Reviewed is a website that provides its readers with objective, trustworthy reviews. It extensively tests the performance of products under controlled laborato...
Ranked #6 out of 12
in “The Best 4K UHD TVs of 2020”
Last updated: 22 May 2020

Trusted Source
Depth of
analysis
Yes
In-house
Testing
Reviewed is a website that provides its readers with objective, trustworthy reviews. It extensively tests the performance of products under controlled laborato...
Ranked #7 out of 13
in “The Best 65-inch TVs of 2020”
Last updated: 22 Aug 2020

Trusted Source
Depth of
analysis
Yes
In-house
Testing
Reviewed is a website that provides its readers with objective, trustworthy reviews. It extensively tests the performance of products under controlled laborato...
Mentioned
in “These are the best TVs and home theater products of 2019”
Last updated: 4 Nov 2019
See more recommendationsfewer recommendations