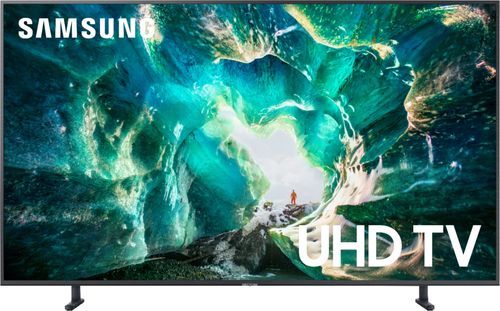 In either case, we suggest that you first take a look at some other options at the $1,900 and $3,100 price points before committing to one of these - it's likely that you'll be able to find some better alternatives.

The Sony A8 55" (2019) hasn't managed to earn a top spot in any roundups from sources that conduct trustworthy hands-on testing. Nevertheless, reviewers from sites, such as Rtings, Techradar, PCmag, and Reviewed all gave it a spot on their list.

When we thoroughly analyzed their review scores, we learned that all of the sources that tested both TVs, including Rtings and PCmag, preferred the Sony A8 55" (2019) over the Samsung RU8000 82".

There's one caveat here - it might not be entirely justifiable to do a direct Sony A8 55" (2019) vs. Samsung RU8000 82" review average comparison since they aren't priced the same and more expensive products tend to get higher review scores from some sources.

Trusted Source
Depth of
analysis
Yes
In-house
Testing
Reviewed is a website that provides its readers with objective, trustworthy reviews. It extensively tests the performance of products under controlled laborato...
Ranked #6 out of 6
in “The Best OLED TVs of 2021”
Last updated: 18 Mar 2021