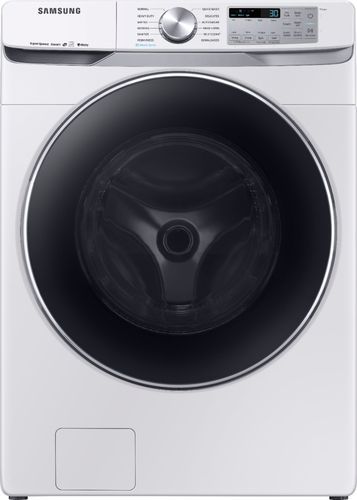 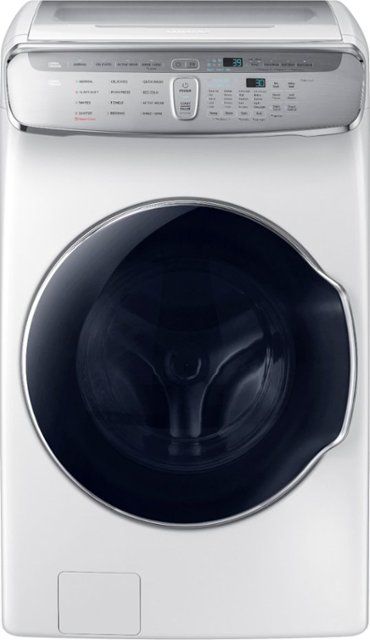 Both options make for good, if unremarkable, Washing Machines at the $2,000 budget range. While they should serve reasonably well, you might want to look into some other options at that price point.

If you're still interested in learning more about the Samsung WF45R6300 and Samsung WV60M9900, however, we wrote-up what we know about them:

Popular Mechanics, a source known for its hands-on testing and objective methodology, had good things to say about the Samsung WF45R6300. It performed great in its "The Best Washing Machines to Make Laundry More Efficient" roundup and earned the "Best Stackable" title.

As for the Samsung WV60M9900 - CNET, a source that conducts reliable hands-on testing, has featured it in its Samsung WV9900 FlexWash review: Samsung's expensive double washer is worth saving up for roundup. However, it didn't make it to any of the top spots.

We tried doing a direct Samsung WF45R6300 vs. Samsung WV60M9900 review score comparison but couldn't find any sources that tested both.

Next, we took a look at which sources liked them best and found that the Samsung WF45R6300 most impressed the reviewers at The Spruce, who gave it a score of 9, whereas the Samsung WV60M9900 did best in its Digitaltrends review - it scored 9 points.

Best Quiet
in “The Best Stackable Washer Dryers of 2023”
Last updated: 26 May 2022
tadesite.com
-
Depth of
analysis
No
In-house
Testing