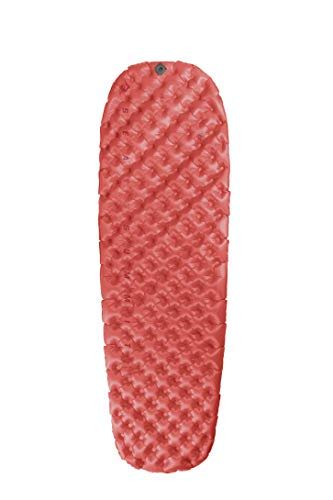 The Klymit Static V makes for a good, if unremarkable, Sleeping Pad for people with a $50 budget.

The Sea to Summit Ultralight Insulated - Women's, however, is merely mediocre at its $139 asking price, when compared to similarly priced products, and won't satisfy the needs of most people.

If you're still interested in learning more about the Klymit Static V and Sea to Summit Ultralight Insulated - Women's, however, we wrote a summary of what we could find about them:

The reviewers at sectionhiker.com have featured the Klymit Static V in their Klymit Insulated Static V Ultra Light Sleeping Pad Review roundup. However, it fell short of making it to the top of their list.

As for the Sea to Summit Ultralight Insulated - Women's - it was really well-received by reviewers at OutdoorGearLab, a great source that's known for conducting high-quality in-depth testing. It performed great in its "Best Sleeping Pad For Women" roundup and was named its "Ranked 3 out of 10", which, on its own, makes it a product that warrants a closer look.

We couldn't find any sources that tested both of these Sleeping Pads, so we only analyzed how they performed in reviews from different sites.

We first examined which sources rated each of these best and found that the Klymit Static V got its highest, 9.6, rating from sectionhiker.com, while the Sea to Summit Ultralight Insulated - Women's earned its best, 9, score from OutdoorGearLab.