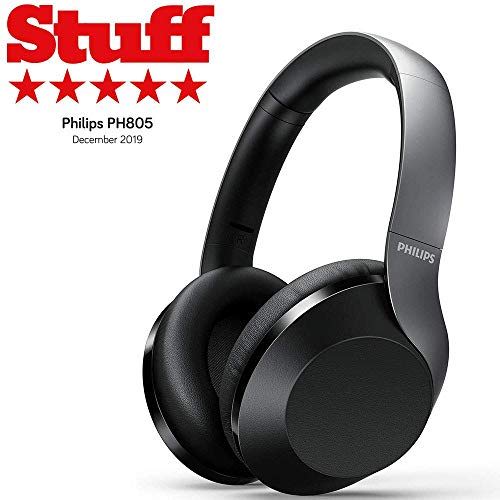 The Sennheiser HD 598 (2010) and Philips PH805 make for good, if unremarkable, Over-Ear Headphones at their respective budgets.

With that said, while they both should serve reasonably well, you might want to look into other options at the $490 and $150 price points - it's likely that there are some better alternatives available.

If you want to learn more about the Sennheiser HD 598 (2010) and the Philips PH805, however, we prepared a summary of the information that we have:

As for the Philips PH805 - it impressed reviewers at Expert Reviews, a trustworthy source that conducts solid hands-on testing. It did great in its "Best over-ear headphones 2021: Our favourite Bluetooth, noise-cancelling and wired over-ear headphones" roundup - in fact, it earned its "The best mid-range over-ear headphones" title, which, on its own, indicates a certain level of quality.

We conducted an analysis of all of the review data that we could find on these two products. First, we focused on sources that tested and rated both of them, like What Hi-Fi?, and learned that they all showed a preference for the Philips PH805.

Then we took a look at the highest review scores that these two Over-Ear Headphones received. We found that the Sennheiser HD 598 (2010) managed to earn a rating of 9.5 from Head-fi, whereas the Philips PH805 got its highest, 10, score from reviewers at Expert Reviews.

Lastly, we averaged out all of the reviews scores that we could find on these two products and compared them to other Over-Ear Headphones on the market. We learned that both of them performed far better than most of their competitors - the overall review average earned by Over-Ear Headphones being 7.5 out of 10, whereas the Sennheiser HD 598 (2010) and Philips PH805 managed averages of 7.8 and 9.0 points, respectively.

Due to the difference in their prices, however, it's important to keep in mind that a direct Sennheiser HD 598 (2010) vs. Philips PH805 comparison might not be entirely fair - some sources don't take value for money into account when assigning their scores and therefore have a tendency to rate more premium products better. 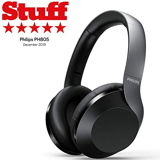 r/headphones
in "Next month is my one year anniversary (2nd August) with these beauties. Changed music/podcasts/sound in general for me forever. Sony WH-1000XM3 ❤️"
Last updated: 7 Jun 2020

r/AskReddit
in "What do you think about the Sennheiser HD 4.50 btnc?"
Last updated: 2 Jan 2020
See morefewer
Reddit Threads (6)

Trusted Source
Depth of
analysis
Yes
In-house
Testing
TechRadar performs extensive research and uses well-thought-out and objective methodologies when testing the various products and services that it covers. The...
Ranked #6 out of 37
in “The best wireless headphones 2021: our pick of the best ways to cut the cord”
Last updated: 11 days ago

Trusted Source
Depth of
analysis
Yes
In-house
Testing
TechRadar performs extensive research and uses well-thought-out and objective methodologies when testing the various products and services that it covers. The...
Ranked #7 out of 17
in “Best over-ear headphones 2021: the best-sounding headphones you can buy”
Last updated: 11 days ago

Trusted Source
Depth of
analysis
Yes
In-house
Testing
Trusted Reviews does its own testing of all of the products it reviews. What's more, it's impressively consistent in its analysis and methodology acro...
Mentioned
in “Best headphones 2020: The best wired and wireless options”
Last updated: a month ago
See more recommendationsfewer recommendations
Recommended by trusted experts