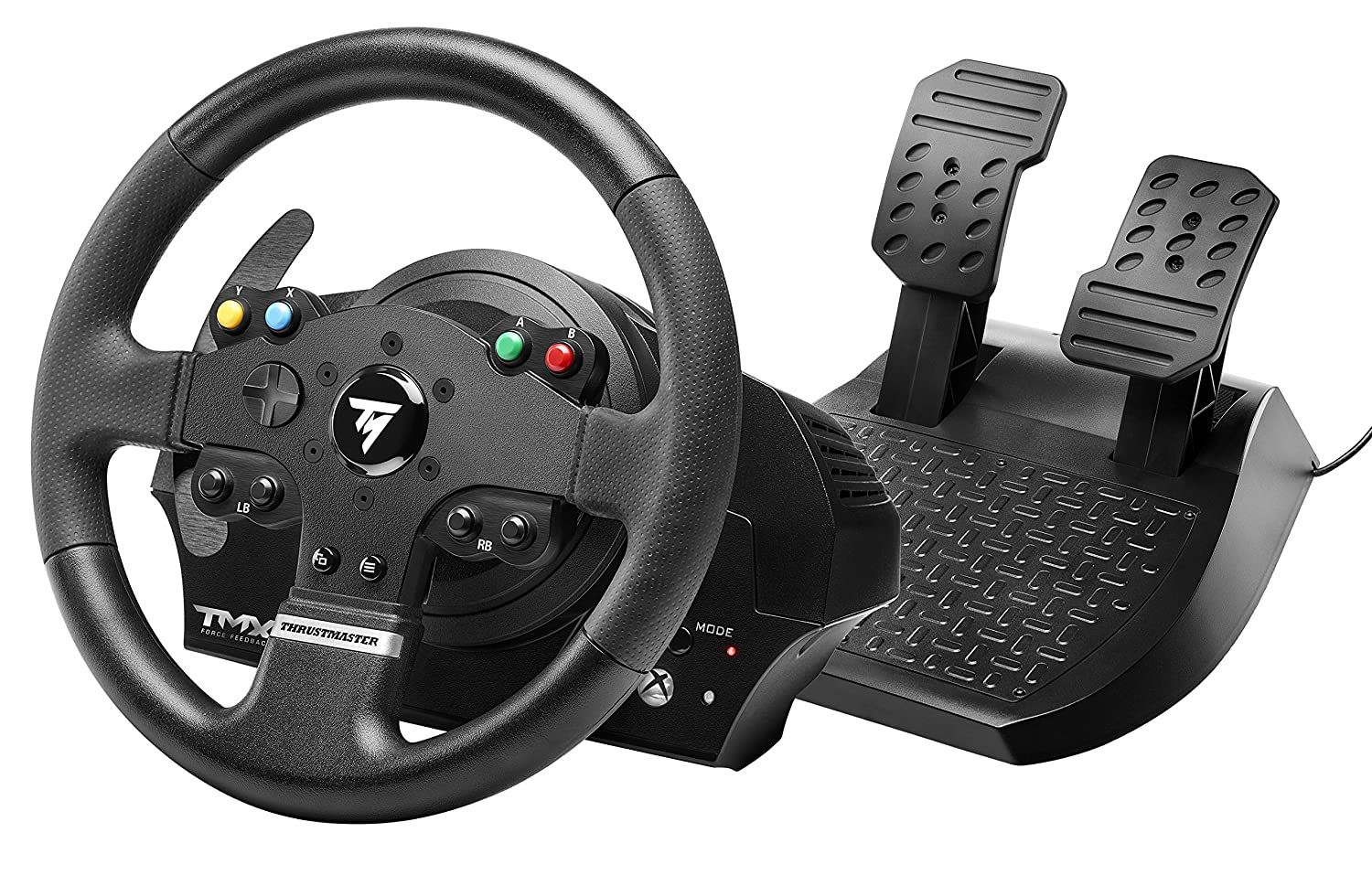 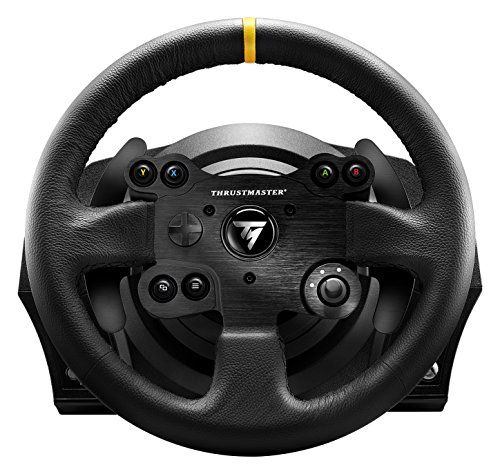 The Thrustmaster TMX Force Feedback makes for a good, if unremarkable, Gaming Steering Wheel for people with a $230 budget.

The Thrustmaster TX Racing Wheel Leather Edition, however, is merely mediocre at its $617 asking price, when compared to similarly priced products, and won't satisfy the needs of most people.

In either case, we suggest that you first take a look at some other options at the $230 and $390 price points before committing to one of these - it's likely that you'll be able to find some better alternatives.

If you're still interested in learning more about the Thrustmaster TMX Force Feedback and Thrustmaster TX Racing Wheel Leather Edition, however, we wrote a summary of what we could find about them:

The Thrustmaster TMX Force Feedback was loved by reviewers at CNET, a highly trusted source that performs reliable in-depth testing. It did great in its "The best steering wheels for Xbox, Playstation, Nintendo Switch" roundup where it was named its "Best budget racing wheel for Xbox", which, in itself, makes it a product worth considering.

As for the Thrustmaster TX Racing Wheel Leather Edition - PC Gamer, a source that conducts reliable hands-on testing, has featured it in its Best PC racing wheel in 2021 roundup. However, it didn't make it to any of the top spots.

Nevertheless, we were still able to analyze how the Thrustmaster TMX Force Feedback fared when compared to the rest of its competition. Our analysis of its review data has shown that it earned an average review score of 7.0, which is on par with the 7.2 overall average of Gaming Steering Wheels in general. 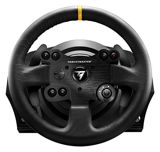 r/simracing
in "A quick question about this rig frame. Would a set of Thrustmaster T3PA Pro pedals fit nicely? I’m sure many of you are familiar with both products. I can’t find the width of the pedal plate, only the full width of bottom, including frame. Thanks."
Last updated: 8 Nov 2020

r/simracing
in "I Have a Thrustmaster T300RS, do I have to get Thrustmaster Pedals?"
Last updated: 27 Oct 2020

TrustedReviews
7.0
Has no expert reviews
—
No Data
Recommended by trusted experts

Trusted Source
Depth of
analysis
Yes
In-house
Testing
Ranked #3 out of 5
in “5 best racing wheels and why you need one”
Last updated: 20 days ago

Trusted Source
Depth of
analysis
Yes
In-house
Testing
PC Gamer relies on hands-on testing and extensive research when approaching its reviews. It independently covers everything related to PC games - from hardwar...
Ranked #5 out of 5
in “Best PC racing wheel in 2021”
Last updated: 10 Mar 2021