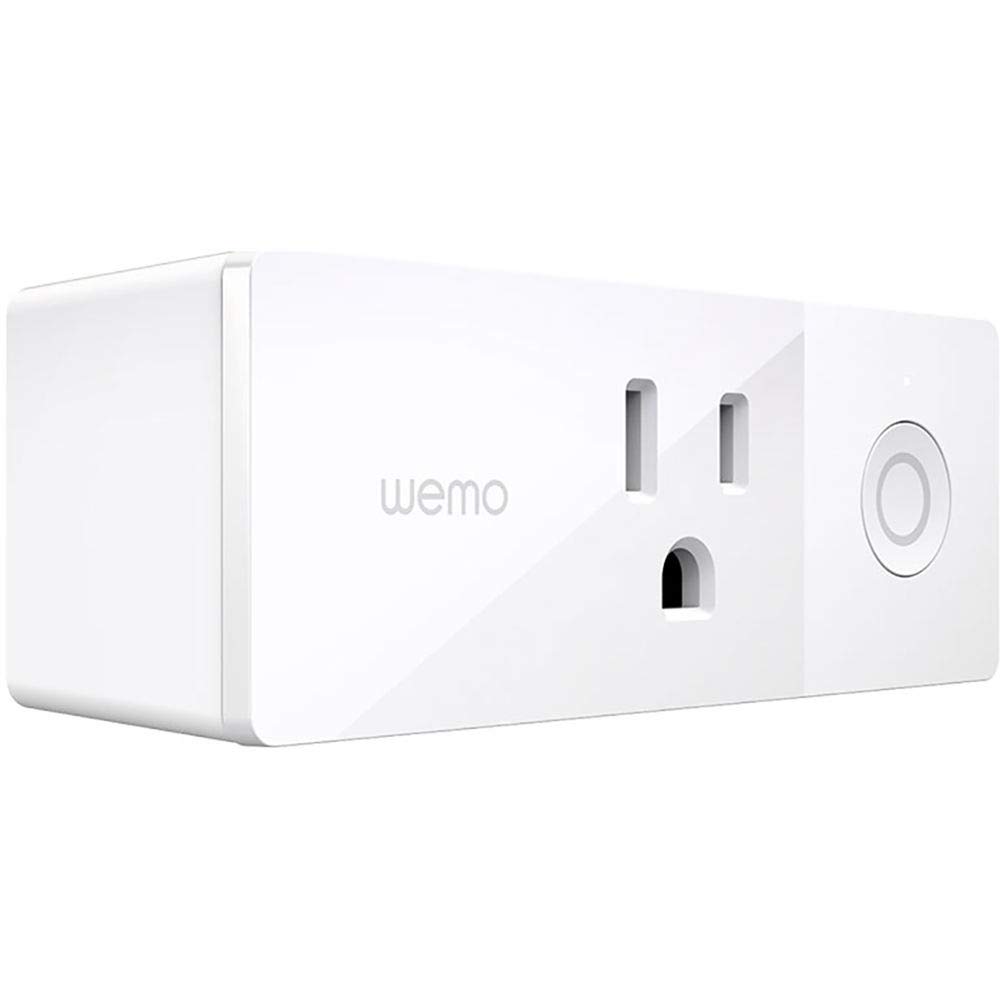 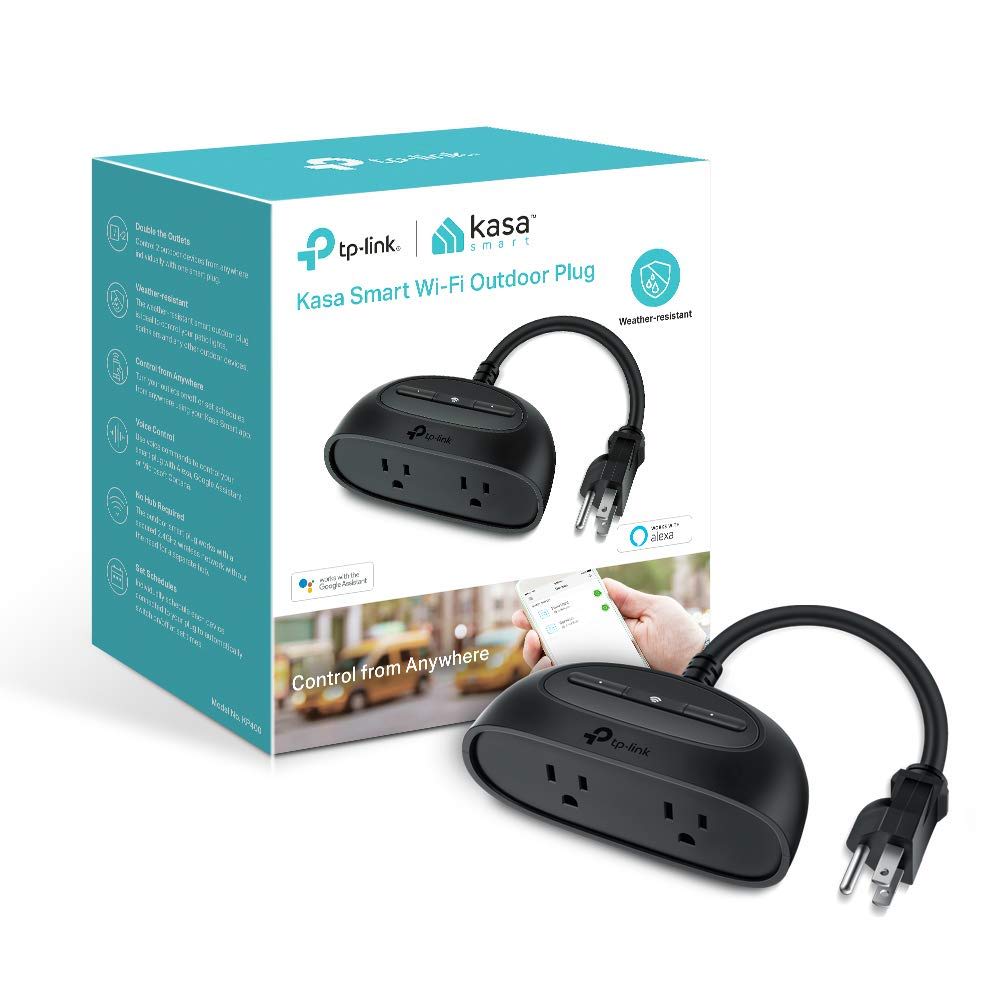 Tom's Guide: The best smart plug for outdoor use

The Belkin Wemo Mini (2017) is one of the very best Plug-In Smart Outlets that one can get for around $16. The TP-Link KP400 Kasa Smart Outdoor Plug (2019), however, while a very good choice at its $35 price point, falls just short of being remarkable.

The Belkin Wemo Mini (2017) has done great in a couple of roundups conducted by highly trusted sources that perform objective in-depth testing, like Tom's Guide, Wirecutter (NYTimes), and TechGearLab - it earned the "The best overall smart plug works well with Google Assistant" title from Tom's Guide, "Also great" from Wirecutter (NYTimes), and "Best Basic Model" from TechGearLab. Any product that's held in high regard by such reliable sources should be considered by anyone that's looking for a Plug-In Smart Outlet at this price point.

Returning to the TP-Link KP400 Kasa Smart Outdoor Plug (2019) - it was really well-received by reviewers at Wirecutter (NYTimes) and Tom's Guide, which are among the most highly trusted sources on the internet and are known for their in-depth hands-on testing. It was named "Top Pick" by Wirecutter (NYTimes) and "The best smart plug for outdoor use" by Tom's Guide, which points toward the TP-Link KP400 Kasa Smart Outdoor Plug (2019) being a high-quality product.

Then we checked which sources liked these two Plug-In Smart Outlets best and found that the Belkin Wemo Mini (2017) got its highest, 9.1, review score from reviewers at Gadget Review, whereas the TP-Link KP400 Kasa Smart Outdoor Plug (2019) earned its best score of 8 from TechHive.

Lastly, we averaged out all of the reviews scores that we could find on these two products and compared them to other Plug-In Smart Outlets on the market. We learned that both of them performed far better than most of their competitors - the overall review average earned by Plug-In Smart Outlets being 6.8 out of 10, whereas the Belkin Wemo Mini (2017) and TP-Link KP400 Kasa Smart Outdoor Plug (2019) managed averages of 7.7 and 8.0 points, respectively.

Due to the difference in their prices, however, it's important to keep in mind that a direct Belkin Wemo Mini (2017) vs. TP-Link KP400 Kasa Smart Outdoor Plug (2019) comparison might not be entirely fair - some sources don't take value for money into account when assigning their scores and therefore have a tendency to rate more premium products better. 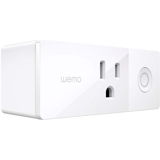 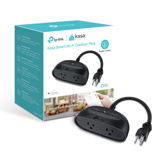 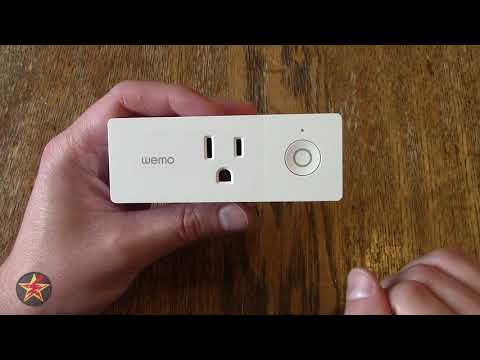 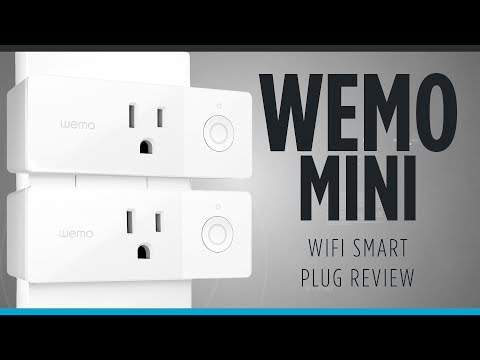 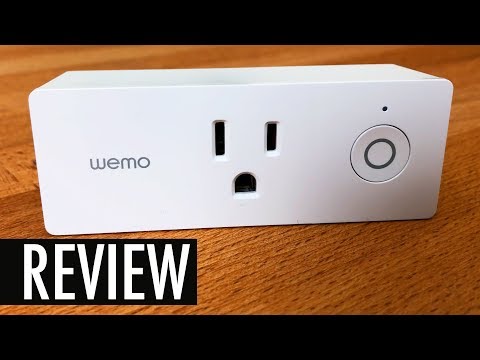 Trusted Source
Depth of
analysis
Yes
In-house
Testing
Ranked #4 out of 10
in “The best HomeKit accessories for your smart home”
Last updated: 24 May 2020

Runner Up
in “The best smart home devices: The top picks from our buying guides”
Last updated: 19 May 2020

Highly Trusted Source
Depth of
analysis
Yes
In-house
Testing
Tom's Guide performs extensive research, in-depth analysis, and consistent, objective, and rigorous hands-on testing of every product that it features, mak...
Ranked #7 out of 11
in “The best smart home devices in 2020”
Last updated: 22 May 2020

Best Overall
in “The Best Smart Devices for Making the Most of Your Backyard and Garden”
Last updated: 9 Jun 2020

Trusted Source
Depth of
analysis
Yes
In-house
Testing
Reviewed is a website that provides its readers with objective, trustworthy reviews. It extensively tests the performance of products under controlled laborato...
Ranked #3 out of 6
in “The Best Outdoor Smart Plugs of 2020”
Last updated: 4 May 2020

Trusted Source
Depth of
analysis
Yes
In-house
Testing
Ranked #6 out of 6
in “The best smart plugs you can buy: Make your home smarter, on the cheap”
Last updated: 21 Sep 2019