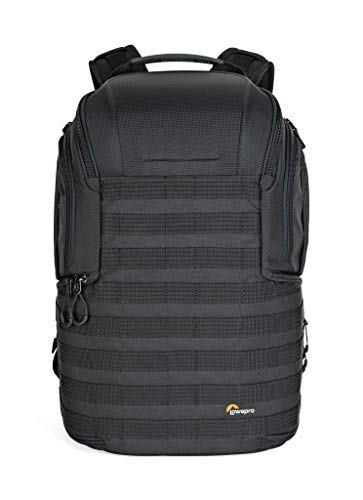 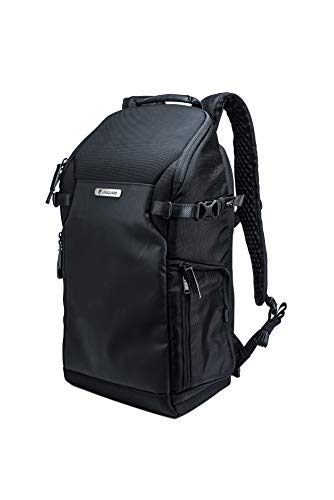 The Lowepro ProTactic Camera BP 450 AW II is a great Camera Bag for its $190 asking price.

The Vanguard VEO Select 46BR Backpack, on the other hand, is not worth its $149 price tag and should be avoided by most people. We strongly suggest that you take a look at some better alternatives if you're considering spending around $100 on a Camera Bag.

The Lowepro ProTactic Camera BP 450 AW II has impressed reviewers from two sources that are among the most highly trusted on the internet, namely CNET and Digital Camera World. It did great in their objective hands-on roundups - it earned the "Best all-round photography backpack" and "Ranked 1 out of 10" awards from CNET and Digital Camera World, respectively. That's high praise from such reputable sources.

As for the Vanguard VEO Select 46BR Backpack - it wasn't considered to be a good enough purchase to earn a spot in any roundups conducted by sources that perform objective hands-on testing, which typically indicates that a product isn't worth its asking price.

r/photography
in "How do you physically store your camera, lenses and any physical device photography related. (not software related Q)"
Last updated: 18 Mar 2018

r/AskPhotography
in "Recommendations for a camera bag?"
Last updated: 23 Feb 2018

r/videography
in "Looking for help in finding the right backpack for my use"
Last updated: 2 Jan 2018

r/AskPhotography
in "Recommendations for a camera bag?"
Last updated: 23 Feb 2018

camerajabber.com
8.0
Has no expert reviews
—
No Data
Highly recommended by trusted experts

Rated 9.4 out of 10
in “The Best Camera Bags to Protect Your Photography Equipment”
Last updated: 6 Apr 2022

Trusted Source
Depth of
analysis
Yes
In-house
Testing
TechRadar performs extensive research and uses well-thought-out and objective methodologies when testing the various products and services that it covers. The...
Ranked #5 out of 23
in “Best camera accessories: 23 essential bits of kit for your camera”
Last updated: 17 Jan 2020

Highly Trusted Source
Depth of
analysis
Yes
In-house
Testing
Ranked #3 out of 8
in “The best Nikon camera bag in 2022: keep your Nikon gear safe and carry it in style”
Last updated: 11 Jan 2022

Best travel daypack for photographers
in “Best travel backpack 2022: The best rucksacks and daypacks for travellers from £29”
Last updated: 8 Dec 2021
spy.com
-
Depth of
analysis
No
In-house
Testing
Ranked #4 out of 4
in “Shutter Satchels: The 4 Best Lowepro Camera Bags Under $100”
Last updated: 10 Jul 2019

Highly Trusted Source
Depth of
analysis
Yes
In-house
Testing
Ranked #9 out of 17
in “The best camera bags and cases for photographers in 2022: choose your type!”
Last updated: 13 days ago