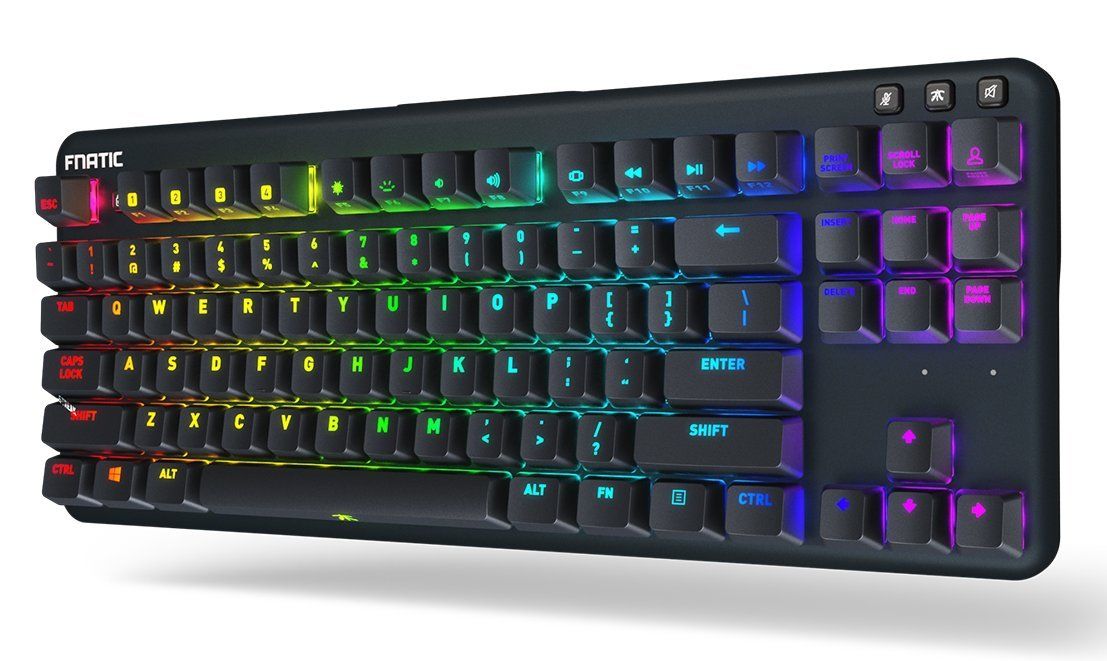 The Fnatic miniStreak (2018) was loved by reviewers at Wirecutter (NYTimes), a highly trusted source that performs reliable in-depth testing. It did great in its "The Best RGB Gaming Keyboards" roundup where it was named its "Runner Up", which, in itself, makes it a product worth considering.

Returning to the Varmilo VA87M (2015), Wirecutter (NYTimes), a source that's known for its high-quality in-depth testing, has great things to say about it. In fact, it was named its "Top Pick" in its "Our Favorite Mechanical Keyboards" roundup, which is quite a feat.

Compared to all other Wired Keyboards on the market, however, the Fnatic miniStreak (2018) performed great. When averaged out, it earned a rating of 8.0 out of 10, which is much better than the 7.4 review average of Wired Keyboards in general.

A gaming keyboard that's great for typing, too
in “Best keyboard 2020: The best USB and wireless keyboards from £11”
Last updated: a month ago