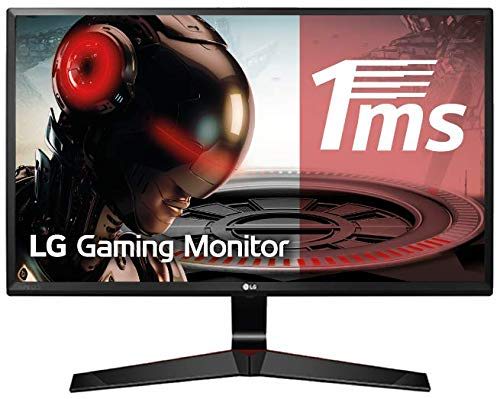 The LG 24MP59G 24" and ViewSonic VP3481 make for good, if unremarkable, Monitors at their respective budgets.

With that said, while they both should serve reasonably well, you might want to look into other options at the $180 and $810 price points - it's likely that there are some better alternatives available.

If you want to learn more about the LG 24MP59G 24" and the ViewSonic VP3481, however, we prepared a summary of the information that we have:

Two highly trusted sources that perform well-thought-out in-depth testing consider the LG 24MP59G 24" to be a great product - it earned the "A great cheap monitor" title from Tom's Guide and "Best cheap gaming monitor" from Laptop Mag in their respective Monitor roundups, which is a good indication of it being a notable product.

We first examined which sources rated each of these best and found that the LG 24MP59G 24" got its highest, 7, rating from Rtings, while the ViewSonic VP3481 earned its best, 8.4, score from Gadget Review.

Lastly, in order to better compare them to the rest of their competition, we averaged out their review scores. The ViewSonic VP3481 managed to get 8.2 out of 10 - considerably better than the 7.3 review average of Monitors in general - whereas the LG 24MP59G 24" earned 7.0 points.

It should be said that doing a direct LG 24MP59G 24" vs. ViewSonic VP3481 comparison might not be entirely fair due to the difference in their prices - some sources don't put much weight on value for money and thus tend to give better review scores to more expensive products.

LG's MP59 series of monitors from 2017 are similar to their predecessors from 2016, but the LG MP59 series is better than the previous generation in terms of its image quality and features.

The LG MP59s are entry-level gaming monitors that combine decent overall image quality and a gaming-specific feature set. Their IPS panels deliver vivid and good-looking colors. Dark scenes, however, are only mediocre as their panels reproduce cloudy and slightly washed-out blacks. It's worth noting, however, that poor dark scene performance is a common issue for monitors in this price range.

The LG MP59 series offers a reasonably responsive gaming experience, thanks to the monitors' low input lag and a native refresh rate that's above what the majority of their direct competitors have to offer. Screen tearing is also not an issue since these monitors are both FreeSync and G-Sync compatible.

r/forza
in "I find it very interesting that you can play 2 different Forzas at the same time"
Last updated: 2 Jun 2020

Runner Up
in “Best home office tech and supplies: Get set up to work from home”
Last updated: 9 Mar 2020
Recommended by trusted experts