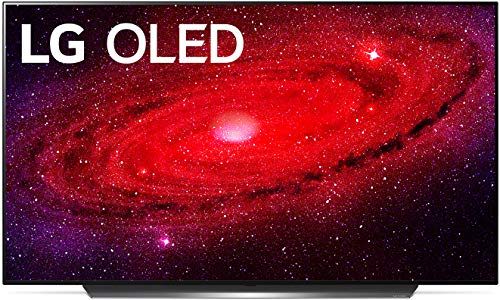 The LG CX OLED 55" has done remarkably well in a large number of roundups done by reliable sources that perform their own hands-on testing, such as reviewgeek.com, technoburst.com, Reviewed, PC Gamer, MakeUseOf, iMore, and Gear Patrol. It earned numerous awards - "Top Pick" from reviewgeek.com, "Best 4K Gaming Monitor for Dark Rooms" from technoburst.com, and "Best TV" from Reviewed.

As for the Vizio P-Series Quantum 65" (2018), it wasn't able to earn a top spot in any roundups from trusted sources that conduct their own hands-on testing. Nevertheless, it managed to impress reviewers at Techradar, Rtings, and Tom's Guide enough to make it onto their respective shortlists.

When we thoroughly analyzed their review scores, we learned that all of the sources that tested both TVs, including Techradar and Rtings, preferred the LG CX OLED 55" over the Vizio P-Series Quantum 65" (2018).

We also took a look at which sources they managed to impress the most. The LG CX OLED 55" was liked best by Techradar, which gave it a score of 10, while the Vizio P-Series Quantum 65" (2018) got its highest, 9, score from Techradar.

Lastly, we averaged out all of the reviews scores that we could find on these two products and compared them to other TVs on the market. We learned that both of them performed far better than most of their competitors - the overall review average earned by TVs being 7.7 out of 10, whereas the LG CX OLED 55" and Vizio P-Series Quantum 65" (2018) managed averages of 9.4 and 8.1 points, respectively.

Due to the difference in their prices, however, it's important to keep in mind that a direct LG CX OLED 55" vs. Vizio P-Series Quantum 65" (2018) comparison might not be entirely fair - some sources don't take value for money into account when assigning their scores and therefore have a tendency to rate more premium products better.

r/SeriesXbox
in "Game Pass is the reason why I am getting a Series X on day one"
Last updated: 4 Sep 2020

r/nvidia
in "What are your expectations/hopes for 4k performance this next gen? Do you care?"
Last updated: 28 Aug 2020

r/nvidia
in "Will nvidia ever support vrr over hdmi?"
Last updated: 6 Sep 2020

Runner Up
in “The Best OLED TVs You Can Buy”
Last updated: 2 Feb 2022
technoburst.com

Runner Up
in “Best Monitors to Buy for the PS5 2022 – Buying Guide”
Last updated: 3 Jan 2022
esquire.com
-
Depth of
analysis
No
In-house
Testing

Best Picture Quality
in “If You Want a Big-Screen TV, We Found the Best 75-Inch TVs Money Can Buy”
Last updated: 15 Aug 2020

GamesRadar+
Depth of
analysis
Yes
In-house
Testing
Ranked #5 out of 10
in “The best gaming TVs in the UK for 2022 - Best gaming TVs for 2022”
Last updated: a month ago

GamesRadar+
Depth of
analysis
Yes
In-house
Testing
Ranked #7 out of 14
in “The best TV for PS5 and Xbox Series X in 2022”
Last updated: a month ago

Trusted Source
-
Depth of
analysis
No
In-house
Testing
Mentioned
in “5 of the Best-Sounding TVs, No Soundbar or Speakers Required”
Last updated: 25 Aug 2022

Trusted Source
-
Depth of
analysis
No
In-house
Testing
Mentioned
in “20 of the Best Smart Home Gifts in 2020”
Last updated: 3 Dec 2020