CNET: Best if you can spend another $50 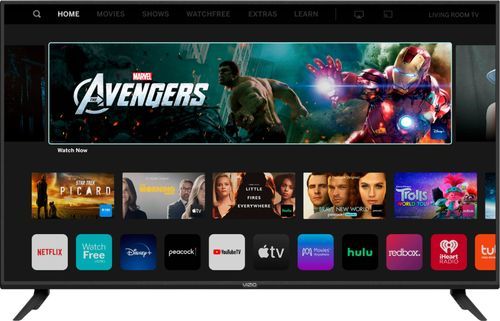 The TCL R625 55" was loved by reviewers at CNET, a highly trusted source that performs reliable in-depth testing. It did great in its "The best TVs under $500 that you can buy right now" roundup where it was named its "Best if you can spend another $50", which, in itself, makes it a product worth considering.

When we thoroughly analyzed their review scores, we learned that all of the sources that tested both TVs, including Techradar and Rtings, preferred the TCL R625 55" over the Vizio V-Series 55" (2020).

Lastly, in order to better compare them to their competition, we averaged out their review scores and found that the TCL R625 55" got received considerably better than the majority of other TVs - it earned an average of 8.6 out of 10 points, compared to the 7.7 overall rating of other TVs - while the Vizio V-Series 55" (2020) performed worse than most of its competitors, with its average review score of 6.3.

It's worth keeping in mind, however, that a direct TCL R625 55" vs. Vizio V-Series 55" (2020) comparison might not be realistic since they're priced differently and some sources have a tendency to review more expensive products better than cheaper ones.

The image quality and feature set of the 2019 TCL Series 6 TV are very similar to its 2018 predecessor - the TCL R617. However, the 2019 TCL R625 is a better purchase because of its superior dark scene performance.

The TCL R625 was the company's 2019 flagship and it's a mid-range LED TV that offers stellar performance at an affordable price. Only a handful of TVs at its price point can go toe-to-toe against it because of its exceptional image quality, motion handling, and rich feature set. However, the R625 does have some uniformity and viewing angle issues.

The R625 can reproduce bright, life-like colors and dark blacks. Colors pop and look vivid, thanks to the TV's decent color accuracy and incredible overall brightness. Dark scenes look great because of the TV's VA panel that has high contrast and excellent black uniformity. The TV also does a great job of displaying inky blacks alongside bright highlights, thanks to its ability to dim individual parts of the panel.

When it comes to HDR, the TCL R625 does the job noticeably better than the overwhelming majority of its competitors due to the TV's high brightness and wide color gamut.

The TCL R625 also has low input lag and good motion handling, making it a decent option for gamers. Sports fans, however, might be better off looking elsewhere because of the TV's poor overall uniformity.

This TV is also not a great option for large rooms where people will have to look at the screen from an angle. Similar to other VA panels, the image of the TCL R625 looks good only if the TV is right in front of the viewer.

The TV runs Roku OS, which is relatively user-friendly and offers a wide plethora of apps. Its remote is somewhat simple in design but supports features like voice control.

Polygon
Depth of
analysis
Yes
In-house
Testing
Polygon does scrupulous hand-on testing of every product it reviews and performs an in-depth analysis of every service, movie, game, and other entertainment-re...

Best Overall
in “The Best Budget TVs Will Take Binge-Watching to the Next Level”
Last updated: 24 Apr 2020