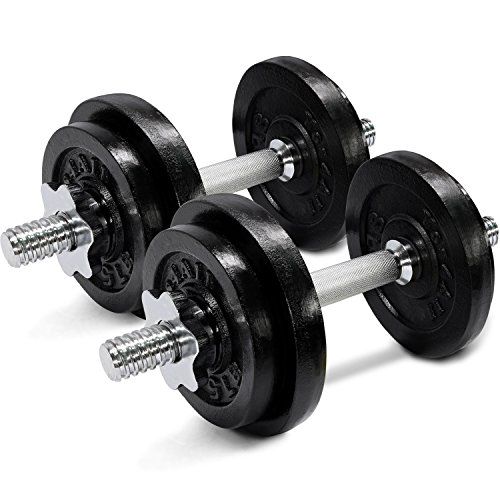 Both options make for good, if unremarkable, Adjustable Dumbbells Pairs at the $380 budget range. While they should serve reasonably well, you might want to look into some other options at that price point.

If you're still interested in learning more about the Yes4All D2CL Adjustable Cast Iron Dumbbells, 60 lbs (2014) and JaxJox DumbbellConnect (JJ15001), however, we wrote-up what we know about them:

The Yes4All D2CL Adjustable Cast Iron Dumbbells, 60 lbs (2014) was well-received by reviewers at Gear Patrol, a trustworthy source that performs unbiased hands-on testing. It did great in their "The Best Adjustable Dumbbells of 2021" roundup - they named it their "Ranked 2 out of 8", which, by itself, suggests that it's a noteworthy product.

As for the JaxJox DumbbellConnect (JJ15001) analysis - it impressed reviewers at Gear Patrol, a source that's known for its objective testing and well-thought-out methodology - it performed great in its "The Best Adjustable Dumbbells of 2021" roundup and earned the "Ranked 1 out of 8" title. 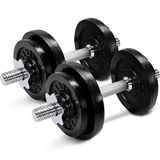 r/xxfitness
in "Recommendation for dumbbell rack for a condo?"
Last updated: 11 Aug 2018

r/xxfitness
in "If you could only use 3 sets of dumbbells, what weight would they be?"
Last updated: 7 Mar 2019

Best Overall
in “The Best Adjustable Dumbbells on Amazon, According to Hyperenthusiastic Reviewers”
Last updated: 24 May 2021

Runner Up
in “Best adjustable dumbbell 2021: Bowflex and its rivals give you home workouts with less space needed”
Last updated: 17 days ago

coachmag.co.uk
-
Depth of
analysis
No
In-house
Testing
Mentioned
in “The Best Dumbbells For Your Home Gym”
Last updated: 23 Aug 2021