4 5
Review of Fractured Space powered by the Slant community. 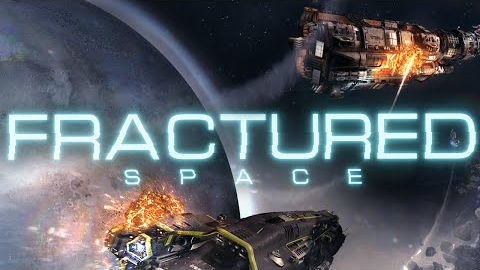 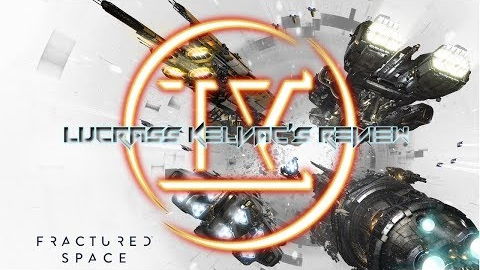 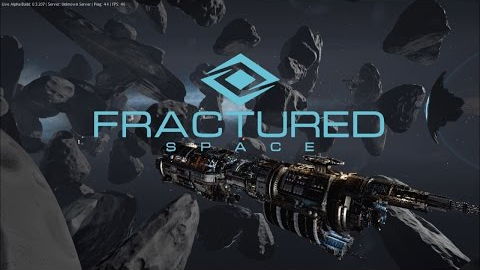 The ships move with a slow, methodical precision so this allows more time to calculate attacks and counterattacks. This slower-paced action is where the strategy comes into play since it allows for far more reaction time and strategy than a traditional MOBA.

Rather than simply flying around and shooting at each other (although, there is plenty of this too), there is a huge amount of strategy involved for players who enjoy some deeper gameplay over simply outgunning their opponent with lasers and cannons. Use asteroids as cover, use warp speed to escape from opponents (but be careful as it takes time to charge up!), and know when to use your shields.

The battle itself happens in three dimensions, meaning you can attack your opponent from all sides, including above or below. This brings a whole new aspect of play to the field, as you can strategically maneuver your ship into prime attack positions out of the direct sight of your opponent to unleash a surprise attack.

Not only can you choose a ship, but you can recruit your very own crew. Each crew member brings along with them various unique buffs such as a direct boost to your offensive or defensive capabilities. Crew members are found in pods that you can buy with currency earned in game. Each pod has the chance to contain a blueprint for a new crew member or DNA. If you don't get a blueprint which grants you a crew member directly, you can save up and then use the DNA to generate a new crew member, resulting in various combinations. Crews will be earned slowly over time by winning battles and collecting currency, keeping players engaged if they want to collect a diverse and effective crew.

There are around 30 ships to choose from, with each one having its own unique look and feel. While there are three main category of ships - attack, defense, and utility - no two ships play the same as they all have different weaponry and abilities. Even if two players both choose a defense ship, those 2 ships will function differently and have their own unique defensive abilities. Due to this great variation of guns, shields, and special abilities such as propulsion boosts and decoys, there is a ship to suit almost any playstyle.

The game is beautiful to look at, and does a great job of capturing the essence of what a futuristic space battle would look like. The ships look very detailed, sleek, and functional. It's easy to imagine all of them being actual space crafts someday, and draw heavily on ship designs seen in popular sci-fi television shows and movies.

Laser and gun blasts have a nice glow to them as they fly through space and it's satisfying to watch as they hit a target and explode in a shower of sparks, flames, and smoke. Shield effects look slick as they twist and surround the ship in a variety of different forms and colors, and translate well to the gameplay aspect of making the player feel protected.

Asteroids of various shapes and sizes are scattered around the map and are detailed with various shapes and textures. Stars and planets can be seen hanging around in the background, casting their light and shadows over the game map with tremendous detail.

Taking command of your space ship feels great. You have access to a wide variety of high tech laser weapons and shields, which makes you feel like you've been sent hundreds of years into the future. The ships move and steer realistically in zero gravity, and off in the distance stars and planets shine and twinkle, creating the feeling of actually being in the far reaches of space. If you've ever watched a fleet of space ships dueling in a sci-fi movie and wanted to relive the action, then this game will be right up your alley.

Travel is realistic. You'll have to plot a slow, calculated course around asteroids and other space debris, and can be used as strategic cover or a prime spot to ambush your opponent. Just make sure you don't crash into them when you activate your boost - just one of the many dangers you have to be aware of when doing battle.

Lasers look powerful when they zip through space and explode in a shower of sparks on your opponents hull. Shields give off a glow and soak up hits with a satisfying feel. The game does a great job of envisioning how a space battle would look and feel through the special effects.

Your crew actually talks to you during battles, giving you status updates on your ship, the game, and how your shields are holding up. It's a nice touch to help make the game more immersive and feel like you're actually commanding a real space ship with a living, breathing crew.

The main goal of each 5v5 battle is to destroy your opponent's homebase. However, in true MOBA fashion, the maps are divided into several sectors and lanes, with various mines providing buffs and resources if captured. If a team plays well together and stays in communication, they will be able to capture the mines before the enemy, resulting in the upper hand via more resources right off the bat. Having a solid attack strategy and working closely with your team is key. One lonely ship can't do it all alone, so this game requires solid teamwork if you want to succeed.

To accomplish this, you will want to consider things like providing cover fire for your teammates as they capture mines, or using warp speed to get to a team member in distress. Keep an eye out for teammates being pummeled with gunfire by the opponent and get to their location to help. Fly in a formation that promotes protection of the player controlling the healing ship. Play on the strengths and weaknesses of different ships for your team composition. There is an endless amount of strategy that can be applied by teams who work well together.

There are only around 200-300 players online at any given time according to the Steam charts.

The best ships in the game need to be purchased with in-game currency. This currency can be bought with real world money, or you will have to do a fair bit of grinding (winning battles, completing objectives, etc) in-game to be able to afford the best ships.

Gameplay can feel slow paced at times due to the ships' slow movement speed. If you get stuck in a rough spot, it's hard to escape due to this slow movement, resulting in dying quite often when you get in a jam.