OverviewQuestionsPros
Tags
Lifestyle
Commonly Compared
SAFE Network
vs
Tor Browser
761 Recommendations
Here’s the Deal
Slant is powered by a community that helps you make informed decisions. Tell us what you’re passionate about to get your personalized feed and help others.

4 0
Review of SAFE Network powered by the Slant community.

The SAFE Network is a secure and fully decentralised data management service. The network is made up from the unused computer resources provided by the individual network users.

Each user of the SAFE Network provides a small part of their computer resources; hard-drive storage, CPU power, and bandwidth. This local resource is called a Vault. Each Vault is cryptographically secure and connects to other Vaults throughout the network.

The user's data is encrypted and broken up into chunks. These chunks are then distributed around other Vaults in the network. At no point do any of the other Vaults know anything about the data they have been asked to store other than anonymous network address information.

The result of the encryption and network-wide distribution of information is a highly secure and private data management and communication experience for all users.

The SAFE Network also supports applications and programs that can be accessed by network users. These applications may be free to use or paid for by using safecoins.

As the SAFE Network grows, it is anticipated that the value of the limited safecoins will grow. Safecoins are only generated by the network based on how much it is used, ensuring no over supply. Initially safecoin will be the only currency on the network and this utility will help to further drive it's value. 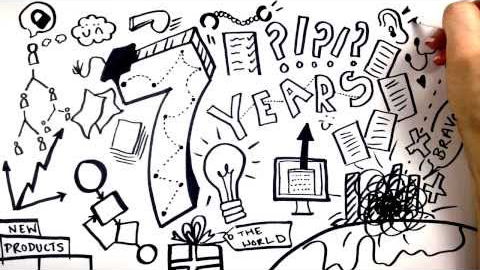 #2
What are the best online privacy-enhancing technologies?

Pro
No Administrators - Only Users

Network automatically configures and reconfigures in near real time

Network decides in real time where data is stored

Remove need for network provisioning and planning (hint, computers are better at this than us)

Invisible to users, all data is encrypted in real time

Nobody has access to anyone else's data unless specifically shared

No servers = no data centers

100% server security (there are no servers)

Impervious to web censoring (no DNS)

Unlimited data storage with no monetary cost and no transactions

Store, retrieve and manipulate your data with another ID (cryptographic key set)

Communicate with others through another ID

For every private share, another key chain is created and shared

Create private shares between friends and colleagues (instantly and securely)

Share anything, music, programs, photos, even operating systems with no size limits

Allow enormous apps on the smallest of devices

Share processing, storage and memory across the network, distributing each of them automatically

Structured data versioning allows roll back, automatic and manual merging as appropriate to your application

Safecoin is the cryptocurrency of the SAFE (Secure Access For Everyone) network. There is no global ledger in the SAFE network that tracks transactions like with block chain technology. Safecoin is LITERALLY digital cash... each safecoin holds a current owner and previous owner and nothing more.