46 8
Review of Monofur powered by the Slant community. 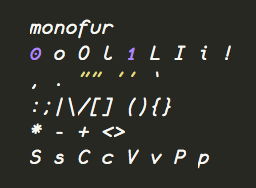 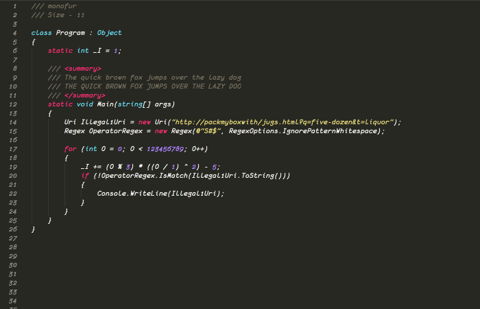 #41
What are the best programming fonts?

Pro
It's simple, beautiful, and stylish

Pro
Great for your eyes

Monofur is very legible. Even after staring at it for hours, your eyes won't get tired.

The font is very legible due to the distinguished characters it contains.

Monofur has a regular italic and bold typeface, but it lacks bold+italic. Syntax-capable editors can better display code based on function/class/context/markup work when at least 4 families are available to display.

The font includes all characters for all European languages; however, in most programs using Unicode (such as WordPad or MS Word), only languages using Western charset can use this font. These include English, German, French, Spanish, and Norwegian.
Trying to use any languages like Czech, Hungarian (Central European), Bulgarian, Russian (Cyrillic), or Greek will make the font switch back to default font like Arial or Calibri, even though Monofur itself includes characters for those languages.
Authors didn't bother fixing the non-working Baltic / Central European / Greek / Cyrillic / Turkish character set for those years.