The Sony X720E is a well-rounded TV which is an excellent choice for those who need a big 4K computer monitor. It’s also a good option for those who like to play games and watch fast-paced content such as sports. 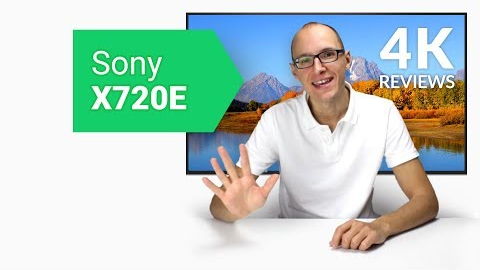 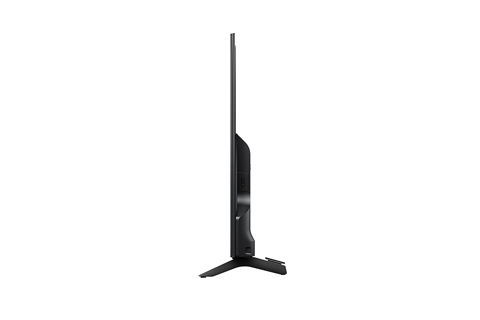 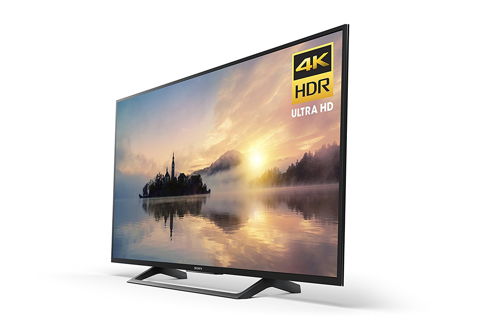 The TV has enough processing power to keep its input lag and response time to a bare minimum. Its input lag is 19.7 ms, which ensures that it takes less than 1/50th of a second for the X720E to process an input signal generated by, let's say, a click of a button and display a corresponding image change. Furthermore, the X720E is a very responsive TV. It takes only 7.5 ms for its pixels to switch 80% to the next color; As a result, fast-moving objects don’t leave long trails on a screen which almost cancels out all the motion blur effects.

The full 4:4:4 color support allows the X720E to process native computer-generated video input. As a result, the TV can display sharp and crisp image, without any detail loss. This is especially noticeable while viewing vector graphics such as text.

The X720E has excellent viewing angles because of its IPS panel, which gives you greater freedom than VA panels when it comes to finding a good viewing spot. In fact, you will only notice a minor color shift if your viewing angle is greater than 41 degrees.

Pro
The stand does not take up too much space

The reasonably small panel size of 43-inch means you can still be comfortable looking at the screen up close. You can conveniently use this TV as a computer monitor and sit as close as 2.2 feet away from it.

Pro
No problems with image retention

Unlike the majority of OLED panels, this LED TV does not suffer from image retention problems. You can leave the TV on for long periods without having to worry about pixel damage.

Regarding connectivity, this TV is has everything you'd currently want. It has three HDCP 2.2 compliant HDMI 2.0 ports, digital and analog audio output ports, and an Ethernet port. Additionally, as the TV has a composite input interface, you can enjoy playing your retro consoles, such as the Nintendo and Sega without having to go through the hassle of signal conversion. HDMI, USB, and analog coaxial ports are situated on the side of the TV so you won’t have any problem accessing them even if it’s mounted on a wall.

The main interface of the smart OS does not feature advertisements or sponsored content.

This TV does a fantastic job when it comes to upscaling low-resolution content. In a nutshell, it can upscale 480p, 720p, and 1080p content to 4K resolution while preserving details and sharp edges. Great for those with a collection of old DVDs or Blu-ray disks.

The Sony X720E is a great companion to latest gen consoles, like the Xbox One X, PS4 Pro, and Wii U because of its 4K60 support, low input lag, and motion blur candling capabilities.

Furthermore, the TV’s full HDR support allows you to fully experience HDR-enhanced games such as World of Tanks, FIFA 18, etc.

The combination of reasonably high peak brightness and semi-gloss screen finish allows this TV to deal with reflections and glare efficiently. Its 340 nits of brightness are almost double than what its direct competitor, the TCL S405, offers. Furthermore, the X720E diffuses up to 97.6% of ambient light; thus the TV does not suffer from reflections.

The X720E comes with an integrated 20W 2.0 stereo speaker system. While it can get pretty loud (around 100 dB), the quality of sound is very weak, especially when it comes to bass. The speakers sound unclear and muddy.

Unlike other Sony TVs, the X720E has a custom, Linux based operating system which runs the Opera TV application store. OS is unintuitive and confusing to use.

Both the 43-inch and 49-inch models of the Sony X720E have large and bulky external power bricks. Bulky PSUs can be a hassle to deal with especially if you’re mounting your TV on a wall.

Con
Not suitable for competitive gaming

While the TV's input lag of 19.7 ms is noticeably smaller than the overwhelming majority of TVs on the market, it still can not compete with rapid TN gaming monitors when it comes to fast and competitive gaming. The input lag of such panels can go all the way down to 3 ms.

Because of the really low native contrast ratio of 907:1, dark scenes look washed out if the TV is placed in a dark environment.

Con
Not compatible with Dolby Vision

When it comes to HDR content, the X720E cannot display Dolby Vision-compliant content as it is only limited to HDR10 content. Even though HDR10 has more available content, multiple services require Dolby Vision for HDR playback.