2 0
Review of The Enchanted Tower powered by the Slant community.

The Enchanted Tower is a children’s game for 2 to 4 players. One player takes on the role of the evil sorcerer who has locked the princess in the tower and hidden the key while the other player is Robin, a hero trying to find this key and rescue the princess. The game is won by the player who frees the princess. 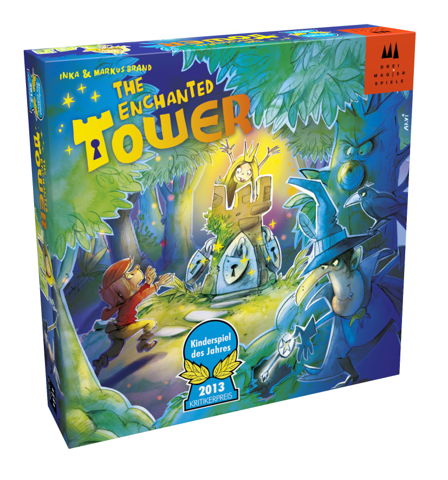 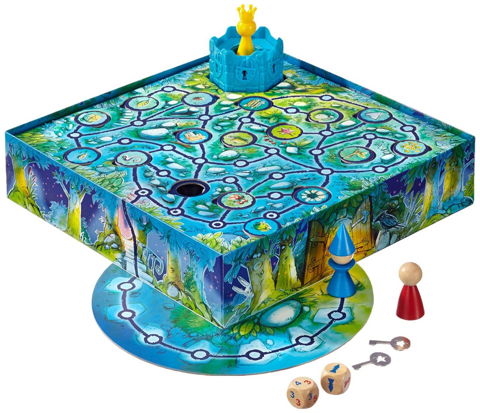 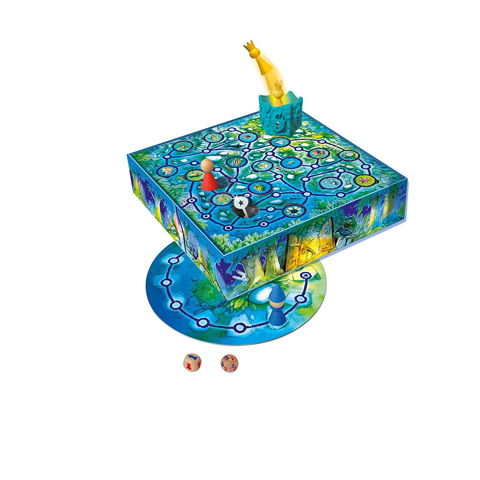 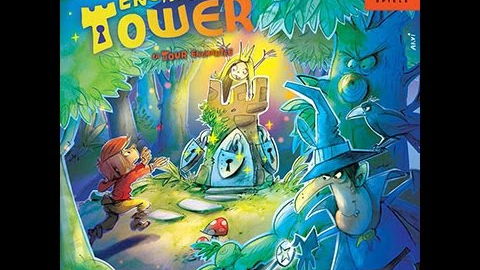 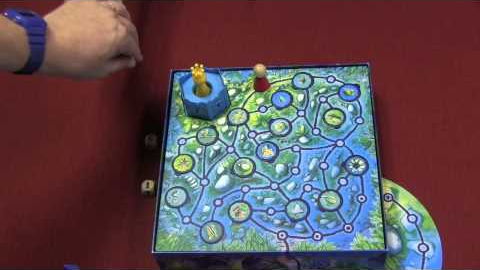 #2
What are the best board games for kids?

The components of The Enchanted Tower are top-notch in terms of quality, creativity, and uniqueness. Moreover, the art looks magnificent – it’s colorful and highly detailed.

The game is played on many levels on the game’s box - under the colorful gameboard there is not only storage for the components, but also sixteen slots in which the sorcerer hides the key that unlocks the enchanted tower. There’s also a little circular section that must be placed on the corner of the box with eight extra steps on which the wizard must start the game. The tower itself is an actual tower in the corner of the gameboard that has the princess figure placed in the middle.

The player pieces (the wizard and Robin) are minimalistic figures that have magnets on the bottom, which are used to grab the key when you step over the correct tile. After you’ve received the key, you can place it in one of the six locks on the enchanted tower to see if the lock triggers the spring-loaded mechanism in the tower that causes the princess to jump out.

Pro
Can be played in teams

If you have more than two people wanting to play, then you can split up in two teams where one player is the wizard and the others play Robin. This is especially good if you’re playing with younger players and want to team up to help them learn the game.

The basics of The Enchanted Tower can be understood very quickly even by the youngest players. One player takes on the role of the sorcerer who hides the key to the princess’ tower under one of the 16 spaces on the gameboard. The other player is Robin who must try to find the key. Players take turns rolling dice, one die indicates who moves first, whereas the other one shows how many steps can be taken.

The game can be very engaging, and it also has a light roleplay element. Gameplay-wise there are some intense moments, for example, when the wizard sees Robin near the location of the key, or when the Robin player sees the wizard catching up.

The game has a nice little story in the official rulebook, which can help with the immersion. Also, sometimes playing the wizard leads to people changing their voice and doing evil laughs, which can be great fun for everyone around.

Con
The helpless princess is rescued by the male hero? Yawn

Con
Team gameplay can be fiddly

In a game where there are more than two players, everyone other than the wizard player takes turns controlling Robin, which could lead to quarterbacking, downtime, and younger children losing interest.