11 4
Review of CleanMyMac X powered by the Slant community.

This is a Cleaning Monster. Also it has a software update module. 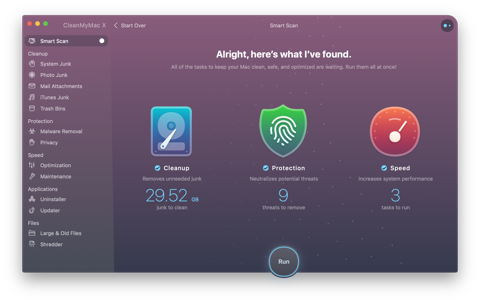 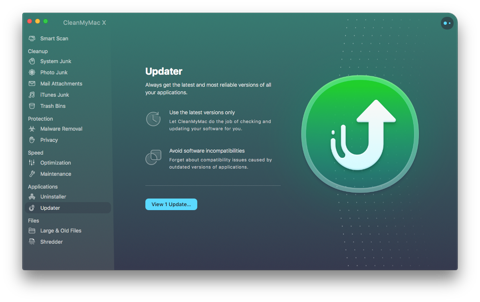 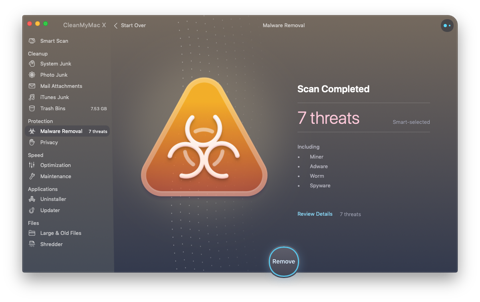 Trial version only cleans 500 MB, but it does not disclose that limit before one pushes the button to clean after a scan. While it's OK to provide only limited functionality in a trial version, the appsshould be upfront about what the limitation is.

Especially with an app that is supposed to clean your system, it's really messed up to run an activity only partially, and then ask for money. This is clearly done to play on the insecurities of the less-than-tech-savvy users, who might believe that their machine is now in a worse state than before they ran the app, and need to pay now to get a clean system.

Even when trying to close the nag screen by pressing the little X in the corner, the X turns into "Don't leave yet, get your personal discount", which opens the website and gives you even more discount than their "Deal of the day" which is shown after you download the trial. So people who just go to the website to buy pay $89 (or $69 when they get a deal of the day), but when they pay from the nag screen, they only pay $56. That is not a good way to do business, and even if it were a solid app, it's hard to support these practices.

For example, a 480GB SSD with 70BG free, and the sum of the folders Space Lens shows in root is about 550GB. That's definitely wrong.

Con
Provides no info about things it deletes

The app does not provide any additional information about the files it wants to delete, so the average user cannot make an informed choice what to remove and what to keep. For example, it might prompt you to remove languages other users of your Mac are using. That's not a good idea.

In full screen view, the part of the screen where the app shows a list of things it wants to remove is about 8% of the screen. So you can see 8 items at a time (out of a list that has about 80 entries), and the name of each of those items is truncated. 75% of a 24"-screen is entirely blank in that view.

It will simply flush the DNS cache, so that each request for a web page will require a call to a DNS server first.

Con
Claims it will "Free Up RAM"

People who have a clue about memory management will understand that on a Unix system RAM is typically fully used, because that is the way to optimize speed. Any attempt to "Free Up RAM" will lead to other stuff being loaded into RAM immediately: the app might "free" 2 GB of RAM, but if you come back to Safari and look at several tabs, it will soon be back to only 200 MB of free RAM.

A full license is $89, but there's no way of telling how long you would get free updates. Owners of the previous version will have to pay 50% of that to upgrade. The subscription service is $39 per year. If there's a new major version in the next 3 years, subscription will be cheaper. All that fits with MacPaws being intransparent and sneaky.