What are the best MMOs for PS4?

+44
41
User
Recs.
37
Updates
3 mons
Last
Updated
Here’s the Deal
Slant is powered by a community that helps you make informed decisions. Tell us what you’re passionate about to get your personalized feed and help others.
Related Questions
Activity
11 Options 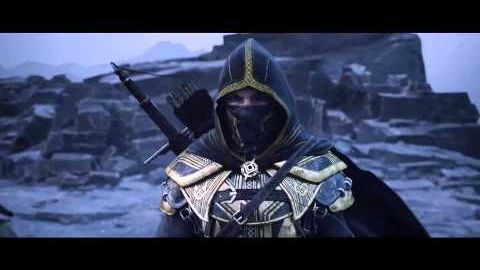 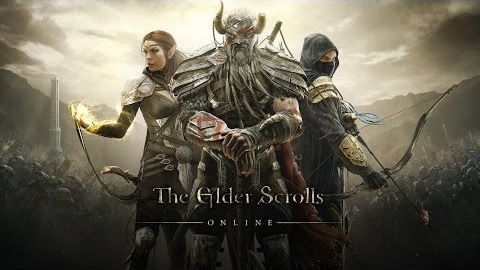 Elder Scrolls games have always placed the world's unabashedly bizarre mythology in the forefront, and ESO is no exception. Between quest storylines, hundreds of in-game books, passing NPC dialog, and the landscape itself, ESO presents a world that feels bigger than the player and can be incredibly immersive.

There is probably enough content to keep you playing for a couple of years here if you can deal with performance problems.

With an MMO-ish progression. Also, has great voice acting.

ESO's character system is based on skill lines; each class provides three. There are dozens of other skill lines, including all weapons and armor, which are open to all characters. Resource stats (Health, Stamina, Magicka) aren't tied to class either. This means any character can use any gear and be built to fill any role.

While the game can be played in third person (which may work better in PvP), there is an option to play in first person view which keeps in tradition of the view found in other Elder Scroll titles. This gives this MMO the feeling of playing Skyrim or Oblivion, which should appeal to those who are fans or familiar. It is also a unique way to play an MMO, which could appeal to those tired of traditional third person view MMOs.

Minimalist HUD-approach brings focus to action and the world for immersion rather than focus on hotkeys, cooldowns, and other immersion-breaking intrusions.

Not only is controller support provided, but a combination of elements of the games design (minimal UI, enforced focus on favorite/preferred actions, and a clear vision to design console support in early on) means play with a controller is a great, comfortable experience.

There are only six skill slots (five regular and one "ultimate") available at any one time. A character can swap between two equipped weapon sets, making at most 12 total skills available in combat. With well over 100 skills to choose from, finding two characters with exactly the same build is the exception, not the rule.

Though "flavors of the month" will arise in any competitive game, ESO's versatile characters and MOBA-like limitation on simultaneous skill availability greatly reward creative builds and counter-building.

Multiple Quests and story lines can be active at one time. Cycling through which quest is primary is easy, with the direction pad, however there is no indicator as to which line each quest is for. For example, you can start a mages guild quest in a city. Along the way while progressing through that quest, several other quest lines typically get initiated by speaking to other characters. Eventually the player is derailed from the quest they were working on. There is nothing to indicate the source of the quest, whether it was a mages guild quest or a loving god quest. There is a limit to how many active quests can be in progress at once, however the number is fairly high, so players can have so many story lines active at one time, that knowing which ones to work on can be confusing. It can be frustrating to be performing quests for a certain city or country, but because of a full quest list, be unable to accept all the quests available for a specific area.

Cash shop features heavily in the game which is often, if not always, a detriment to the game. Time spent trying to get a quick crash grab with features like new player housing exclusive to it, crafting motifs, costumes or mounts and pets detracts from focusing on improving and adding additional content that might improve the game's longevity as well as quality, and necessity for earning rewards via group content.

Con
A semi-elitist attitude among the PvE community

Expect to be kicked from group if your team dies once or twice.

Con
It doesn't know what it is as a game

The game for the most part plays like a single player game with MMO elements, however, the MMO aspect of the game can interfere with your solo expectations. As an example, if you are doing area or world based quests and need to solve a puzzle, sometimes other players outside of your group can solve it for you or progress the quest before you understand what has happened. While the game's MMO aspect can take a backseat to the single player aspect, often there is little reason to even play group content, as many of the rewards are obtainable from their cash shop, such as motifs for crafting your own armor. PvP can be very unbalanced and places like Cyrodiil can suffer heavily from latency issues and disconnections.

The games potential is incredible but the true reality is that it just gets worse year after year. I truly believe that the devs for this game are lost on the wants of the player base.

While the setting and powers almost make up for a lack solid controls that even other PS4 MMOs have (looking at you Star Trek Online), whether in first or third person, for some action minded players, the unintuitive controls make it interesting but virtually unplayable. Sad because with a better setup or more fluid control schemes, it could have been one of the greats!! A real shame.

RespectfulXochipilli
Contributor for 9 months
1
Total
Recs.
180
Total
Karma
Elder Scrolls Online
Recommended 9 months ago
Overall I enjoyed the game and it's stories as well as the freedom it offers players in both content and playstyle. If they spent less time and focus on the cash shop (preferably remove it completly) and more time implementing its contense into a game we play instead of pay to unlock it would be even bet...
Pro
Unrestrictive class system
Pro
Immersive first person play
Pro
High build variety keeps PvP interesting
Pro
Built on twenty years of game lore
Pro
Limited skill bar encourages build variety
Pro
High immersion as minimalist HUD brings focus to action and the world
Con
Horrible controls
Con
Long queue times for dungeons depending on the role you choose
Pro
The content is massive
Con
It doesn't know what it is as a game
Con
Cash shop
See full

ConscientiousPassalos
Contributor for 3 years
1
Total
Recs.
0
Total
Karma
Elder Scrolls Online
Recommended 3 years ago
I play for long time, it is a very nice experience that inmerse you in a great fantasy world.
Pro
Unrestrictive class system
Con
Long queue times for dungeons depending on the role you choose
See full