What are the best languages for backend in web development?

+47
48
User
Recs.
55
Updates
2 mons
Last
Updated
Here’s the Deal
Slant is powered by a community that helps you make informed decisions. Tell us what you’re passionate about to get your personalized feed and help others.
Related Questions
Activity
21 Options 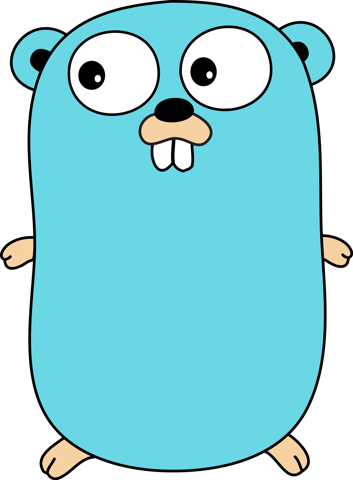 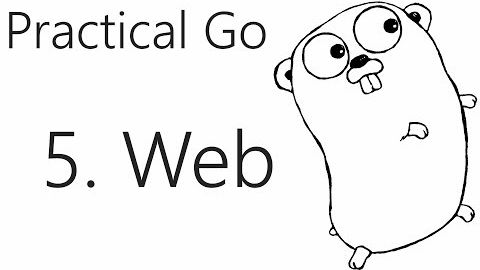 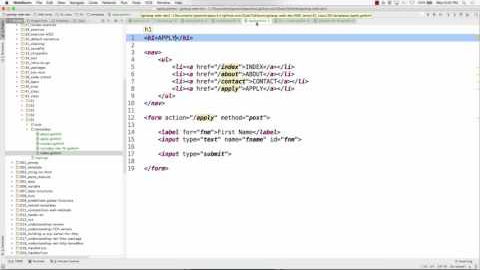 Go is an open source programming language that makes it easy to build simple, reliable, and efficient software.

Simply prepend a function with go to execute it concurrently. Utilizes channels for communication between goroutines which aids to prevent races and makes synchronizing threads effortless. The maximum number of threads to use may be defined at compile time, even if that is limiting goroutines to run on one thread.

You can compile an executable for Linux, Windows, OSX, FreeBSD, NetBSD etc.
You can easily cross-compile across platforms.

It makes it easy to learn and the learning curve is friendly for beginners.
One can learn the main concepts and ignore unimportant details.
While in low-level programming languages, like C, one should spend a lot of time on low-level details even when developing very basic (web) service.

Most of the errors related to types are detected during compile time.
The compiler helps to find "stupid" mistakes on the very early stage, which is very helpful not only for a beginner but for any experienced developer as well.

Pro
Performance is on the order of C and Java

Go is blazing fast, but easier to write than Python, JS, Ruby, or many other dynamic languages.

Compiled binaries are fast — about as fast in C in most cases. Compiles on every OS without effort — truly cross-platform compiler. As a result of the fast compilation speed, you can use the gorun program to use go source code as if it was a scripting language.

All types are essentially objects, be they type aliases or structs. The compiler automatically associates types to their methods at compile time. Those methods are automatically associated to all interfaces that match. This allows you to gain the benefits of multiple inheritance without glue code. As a result of the design, classes are rendered obsolete and the resulting style is easy to comprehend.

You can build a full-fledged web app in Golang with just the standard library and no other dependencies. Even the built-in HTTP server is performant and production-ready.

Pro
Easy to install and configure; simple to compile software

Go software can be immediately installed, regardless of your operating system, package manager, or processor architecture with the go get command. Software is compiled statically by default so there is no need to worry about software dependencies on the client system. Makefiles and headers are no longer necessary, as the package system automatically resolves dependencies, downloads source code and compiles via a single command: go build.

As long as every source code file in a directory has the same package name, the compiler will automatically concatenate all of the files together during the compilation process.

This helps keep every programmer on the same page in a project and eliminates arguments over formatting styles.

Pro
Multiple variables may be assigned on a single line.

Go was started as a systems language but now it has fully committed in the niche of networking services. This has been a brilliant move by Go because it allows them to capitalize on the immense talent of the Go engineering team (who are in the most part network engineers).

In a world dominated by Java EE and slow scripting language, Go was a breath of fresh air and it continues to be one of the most powerful languages if you want to build networking services.

Pro
Great team working behind it

Go has a solid team of engineers working on it (some of the best networking engineers in the world are working on Go). Up until now, the great engineering of the language has compensated for its lack of power.

Pro
API documentation is rich in content; easy to memorize

Only features deemed critical are added to the language to prevent cruft from working it's way into the language. The language is small enough to fit inside one's head without having to repeatedly open documentation. Documentation is hosted on an official webpage in a manner that is simple to read and understand.

Pro
Supports 'modules' in the form of packages.

Every Go source file contains a package line that indicates which package a file belongs to. If the name of the package is 'main', it indicates that this is a program that will be compiled into a binary. Otherwise, it will recognize that it is a package.

Pro
Multiple variables may be assigned on a single line

Pro
Supports 'modules' in the form of packages

Every Go source file contains a package line that indicates which package a file belongs to. If the name of the package is 'main', it indicates that this is a program that will be compiled into a binary. Otherwise, it will recognize that it is a package.

All types are essentially objects, be they type aliases or structs. The compiler automatically associates types to their methods at compile time. Those methods are automatically associated to all interfaces that match. This allows you to gain the benefits of multiple inheritance without glue code. As a result of the design, classes are rendered obsolete and the resulting style is easy to comprehend.

Any variable, type and function whose name begins with a capital letter will be exported by a project, while all other code remains private. There is no longer a need to signify that a piece of code is 'private' or 'public' manually.

The idiomatic approach to writing a Go software project is to perform test-driven development with unit testing. Every source code file should have an associated *_test.go file which tests functions in the code.

This naturally also supports first class and high order functions, so you may pass functions as variables to other functions.

There is no OOP in Go. Just use interfaces, which actually give better polymorphism with a lot less fuss.

The language is designed in a manner that seems logical. Syntax is simplified to reduce burden on the programmer and compiler developers.

Interface based polymorphism and structural compatibility of interfaces make it easy to extend the system/application, to reuse the code and to refactor. Basically, it allows to build less coupled architecture.

The OOP support is very simple compared to other OOP languages like Java/C++. It is relatively easy to understand and it almost does not have surprises. OOP in GoLang is a combination of two clear concepts: structs and interfaces. Structs can be just composed, while interfaces define behavior. It is not only very simple approach but actually a very right implementation of polymorphism. In other languages, it will take a lot of time to a beginner not only to learn OOP support but also (what is even more important) to learn how to use it and when not to use it.
GoLang encourages to use OOP in a more right way.

Having the minimal and clear concept of OOP, it also makes it very powerful tool for creating abstraction, sometimes it is even more powerful than in C++/Java.

The language promotes programming in a specific idiomatic style, which helps keep every programmer on the same page.

Having a forms designer for rapid development is a necessary luxury.

Con
Implementation of interfaces are difficult to figure out

Finding out what interfaces are implemented by a struct requires a magic crystal ball. They are easy to write, but difficult to read and trawl through.

Too much knowledge required for a first programming language.

Due to single character only difference, declare and assign statement can easily shadow variable from outer scope unconsciously. Example:

Managing dependencies in a Go project feels like an afterthought when compared to better languages.

Con
Hard to abstract even the simplest notions

Go is famously regarded as very simple. However, this simplicity becomes problematic in time. Programmers who use Go find themselves over and over again writing the same thing from a very low point of view. Domains not already served by libraries that are easy to glue are very difficult to get into.

Con
Refactoring can be tricky

The idiom of using early returns for error handling means extracting and inlining functions is harder than in other languages. 'break' and 'continue' can make matters worse.

Con
Pointers are difficult to learn for people new to programming

The * and & symbols are difficult to understand.

Con
Expects prior familiarity with tooling, "advanced" OS use

A standard step of even installing Go is modifying your path -- a person who's encountering their first language might not even understand. It's hard to escape using Go without familiarity with using build tools, managing and organizing project directories, etc. It's not as simple as Python's "just run the .py file with the interpreter."

Con
Performance slowdown because of indirect calls and garbage collection

Practically no meaningful Go application can be written without indirect function calls and garbage collection, these are central to Go's core infrastructure. But these are major impediments to achieving good performance.

Con
Compiler doesn’t catch as many issues as it should

The Go team touts the speed of the compiler, but one of the reasons it is fast is that it isn’t doing as many checks at it could (and probably should).

Go was designed for large team projects where many contributors may be incompetent. That Go can still get things done under these conditions is a testament to its utility in this niche. Go's infamously weak abstraction power is thus a feature, not a bug, meant to prevent your teammates from doing too much damage. This also means any team member can be easily replaced by another code monkey at minimum cost. Good for the company, bad for you. The more talented programmers, on the other hand, will be very frustrated by having one hand tied behind their back.

Con
Does not support circular dependencies

Have a question about Golang? Leave a comment for prohyon, RickZeeland and 56 other contributors.

Default package manager fetches all packages to $GOPATH and uses them across all projects which means that 2 projects cannot use different versions of the same package. However, 3rd party solutions exists. This has been solved with the dep tool and semver.