1
User
Recs.
11
Updates
3 yrs
Last
Updated
Here’s the Deal
Slant is powered by a community that helps you make informed decisions. Tell us what you’re passionate about to get your personalized feed and help others.
Related Questions
Activity
10 Options 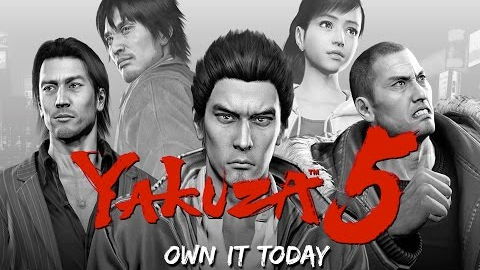 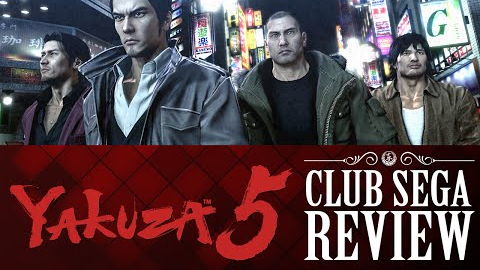 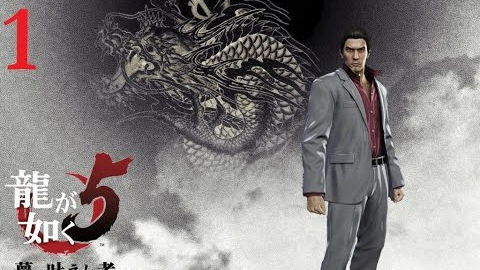 Yakuza 5 is an action-adventure game set in Japan. You play as a cast of five characters -- Kiryu, Saejima, Haruka, Akiyama, and Shinada -- all of whom are involved in Tokyo's seedy criminal underworld with the yakuza, Japan's version of the mafia.

The beat 'em up fights in Yakuza 5 are brutal, with impressive up-close-and-personal cinematics that make the fights a lot of fun. The four characters all have their own unique fighting style, like how Saejima has slower, heavier charge-up attacks, and Shinada specializes in using various weapons. Each punch and kick you throw out builds up a certain gauge for you to pull off special moves, and you can use items in your environment as weapons against your opponents in punishing ways.

You can hear your opponent's bones crushing as you smash your fist or foot into them, with successive hits building your heat gauge over time. Once your heat gauge is full, you can use a special move against an enemy with a nearby trash can, bike, crowbar, or anything else you can pick up, showing a neat cinematic straight out of an action movie as you smash your makeshift weapon into your attacker. The combat here is intense, making you feel powerful while keeping your interest at the same time.

Yakuza 5 is fully voiced in Japanese with a great English localization for Western audiences. The localization team did more than simply translate the game -- they made sure everything is relevant for a non-Japanese audience to understand and relate with. Since there's no option for English voices, the subtitles do a great job at bringing the game to life for those who don't know Japanese but still want to appreciate the culture and support the Yakuza series.

There's so much to do in between story missions in Yakuza 5. All of the mini-games and side quests almost have a life of their own with plenty of variety and detail. Playing as Haruka, you can do jobs as an idol, performing pop songs for audiences, doing PR events and getting to know her fans, and practicing in the studio for her high profile gig at the Princess League singing competition. The rhythm game mechanics for her dances are quite fun and act as a refreshing breather from the usual beat 'em up gameplay.

Playing as the guys, you can do a variety of activities that Haruka isn't old enough to do, like going out drinking, visiting hostess clubs, etc. And there are a bunch of other mini-games, like singing karaoke, playing old SEGA arcade games, gambling games like mahjong, poker, and blackjack, practicing at a batting range, racing chickens as Shinada, going hunting atop a snowy mountain as Saejima, and many more. It's hard to get bored with Yakuza 5's plethora side content; in terms of things to do, this is easily the biggest and most ambitious game in the series.

Yakuza 5 is huge, taking place in five very different districts across Japan, as painstaking recreations of the actual districts in real life. Individually, they're not huge, but they're packed with details that make them seem much larger. Gleaming with city lights and brimming with people, Kamurocho is the red light district of Tokyo, filled with all types of restaurants with various cuisines, stores for you to shop at, and places for entertainment and mini-games.

There's also Sotenbori located in Osaka, with all the huge buildings, glittering advertisements, and plenty of spots to fish in the river running through the area. The other three locations -- Nagasugai, Kineicho, and Tsukimino -- all offer different vibes and spots to hang out and explore, each with their own different restaurants, mini-games, and shops. They're so realistic that they make you feel like you're actually there.

The crime drama in Yakuza 5 feels broader thanks to the five points of view you see the story through. You start off as longtime series protagonist Kiryu who's escaped the yakuza business in Tokyo to live a quiet life in Fukuoka, though he inevitably gets caught back up into the crime world. You then play as Saejima, the tough and stoic yakuza who's back in prison again, escaping with his friend to go help save his sworn yakuza brother, Majima, from a mysterious scheme.

For the first time in the series, you then get to play as Haruka, Kiryu's sixteen-year-old adoptive daughter, who's living her life as a rising pop star in Osaka. She can't be associated with Kiryu, since he used to be a criminal yakuza, but their lives eventually intertwine once more throughout the drama. Akiyama, the charismatic businessman from Yakuza 4, is back to help Haruka through her struggles with the corruption she faces in the music industry. And then there's Shinada who rounds up the cast of five playable characters: an ex-baseball pro who winds up tying all of these threads together by the end.

Everyone's stories come together nicely by the end in a way that feels satisfying, especially as they work as a team to stop the villains for Kiryu and Haruka's sake as a family.

The story in Yakuza 5 is a mess. While it's entertaining and interesting for the most part, the plot twists rely on the characters wearing "stupid hats" and getting fooled by the villains. It starts off strong with Kiryu separated from Haruka and clearly missing her as she lives her own life as a rising pop star in Osaka, but things eventually spiral out of control.

There are some really dumb explanations for certain events as well, pulling you out of the experience. It's clear that the writers wrote the story for the entertainment value first and foremost, coming up with the logic behind things later on as an afterthought. Still, it's worth playing through to get to know the characters and see how they interact together.

Even though you get to play as five separate characters, this makes the story drag on for far too long. This is the opposite problem from Yakuza 4, where the plot was too short and you had to move on from each of the four characters too quickly; this time, there's too much unnecessary padding in nearly everyone's sequences. The only exception is Haruka, whose story section is balanced out quite well, though she has to share her story and gameplay parts with Akiyama. You may feel fatigued by the time you get to the end, what with so much to keep track of and so many plot details that have to sort themselves out in the finale.

Con
Shinada is useless as the fifth character

The ex-baseball pro who's an unreliable, flaky sex club journalist sounds cool on paper, but Shinada is not a good character for this game. His relation to the plot is forced and ham-fisted in for the sake of having a fifth character for Yakuza 5, since his reasons for joining the cast's plight are shaky at best. He also has the worst fighting style out of the guys, with weak combos that rely entirely on him using a weapon of some sort to be halfway decent. He could have been left out completely and it wouldn't have affected the story all that much.

It's a pain to run around each of the cities sometimes. The random encounters from various thugs and yakuza who want to fight you happen way too frequently. After you get through one fight, you turn a corner and there's another guy who wants to beat you up. Navigating the busy streets is also frustrating because of the NPCs walking around; you can't "walk through them". Your character model collides and bumps into everyone in your path, slowing you down unless you run through the streets all the time.

Thankfully, there's an accessory you can earn and equip to get rid of encounters altogether, and you can take taxis for fast travel instead of running everywhere. Or if you don't find the accessory and you want to avoid fights, you can play as Haruka, since she doesn't fight at all and won't be bothered by thugs.

Have a question about Yakuza 5? Leave a comment for Yoshiyuki.
See Product Page for "Yakuza 5"