What are the best electric skateboards?

+43
37
User
Recs.
269
Updates
1 yr
Last
Updated
Here’s the Deal
Slant is powered by a community that helps you make informed decisions. Tell us what you’re passionate about to get your personalized feed and help others.
Related Questions
Activity
78 Options 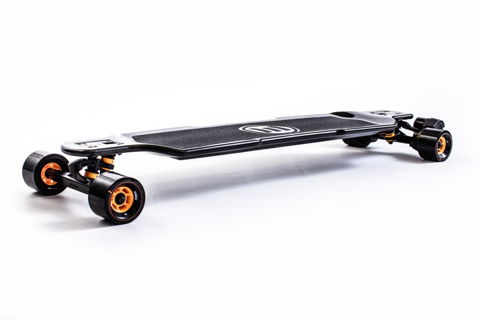 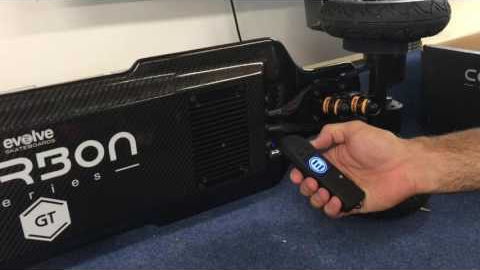 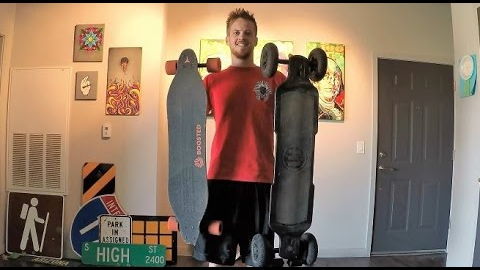 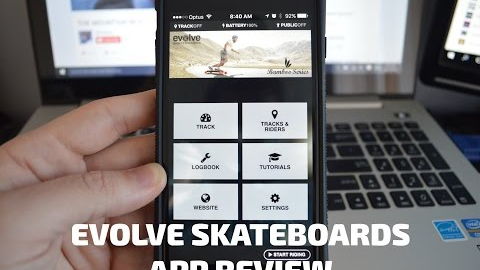 This is a beautifully designed and extremely powerful electric board made for riding in the city.

Being so powerful, this board will most likely appeal to experienced riders. It has a max range that's nearly three times more than what you'd get from the vast majority of boards out there. It's also faster, with a 26 MPH top speed, slightly beating the quickest competitors (such as Inboard M1 with 24 MPH top speed).

The minimalist carbon color scheme and understated branding make this board a showstopper. A clean look that does not look like a hobbyist board, but something professionally manufactured with a touch of class.

Pro
Suitable for city and off-road

This board comes with street wheels, but the all-terrain can be purchased separately. If you have both, the wheels can be swapped in and out fairly easily.

While the flex of a board like the Boosted can be great, It is not the best at speeds such as 42km/h, the GT's top speed with 97mm wheels. It can also be seen as a con for some people who just want to ride a board at decent speeds. Mainly the rigidity helps when going fast, as there will be less wobble or flex, which can easily throw the rider off their board, something no one wants at high speeds.

The remote is equipped with an LCD screen that feels much more advanced than your standard interface. You can get information, such as battery life or speed, from a quick glance.

You can ride for up to 31 miles on the Street GT on just one charge. That's 2-3 times more than most boards.

Pro
One of the highest-performing boards available

With a top speed of 26 mph and a 15- 31-mile range, this board is among the most powerful on the market. It can handle steep hills (up to a 25 percent grade) with ease.

A 40" long board created out of custom molded carbon fiber and kevlar. This makes for a light but very strong deck that doesn't snap or break easily. Fastened underneath the deck is the battery, which has its own custom casing that doesn't add too much thickness to the board, though it does add considerable weight (as all batteries do). The casing allows the rider to feel confident that water and debris won't affect the battery.

Overall, a well thought out design with craftsmanship to match, that exudes toughness and reliability in its construction.

Pro
You can ride it as a regular skateboard

The rider can just push kick the board when the batteries are dead, as the motor was designed to allow free spinning of the wheels when not in use. This is great for when the rider is out and about and the batteries die or a belt breaks.

Conversion kits, wheels, bearings, belts, chargers, hubcaps, inter tubes, battery casing, all parts for trucks (including bushings), are all parts you can order from their site, covering just about everything other than the motor itself. This is great for anyone who may lose or break any part of the board, as the spare parts are available and easily ordered.

Evolve offers a multitude of videos on how to change out parts on their boards, providing an easy way to learn how to properly maintain it. Coupled with the fact that plenty of spare parts are sold, it should be easy enough for any rider to obtain needed parts and fix their own boards when parts wear out.

Pro
You can track ride stats in the free app

There are two companion apps, one for Android and one for iOS. You can use them to link on social media with friends who also have an Evolve board, as well as track riding stats, including GPS.

The customer service tends to be pretty responsive and work with the customer when there are issues. Compared to some other popular brands that still have problems in this area, Evolve is a good choice for those who want to make sure to avoid that.

A quick charger is available for purchase as an optional accessory that charges the board in 3 hours. This is 1-2 hours faster than the stock charger.

The warranty lasts for six months from the time of purchase. While not the longest warranty, there have been very few complaints about the company not fulfilling their responsibilities. The warranty is listed on their site as covering "all defects in material and workmanship" for that six-month period.

The turning radius of Evolve boards is quite good. Just lean into a turn and the board will follow with no issue. Some other high end boards have issue with this, Evolve does not. Definitely a perk for those that need to ride in areas with a lot of turns.

The price of this board is very expensive. $2K for a skateboard for most people is just not worth the money. There are good options available for much less.

Con
Not easy to carry around

The board is quite heavy at 17-21 pounds, making for something that is not going to be the easiest to carry around when it is not being ridden. The large battery built into the device most likely adds to this issue.

Water can get into the top deck of the board through the grip tape and damage the electronics.

Con
The small motor pulley may wear out prematurely with aggresive riding, which requires you to replace the whole motor

You are obligated to get a whole new motor when your $3 gear wears out. Expect it to wear out quickly if you ride aggressively.

Con
May be too rigid for some riders

For long-boarders who prefer a flexible board, the rigidity of the Evolve Carbon can be an issue. A flexible board offers a smoother ride at slow speeds, but the stiffer board offers more stability riding at higher speeds and carving around sharp turns.

Some remotes may be tuned to the same frequency, allowing two or more boards to be controlled by one remote. While this will not happen to every board, the potential is there if many boards are around.

Con
Carbon fiber deck has been known to crack

There may be issues if a crack develops in the carbon fiber deck. You can read more here.

It can take 4-6 hours to fully charge the board, which may be too long for some users. There is an optional fast charger cutting the charge time to 3 hours, but it does cost extra $89, which some people may not want to spend.

Con
Resistance while not powered

For those that would like to push kick there will be a slight resistance to moving the board due to the belt drive train. This is something to consider for those that wish to use the board non-powered a lot. This is an inherent problem with all belt drive systems.

The all-terrain wheels are heavier on the nozzle size and unbalanced when spinning at high speeds, thus they can feel unstable. Luckily there is an easy fix of using car tire weights to balance the wheels.

Con
Easy to move the board on accident

There is no dead-man switch on the controller, which could make for a potentially dangerous situation. This can lead to runaways when you accidentally bump the throttle on the remote.

Con
May be unsafe on wet surfaces

This board goes pretty fast at 31 miles an hour, if you hydroplane or slip on a wet surface, there is a good chance you can get hurt falling off the board at that speed. This is why the manufacturer recommends not riding the board when it is wet outside.

The companion app available (for iOS and Android) seems to be more an afterthought, as it does not really connect to the board in any functional way. It does not receive data from the board and it does not allow for changing of settings or upgrading of firmware. Mainly it is an app meant for tracking your usage, such a distances gone or areas ridden (which is recorded through GPS on ones phone, which isn’t always super accurate on speeds and mileage).

There has also been a lot of reports of the Android app crashing constantly, so for Android users, better apps are out there for tracking of the users rides.

NiceHypate
Contributor for 4 years
1
Total
Recs.
210
Total
Karma
Evolve Carbon GT Street
4 years ago
EVOLVE SKATEBOARDS ARE LEMONS DUE TO THEIR DODGY ELECTRONICS
Con
Not waterproof
Con
Resistance while not powered
Con
May be too rigid for some riders
Con
No swappable batteries
Con
Slow charging
Con
Not easy to carry around
Con
One of the heavier boards on the market
Con
The small motor pulley may wear out prematurely with aggresive riding, which requires you to replace the whole motor
Con
Carbon fiber deck has been known to crack
Con
It's expensive
Con
Cheap electronics used causes endless expensive problems and are unsafe
See full

Have a question about Evolve Carbon GT Street? Leave a comment for Louis-Paul, Adam and 52 other contributors.

Con
One of the heavier boards on the market

Relative to other boards the Carbon GT Street is quite heavy, coming in at 17 lbs and over 20 lbs with all terrain wheels.

The Evolves 42 volt battery is quite large and offers a good amount of power. Enough to get the board to a 31 mile max range and a top speed of 26mph+. This is the current top range (as of Nov. 2016) for electric skateboards, making the Evolve one of the leaders when considering battery life and power.

Charging only takes 3 hours from 0 to full

Hanging off the back of the board the motor mounts are more inclined to breaking http://imgur.com/a/S3Gp0

Some people are getting 12/17 mile range in GT/Eco mode
this guy get 17 miles in eco mode
https://www.youtube.com/watch?v=j5Vh5GTgBnM&t=690s

Pro
Offers choice of decks and wheels to match your style

Hanging off the back of the board the motor mounts are more inclined to breaking and have revealed an intrinsic design flaw. Image Image

Con
Only available as a pre-order

This board can only be pre-ordered in the US, meaning it is not currently available.

Pre-orders are expected to ship around July 1.