What are the most innovative PC MMOs in post WoW era?

+2
5
User
Recs.
21
Updates
4 yrs
Last
Updated
Here’s the Deal
Slant is powered by a community that helps you make informed decisions. Tell us what you’re passionate about to get your personalized feed and help others.
Related Questions
Activity
14 Options 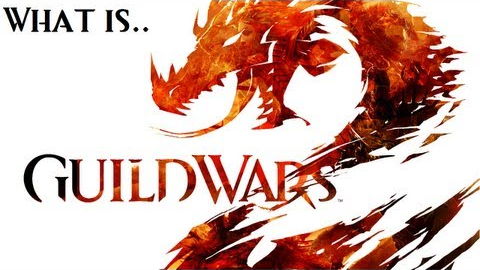 Guild Wars 2 is a massively multiplayer online role-playing game developed by ArenaNet and published by NCSOFT. Set in the fantasy world of Tyria, the game follows the re-emergence of Destiny's Edge, a disbanded guild dedicated to fighting the Elder Dragons, a Lovecraftian species that has seized control of Tyria in the time since the original Guild Wars. The game takes place in a persistent world with a story that progresses in instanced environments.[2]

Guild Wars 2 claims to be unique in the genre[3] by featuring a storyline that is responsive to player actions,[4] something which is common in single player role-playing games but rarely seen in multiplayer ones. A dynamic event system replaces traditional questing,[5] utilising the ripple effect to allow players to approach quests in different ways as part of a persistent world. Also of note is the combat system, which aims to be more dynamic than its predecessor by promoting synergy between professions and using the environment as a weapon,[6][7] as well as reducing the complexity of the Magic-style skill system of the original game.

As a sequel to Guild Wars, Guild Wars 2 features the same lack of subscription fees that distinguished its predecessor from other commercially developed online games of the time, though until August 2015 a purchase was still required to install the game.[8] As reported by NCsoft and ArenaNet, by September 13 (about 2 weeks after launch), despite temporarily halting first-party sales, the game has sold over 2 million copies.[9][10] By August 2013, the peak player concurrency had reached 460,000.[11] By August 2015, over 5 million copies had been sold, at which point the base game became free-to-play.[12] - https://en.wikipedia.org/wiki/Guild_Wars_2

Pro
Even the traditional classes are treated in unique ways

Fighter, thief, and the elementalist (wizard, basically) are treated differently to make them feel unique and fun to play. This is applicable to all other classes that this game contains. No class is considered trash tier. All are customizable to fit your needs.

Con
Narrative themes and plot got worse over the years

May be connected to a change of game designer, also pushing social/political agenda.

Just like any mmo, when you play online for long periods of time, a lot of the quests are similar, although not much of a detriment to this game, as it has many different styles of gameplay. Have a question about Guild Wars 2? Leave a comment for Sean, Laura and 11 other contributors.

Pro
YOU CAN GET A GUN THAT SHOOTS CAKE!... YES. SERIOUSLY.