What are the best VR headsets?

+27
26
User
Recs.
76
Updates
1 yr
Last
Updated
Here’s the Deal
Slant is powered by a community that helps you make informed decisions. Tell us what you’re passionate about to get your personalized feed and help others.
Related Questions
Activity
28 Options 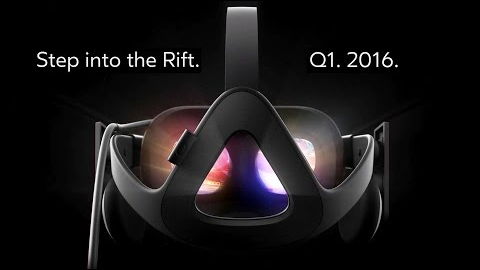 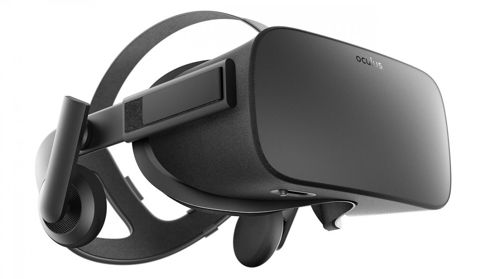 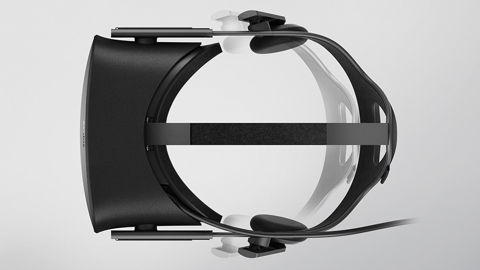 The Oculus Rift is one of the first true virtual reality experiences announced and was launched in 2013 thanks to a very successful Kickstarter project. Oculus was purchased by Facebook and offers its own Oculus Store as a virtual reality marketplace.

For those used to the traditional way of playing video games, using a controller and sitting in a chair, the Rift should feel quite familiar. It does offer a virtual reality experience through what you view, with some tracking interactions, but mainly it is much like playing a traditional console or PC game where you are viewing the game on a screen (directly in front of your face of course) and controlling the game with a gamepad or keyboard and mouse.

This should appeal to those that would like to experience VR gaming but do not want to compromise on their traditional control methods or afford the room for gaming that takes place standing and walking around ones room (such as the Vive).

A slight evolution on traditional gaming without being too unfamiliar in control or setup.
Although true, touch controllers are still the main control method for most games.

Rift integrates with Unreal Development Kit, Unreal Engine 4, and Unity 4 without any workarounds, which makes it easier for developers to create games for Oculus Rift.

Pro
Easily use the headphones you prefer

The headphones the device comes with are detachable, this means you can use your own headphones if you prefer their fit/quality.

The built in USB hub allows for other devices to be plugged in for power and communication. This means the user can extend the function of the Rift through extra peripherals that work alongside it such as the Leap Motion.

There's a dial at the base of the unit that can be used to adjust lens distance. This helps focus on the display, which is essential for best text clarity. Being that everyone's eyes are different, this greatly helps to make for an experience that anyone can enjoy with clear visuals.

Being able to test for latency and adjust accordingly can help improve the experience of play. This tester uses a real-time microsecond precision measurement of motion-to-photon latency, which can help optimize the latency being experienced in order to cut down on delays of movement to visual interpretation. Basically as you move your head to look around, there will be a delay of information as it has to first be transmitted to the PC that you moved, then the correct info has to be sent back to the display in order to show this movement in an accurate and believable way. The longer the delay the less real the VR experience with a side effect of causing motion sickness. Having a tool to adjust this can be beneficial in getting as close to a real world VR viewing experience.

Pro
Freedom to use any up to spec PC components

This device is driven by any desktop PC, providing it run the Oculus SDK. This hardware agnosticism makes is positive because of the freedom it provides to both consumer and developer. No matter the PC components being used, as long as they are up to the Rifts specs, the device will work.

Windows 10 supports streaming of XBox One games to any Windows 10 PC. With the native Oculus support built in, this means the user can also stream XBox One games to the Rift as well. While VR will not be supported in those games due to the fact they were not made for it, you can still experience those games on the Rift screen making for a large viewing area thanks to how close the screens are to ones eyes.

After Facebook partnered with Microsoft, Oculus dropped support for both GNU/Linux and OSX operating systems. While they are small markets, it is sad to see a company with enough funds to support them decide that they are not worth the support at this time.

Con
The installer requires SSE 4.2 on your CPU to be able to install but this is not mentioned anywhere in the specs

Con
Exclusive games for the Rift

Could be seen as a pro but this could be bad for the whole VR market because it could turn into console wars for VR, instead of a brand of monitor like it should be. Imagine Asus monitor exclusives. Timed exclusives as well as Rift platform exclusives that never leave the ecosystem leaves other players with other headsets out, something that has not been an issue for PC games (only PC games, not console to PC games obviously) before this, which is one of the major reason enjoy PC gaming.

Con
Limited game availability due to a proprietary store

You can only officially get software and games from their official store. This can limit competition for pricing and availability, thus artificially creating scarcity for their platform.

You can purchase games from Steam as well, but the games purchased in each store can't be seen in the other. Why fragment the market and user experience?

This is something already seen on digital stores that lock content to one platform such as Nintendo's, Sony's, and Microsoft's. Through limiting competition on where you can purchase digital goods, prices tend to never fall that much, seeing years old games that still sell at full release prices more often than one would think.

While it is still early to know for sure what route Facebook will take, keeping titles expensive for long swaths of time or allowing prices to degrade in a natural fashion due to age, their current track record for honesty in their endeavours leans more towards locked down expensive content.

These specs will limit the number of users that will be able to use the Rift, as a compatible computer may add to the already high $600 price tag.

For a totally smooth experience an nVidia GTX 1070 or an AMD R9 Fury would be recommended. $400USD+ cards!

UpdateComments
3
Add a Con
Know any negative aspects of this option?

Jar-El
Contributor for 4 years
23
Total
Recs.
1.9K
Total
Karma
Oculus Rift
4 years ago
I'm not able to install it because the installer requires SSE 4.2 on my cpu, which isn't even actually needed from what I understand on the forums. Not supported for linux at all.
Con
Dropped GNU/Linux and OSX support
Con
Requires high end computer components
Con
The installer requires SSE 4.2 on your CPU to be able to install but this is not mentioned anywhere in the specs
See full Have a question about Oculus Rift? Leave a comment for Tyler, Slimothy and 36 other contributors.

Motion controllers play a huge part in VR games and are needed for many immersive experiences. They were released in Q4 2016, and both the individual and the bundle price have since been reduced. You can see the product page here, which displays functionality and aesthetics.

Con
The resolution has not justified the price worth

Pro
Comes bundled with a wireless Xbox One controller

Depending on the situation, controllers can offer superior control than head movements/touchpads. Because the XBox One controller is bundled, it makes games more enjoyable and means you don't need to go out and buy one adding to the cost of the Oculus Rift.