What PC games have the best storytelling & plot?

+41
43
User
Recs.
54
Updates
9 mons
Last
Updated
Here’s the Deal
Slant is powered by a community that helps you make informed decisions. Tell us what you’re passionate about to get your personalized feed and help others.
Related Questions
Activity
53 Options

Lionheart: Legacy of the Crusader 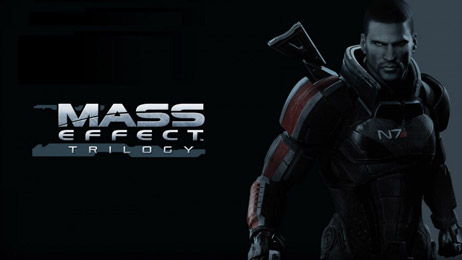 The Mass Effect trilogy is an action RPG third-person shooter developed by BioWare.

The gameplay is a mix of action role playing and third person shooting that takes advantage of AI team based combat. There is also large universe to explore that features many characters where interaction contains choice based branching dialogue.

Gameplay mechanics get better with each new part release of the game. Each new release iterates on top of the mechanics found in the last.

Pro
The player can meaningfully impact the world

Moral choices in the game can impact the story in meaningful way. There are instances where the player is given the choice of saving one team mate over another, depending on who they choose will affect how the rest of the story unfolds.

Pro
Understanding of the world is required to make informed decisions

The games introduce a large number of races, very distinctive in both appearance, traits and history. Throughout the trilogy the politics and relationships between these races are explored and must be navigated by Commander Shepard. In Mass Effect the worlds and races are not merely background information, they must be understood and indeed shaped by the player.

By purposefully adding in fantastic voice acting it causes the player to feel more engaged and elicit emotional responses out of them. This is a tool used on purpose in order to make the player feel more immersed in the world of the game. 40 000 lines of dialogue in Mass Effect 3 alone. Top-tier cast includes Jennifer Hale, Mark Meer, Ali Hillis, Seth Green, and Martin Sheen.

The series is a beautiful love letter to space opera classics like Star Wars and Star Trek, while standing on its own merits.

Throughout the series, the games seem to expand upon themselves in terms of styles of play that a player can access immediately or early in the game.

Pro
Choose your own adventure

The player is required to make many choices over the course of the three games, all of which have far-reaching consequences. Not just friends, but entire species can live or die based on player decisions. Morality is also not prescribed - the player is free to make Shepard be who they want them to be.

ME3 has a cooperative multiplayer option that ties into the single-player storyline. Players can take command of various soldiers across all the sapient races, teaming together to fight off waves of enemies and secure objectives.

Con
Poor ending that undercuts all players decisions made before it

It is widely known that the ending to Mass Effect was not great. Sadly it disrespects the players investment into the game, all of their choices leading up to the conclusion. By not allowing the player to have any meaningful feedback after the last choice in the game is made it does not allow for a sense of closure and makes everything done beforehand seem futile as if it was a waste of time.

A large amount of the content in the game is very cliched and overdone. Character development is fairly stunted; it often feels more like you're collecting and wooing a personal harem than fighting to save life in the galaxy. The characters around you hardly have a personality beyond "Whatever you say, Commander Shephard!" - The focus is on the player at all times, like a story accidentally told from the point of view of a narcissist.

The codex in the first game of the series developed a very unique hard sci-fi setting reminiscent of Asimov, Clarke, or Niven - something never attempted in a video game, but rather than developing on this, it was abandoned as the series progressed and more common sci-fi tropes took over. Disappointing to say the least.

Con
Gameplay of first title leaves a lot to be desired

It's very evident that Bioware developers were completely new to third-person shooter mechanics with the first Mass Effect game. Level design is extremely bad, shooter mechanics and abilities are clunky to use. Most of your enjoyment is going to come from the story progression, not the actual gameplay.

Something to keep in mind though, is the fact that the first game was not designed as a shooter, but more as an RPG, which is why many of those shooting elements feel off, compared to the later games.

Many of the gameplay problems are smoothed over and fixed as the series progresses. For example, Mass Effect 2 featured a more refined cover system, with Shepard being less likely to suddenly break out during combat and subsequently killed. Guns in Mass Effect 2 and 3 also required ammo, instead of players being able to shoot indefinitely in Mass Effect 1, which caused guns to overheat if fired long enough.

Con
Gameplay not consistent across games

ME1 is more of an RPG with some shooter elements; ME2 and ME3 are more cover-based shooters with RPG elements.

AuthenticIoMatuaKore
Contributor for 3 years
1
Total
Recs.
105
Total
Karma
Mass Effect Trilogy
Recommended 3 years ago
These game contain a diverse and amazing story not unlike the Lord of the Rings, albeit less in-depth and complicated than the series of Middle Earth. These games have a high play-style customization to meet what you want in-game, and the choices a player can make are plentiful, but not enough to make you fe...
Pro
Understanding of the world is required to make informed decisions
Pro
Evolving gameplay mechanics
Pro
The player can meaningfully impact the world
Con
Gameplay of first title leaves a lot to be desired
Pro
Customized Gameplay
Con
Gameplay not consistent across games
See full 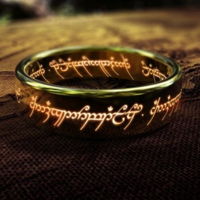 Have a question about Mass Effect Trilogy? Leave a comment for Cory, Tanner and 50 other contributors.