+34
36
User
Recs.
33
Updates
1 yr
Last
Updated
Here’s the Deal
Slant is powered by a community that helps you make informed decisions. Tell us what you’re passionate about to get your personalized feed and help others.
Related Questions
Activity
60 Options 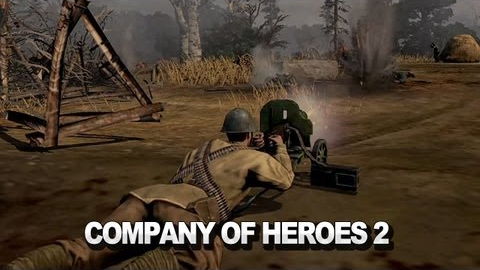 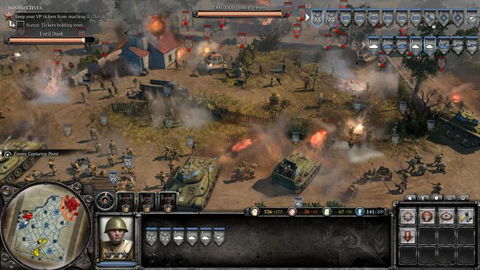 Company of Heroes 2 is a cross-platform, Real-Time Strategy game based during the events of World War II and focuses on the Eastern Front. The main campaign tasks players with commanding Russian during key battles against Nazi Germany.

The multiplayer of the game tends to be where the majority of the core experience fun can be seen. With the ability to fight both AI and human adversaries, you command large armies, positioning them in cover and strategic choke points, with the main goal overtaking key economic points to give yourself a military edge. The included Multi-Player contains a plethora of competitive maps, as well as a section of Co-Op maps that are similar to the campaign mode (though not as plentiful).

Pro
Focuses more on smart planning rather than brute force

Company of Heroes 2 is an RTS that focuses more on smart decision making of micro-unit control over macro-control and actions per minute. Players will most likely have fewer units under their command during the beginning of each match, making strategic and tactical placement of each unit necessary, rather than focusing on training many units and attacking head-on. This allows for more deep strategic gameplay to take front and center, as players will need to think aggressively and quickly, keeping units in cover and finding defensible positions, as the loss of even a single unit can turn the tide of a battle.

While not a huge improvement over the first game in the series, the graphics and art style found in Company of Heroes 2 are still quite astounding for an RTS. The animation quality of each unit is incredibly well polished, with infantry moving with fluid realism, and vehicle movement being heavy and slow. Also, to give an added depth of realism, particle effects and quality are nearly unrivaled, as each mortar blast and each grenade detonation casts large chunks of earth into the air in a billowing cascade of terrain destruction, leaving large craters in the ground. Adding greatly to this is the equally gratifying smoke and spark effects one can see when a tank fires a round from its gun, or when bullets ricochet off armored vehicles. While the gameplay in COH2 is second-to-none, the great graphical fidelity adds an immersive aspect that has yet to be matched.

Upped from the original game the player is able to control up to 135 units, which is quite a lot of micromanagement for those that are interested.

While DLC has the potential to introduce imbalance, with purchased items that give advantage, so far Company of Heroes 2 has not had this issue. New campaigns, featuring other allied nations, as well as different commanders with their own powerful abilities are proudly highlighted through this additional content. This allows the player base to have more to do and see, added increased longevity into an already brilliant addition to the Company of Heroes franchise.

User Created Content makes every game better. There is a big variety of nice user created maps and mods.

When there's a lot going on, it runs bad even on the best latest systems.

Con
Gameplay can be quite hectic

Some missions can require the player to control up to 135 units at once, on three separate fronts , which can be difficult to manage. While not completely unmanageable, this is something to consider for those that want something a bit more simplistic out of their RTS.

The cutscenes, while not animated with the in game engine, look pretty abysmal. The animation and graphical quality of each cutscene is immersion-breaking and can take the player out of the game in an instant.

When facing off against units or vehicles that use flame weapons, infantry units can be killed almost immediately. The sheer attack speed and ferocity of these flame-based weapons can reduce a player's fighting force to zero. This is especially notable with vehicles that use flamethrowers, as they can roll in from the Fog of War and overwhelm infantry in an instant, leaving players with the feeling that these weapons are overpowered. 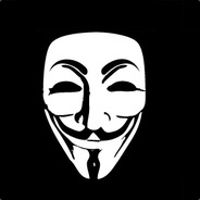 ChuckNorris
Contributor for 5 years
32
Total
Recs.
5.2K
Total
Karma
Company of Heroes 2
Recommended 4 years ago
This is so good with friends!!! Best RTS right now and it still has a big community!
Pro
Control large amount of units
Pro
Top of its class in graphics for an Real-Time Strategy title
Pro
Focuses more on smart planning rather than brute force
Pro
Great multiplayer
Pro
Tons of replayability thanks to Downloadable Content
Pro
Mod support
See full

AwareTethra
Contributor for a year
1
Total
Recs.
0
Total
Karma
Company of Heroes 2
Recommended a year ago
AwareTethra hasn’t added their experience, pros or cons to their recommendation.
See full