What are the best top down shooters for the PC?

4
User
Recs.
44
Updates
4 mons
Last
Updated
Here’s the Deal
Slant is powered by a community that helps you make informed decisions. Tell us what you’re passionate about to get your personalized feed and help others.
Related Questions
Activity
15 Options

Of Guards and Thieves

3 Recommendations
See Product Page for "Of Guards and Thieves"

--
Of Guards and Thieves 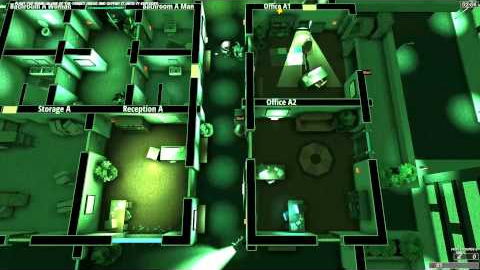 Of Guards And Thieves is an early access game with an awesome concept from the developer Subvert Games, released on steam on Dec, 2016.

Many game modes are available, Competitive ones and Casual ones that revolves on the game's unique mechanics such as its Light/Darkness mechanics and its Surround Sound system.

It has a unique gameplay that you can entirely discover while playing an original game mode, the GAT mode. Where two teams fight using light at their advantage, the Thieves and the Guards.

There's no centered weapons mechanics, instead, Characters hold their weapons and utilities on their Right hand which influences the process of peeking in a firefight.

The game supports several 24/7 dedicated servers on which you can vote the game mode aswell as the map you want to play.

The most original game mode of the game is the GAT mode (Guards And Thieves).
It's the essence of the gameplay.

In the GAT mode, there's two teams in a map, both of the teams have a distinct task :

There's only one object that the thieves have to steal, it is diplayed on the screen of every thief (but not the guards) and the Guards are not aware of what object it is.

This creates a defense/offense gameplay for both teams.

OGAT's gameplay is mainly based on light and sound. I personally like the sound of the game. You can precisely track someone by hearing his footsteps and it's definelty one of the core composant in the balance of this game.

OGAT's Lighting system, depending on the map you play on (There are maps with more open areas than others) balances with light-switches (coloured in red), few generators (blue boxes) and! and fixed lighting
The Lighting system of OGAT generates a gameplay where Thieves have constant vision in darkness. And the Guards can use the Flashlight of their guns to venture into the dark. This really adds an original aspect to the gameplay.

In a hallway ( let's say of an indoor map for instance ), Thieves can use darkness in their advantage by turning off lights with the Red switches. But in the same time for the guards, it symbolizes the footprint of a potential thief located in that area.

In OGAT you can either join dedicated servers with dedicated modes, or free voting modes servers where you vote for the gamemode you want to play. You can also create your own server and very easily.

There are game modes where the action happens in the night and where there's a Red Team with Thieves and a Blue team with Guards :

Next there are gamemodes that happen in the day but be careful of shades :

There is also the Soccer mode that has also a small competitive audience but is very fun to play aswell. And the Zombie Rush mode.

Of Guards And thieves has 2 exclusive game modes of which the access requires a premium DLC :
The Racing mode and the Map Editor mode.
The map editor has tons of content, it's worth to check it.

Poor game developers. Bans multiple people for simply stating opinions that hurt their feelings on a Discord server. Those people banned also happened to be one of the most active and top players offering good insight and critique on making the game better.

I've put this as a Con because many players complained about not being able to join a server with a friend without having the balance seperating them most of the time. But what other players usually do is pressing create server then they stack theirs friends on their team and wait for people to join!

I wished there were a lot more of Tournaments and stuff. It only recently started to become more active on that part though.

Of Guards And Thieves is not a complete game and it has only two developers, which means updates are sparse. 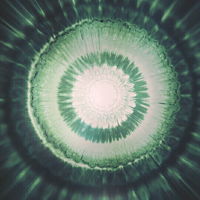 Caliber
Contributor for 2 years
1
Total
Recs.
320
Total
Karma
Of Guards and Thieves
Recommended 2 years ago
I honestly find a real pleasure in playing this game! I mainly play it for its strategical aspect. This game offers multiple experiences and has a legit competitive scene that is worth to check out.
Pro
The GAT mode
Pro
Stealth
Pro
Light/darkness and sound
See full

ExpertHahanu
Contributor for 4 months
1
Total
Recs.
20
Total
Karma
Of Guards and Thieves
4 months ago
It was a good game but poor execution. Updates to unnecessary things which also created bugs in different ways. Community slowly dying. Despite trying to help and fix this, the game seems to be a lost cause, mainly because of the development team. I have spent thousands of steam hours on this as well but it...
Con
In development
Con
No party system
Con
Lack of events
Pro
Good idea
Con
Development Team
See full

PositiveAiakos
Contributor for a year
1
Total
Recs.
0
Total
Karma
Of Guards and Thieves
Recommended a year ago
PositiveAiakos hasn’t added their experience, pros or cons to their recommendation.
See full

Have a question about Of Guards and Thieves? Leave a comment for Caliber, Monika and 7 other contributors.

The game was a good idea.

UpdateComments
1
See Product Page for "Of Guards and Thieves"