What are the best Python based CMSs?

+9
18
User
Recs.
12
Updates
5 mons
Last
Updated
Here’s the Deal
Slant is powered by a community that helps you make informed decisions. Tell us what you’re passionate about to get your personalized feed and help others.
Related Questions
Activity
11 Options 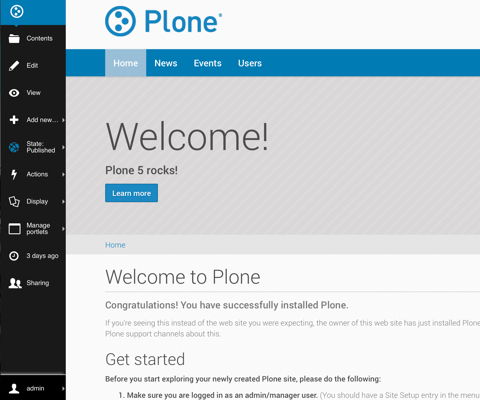 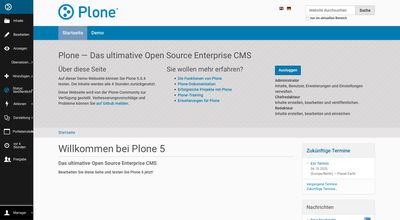 Not only does this provide complete transparency to the user, it also enables a large base of developers to work simultaneously on solving any arising issues and improving the platform.

Plone offers a RESTful API for those who wish to implement a modern front-end such as React or Vue. The Plone API in itself is a work of wonder, allowing almost complete control of the application, while being permissive aware at the same time.

Plone has been around for almost two decades and to date, less than 50 vulnerabilities were discovered in the platform. That's at least ten times less than any of the popular alternatives, including Wordpress, Drupal, and Joomla. In fact, government agencies, such as NASA and FBI use Plone for its high level of security.

Plone platform along with all documentation is available in more than 40 languages, including Chinese, Japanese, Greek, Arabic, and Hebrew.

Pro
Can run on virtually anything

It's the Plone way or the high way, a lot of what Plone offers will be familiar to those who have worked with Pyramid, however it requires some input and effort to get up and running with the Plone eco-system.

Con
Engineered to the max

Plone suffers from its own strengths. In a lot of cases you'll be met with multiple approaches and paths to a single, simple solution. This can make doing a single task an entire lesson rather than offering a quick solution.

PreciseIxchel
Contributor for 4 years
1
Total
Recs.
325
Total
Karma
Plone
Recommended 4 years ago
Although it has a slight learning curve, Plone offers an incredible amount of power to fulfil permissive and workflow based scenarios. It offers an Batteries-Included approach with everything being customisable or extendable in some way or form.
Pro
Open source
Pro
Multilingual UI and documentation
Pro
Remarkable level of security
Con
Learning curve
Pro
RESTful API & Plone API
Con
Engineered to the max
See full

Have a question about Plone? Leave a comment for Monika, Ray and 18 other contributors.
See Product Page for "Plone"