What are the best asynchronous online multiplayer games on Android?

3
User
Recs.
8
Updates
2 yrs
Last
Updated
Here’s the Deal
Slant is powered by a community that helps you make informed decisions. Tell us what you’re passionate about to get your personalized feed and help others.
Related Questions
Activity
23 Options 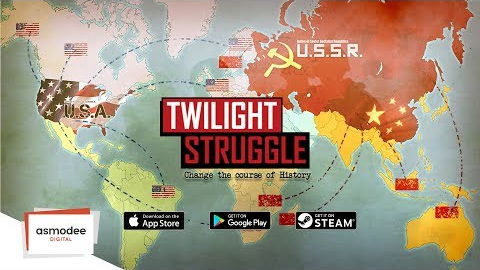 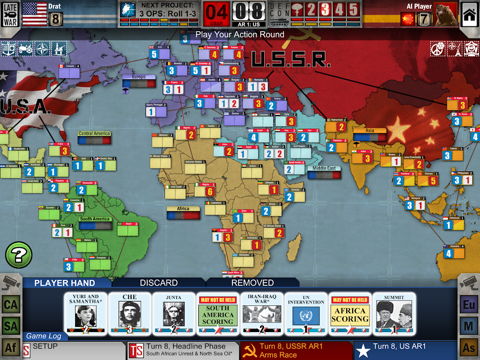 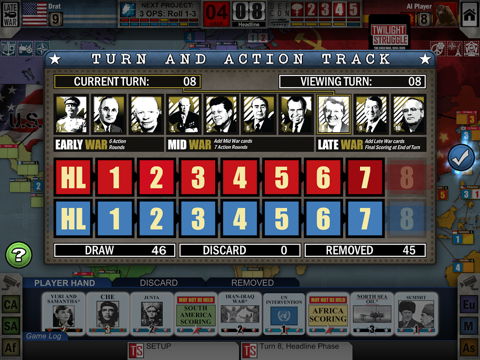 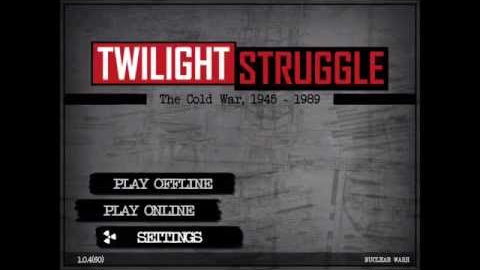 Twilight Struggle is a 2 player strategy game based on the events of the Cold War.
One person plays as USSR while the other plays as USA. Players move to gain influence or control of countries around the world as depicted on the game map. There are many difficult decisions to be made by each player at every turn, since many cards in the game do not provide clear bonuses for the player that has to play them.
This game is historically accurate, as all Event cards in it have a real event from the cold war, such as the Cuban Missile Crisis, and historical figures such as Fidel Castro.

There rule book for Twilight Struggle is well written, and easy to understand and reference during the game. You also get player's aids, which are very helpful as you're becoming more familiar with the game mechanics and rules.

Twilight Struggle perfectly captures all of the tension of the Cold War through its clever influence system and the way that players must play all of their cards each turn, even ones that would possibly help their opponent. The result is a game where both sides feel stressed (in a good way) as they try to out maneuver the other player.

The event cards used in the game are all based off actual events that occurred throughout the Cold War which helps the games theme be even more immersive.

A single game of Twilight Struggle can take 2-3 hours. It might take even longer while you're still learning the rules, since you'll need to keep referencing the rule book.

There are a lot of different mechanics in this game, and a lot to keep track of. Expect to spend the first few games referencing the rule book often. It's definitely not a lightweight party game.

If you are looking for a game to play with a group this isn't a good fit.