+10
17
User
Recs.
34
Updates
4 mons
Last
Updated
Here’s the Deal
Slant is powered by a community that helps you make informed decisions. Tell us what you’re passionate about to get your personalized feed and help others.
Related Questions
Activity
71 Options 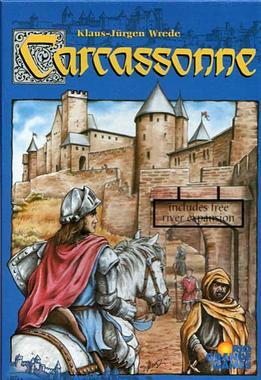 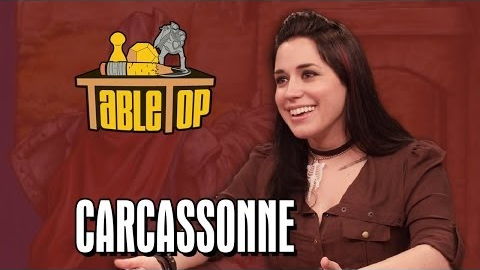 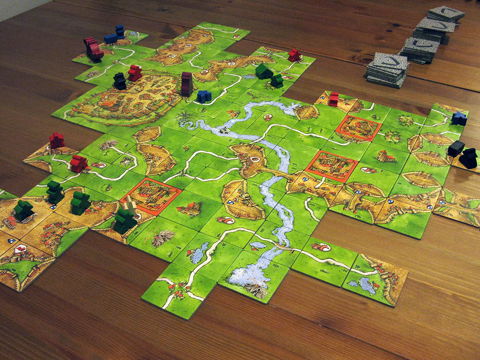 Carcassonne is a tile-placement game for 2 to 5 players. Players take turns placing roads, monasteries, grasslands, and cities to create a landscape themed after southern France. The tile must be placed adjacent to other already-placed tiles so that the artwork properly connects. After a player has placed a tile he can also place one of his meeples on it to claim points once the building of the zone is finished. The game is won by the person with the most points after the last tile has been placed.

Lastly, you can even introduce many variations that’ll change up the game without owning any expansions, for example, instead of drawing one tile and placing it every turn, have the players manage a hand of four tiles.

The board game pieces are highly detailed and colorful, be it lush grassland, a fortified medieval castle, or a monastery in the middle of nowhere. The game is themed after southern France in the medieval ages and the actual fortified city of Carcassonne and the landscape around it. There is definitely some forethought put into the polish of this game that makes much of it intuitive and a pleasure to look at.

On a more practical note, the back of the tile with which the game starts is in a separate color, so it is easier to find when starting the game.

The gameplay is dynamic, and everyone’s constantly engaged, managing their meeples and calculating which part of the board is worth fighting over. Even the kids stay engaged since the winner is usually not obvious untile the very end.

If the game is not played on a flat surface or if you accidentally apply more force to the tile when you're placing it adjacent to another, then everything can shift, which can be annoying to fix.

The official scoreboard that comes with the base game only stacks up to 50 points, but proper games of Carcassonne go way past that mark – a game without any expansions can easily reach over 100 points. If you add expansions to the equation, then the points can stack up even past 400, but some expansions feature scoring tokens that help resolve this issue. Have a question about Carcassonne? Leave a comment for Craig, John and 19 other contributors.