2
User
Recs.
51
Updates
4 yrs
Last
Updated
Here’s the Deal
Slant is powered by a community that helps you make informed decisions. Tell us what you’re passionate about to get your personalized feed and help others.
Related Questions
Activity
71 Options 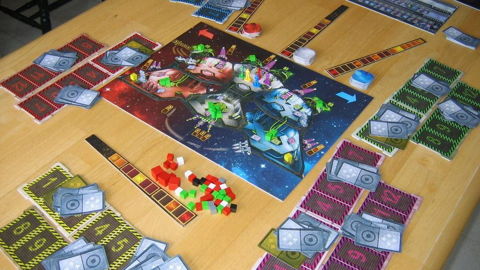 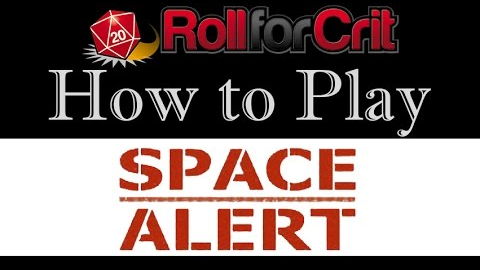 Space Alert is a real-time cooperative board game for 1 to 5 players. The players are the crew of the U.S.S. Sitting Duck and must survive any threats coming their way. The game is divided into two phases, in the first part the players listen to a 10-minute soundtrack during which they prepare and coordinate their actions. After the soundtrack is over, the actions are played out. The players win if the ship is alive after all the actions are over.

Pro
Each game is unique

The combination of several CD tracks along with variant card combos and action options ensures that no two games will be the same, making the game widely replayable. If you run out of the official CD tracks, then you can also download the Space Alert Mission Generator to get some random scenarios, or you can browse the internet for custom missions.

Space Alert is a cooperative based game, something that is not always the case for board games and can be a refreshing change.

Various options can be selected to alter the difficulty level of the game, such as the power of internal and external common threats and serious threats. This makes, for example, the monsters you encounter much stronger, adding a whole new level of required teamwork.

Space Alert has a sci-fi theme to it, and the game executes it perfectly. From the aesthetic look of the game to the actions you take, there’s plenty of science fiction – aliens, spaceships, robots, etc. The soundtrack playing in the background during the planning phase also adds a lot to the immersion. For those that are into more of a science fiction game, Space Alert could easily fit that bill.

While slightly morbid, the humor contained in the game and gameplay is quite amusing. The resolution phase is also full of humorous moments as the players watch their actions unfold or fall apart. For example, the tutorial book states that the captain must remember to do the “C” action that represents pressing the spacebar on the ship’s computer to keep the lights on.

Can be played as a single player game, or with up to 4 friends, dividing roles accordingly. If you don’t have a full group of 5 players, then the missing characters are androids, which can be controlled by any player.

The very basics of the game are quite simple. Every player has a role assigned to them – the captain, the communications officer, and the security officer. The players take 12 turns in 10 minutes pre-planning actions while listening to a soundtrack that explains all incoming threats. The action phase is divided into three further parts, each of which has a separate deck of action cards. The soundtrack calls out the threats, the endings of phases, data transfers, and communication disruptions, and you must act accordingly.

After the 10-minute soundtrack is over, all the actions the players planned and coordinated are resolved. If the ship is still alive after that, then the game is won.

The game takes around 30 minutes to play through, 10 minutes of which is the intense planning phase with the soundtrack blasting in the background.

Turn speed is dictated by the CD, avoiding some players procrastinating on their turns / keeping the gameplay flowing.

With an average score of 7.5 out of 10 and a rank of 155, Space Alert is a positively reviewed board game.

Space Alert effectively evades the popular quarterbacking issue of cooperative board games. There’s simply no way to communicate enough useful information to other players in the 10-minute timeframe, so nobody can control absolutely everything. Everyone must efficiently work together and say what they’ll be doing to take care of the looming threats.

The components of the game should hold up to multiple plays and regular wear and tear. There are a lot of good quality wooden tokens, and the cards are made of durable cardstock. The gameboard and the tracking boards are also quite thick and should endure well.

Space Alert is not very beginner friendly, and if you don’t properly understand how the game works when you start it up, then you’ll have visible difficulty keeping up with what’s happening in the frantic 10-minute action phase. You’ll also be dragging down the other players because there really isn’t enough time to explain rules when the game is already in progress.

It’s worth reserving an hour to play through the well-designed tutorial book that slowly introduces the complex aspects, so you’ll be ready for the real deal.

Space Alert is only playable with the included audio CD or downloadable MP3's, without them the game is impossible to play.

Every action you take highly impacts what happens to the rest of the crew, and one tiny misstep can make the whole plan fall apart, which can be frustrating to some. Teamwork and good communication is completely necessary to win.

Con
A lot of setup

Space Alert has a lot of pieces to sort through, cards and decks to shuffle and place on the gameboard. It’s not so bad if you decide to play more than one game, but the actual games are very quick in comparison to the amount of setup/takedown time.

Con
Can’t be stopped once in progress

Once you press “play” on the 10-minute soundtrack, there’s no interrupting it – no pauses, no rewinds, etc. It’s important to stay focused, not engage in casual banter, and make sure there are no distractions in the background, which can be difficult to manage sometimes. Have a question about Space Alert? Leave a comment for John, Rūdis and 2 other contributors.
See Product Page for "Space Alert"