5
User
Recs.
42
Updates
4 yrs
Last
Updated
Here’s the Deal
Slant is powered by a community that helps you make informed decisions. Tell us what you’re passionate about to get your personalized feed and help others.
Related Questions
Activity
71 Options 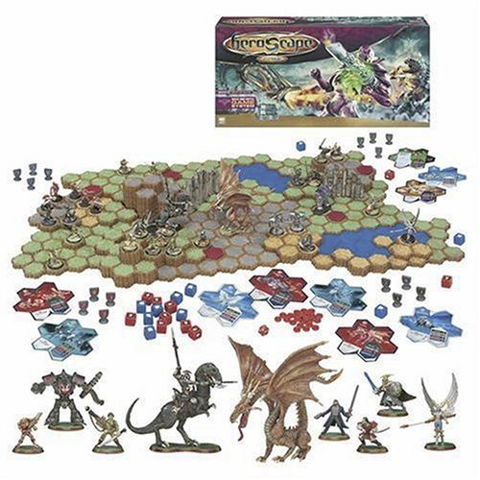 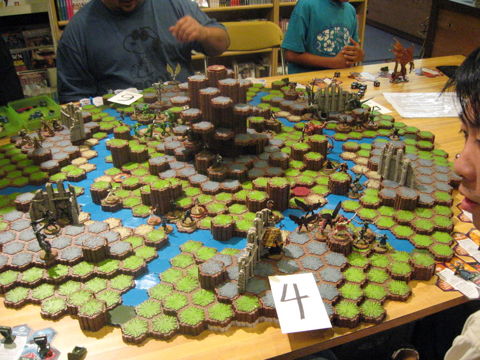 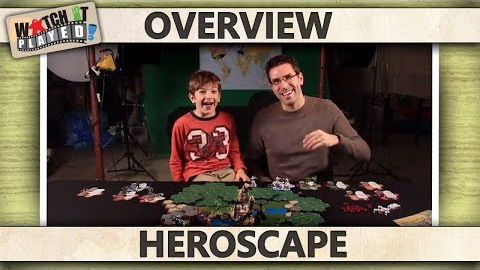 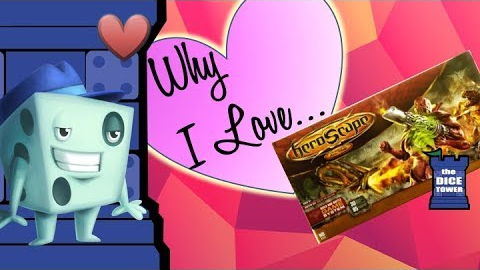 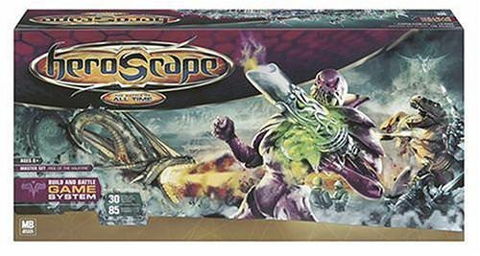 Heroscape is a turn-based miniature wargame that features a fully customizable and interchangeable 3D landscape.

Firstly, players construct the playing surface out of hexagonal tiles and choose a scenario to play. Secondly, the players choose their armies. The armies consist of different types of units: unique heroes, common heroes, unique squads, or common squads. Depending on the scenario, the army might be specified before or require the player to choose units based on point values on the cards.

The win condition is chosen by the players, they can choose an official scenario or make up their own. The most popular scenario is "last team standing", where the player is required to defeat all of the opponents figures. Other scenarios include capture the flag, attack and defend, destroy the enemy's hero, and much more.

The game includes all kinds of well-designed figures, a various terrain tiles, and a bunch of different terrain accessories that make up the big 3D landscape.

The characters are a blend of fantasy, sci-fi, history, mythology and all kinds of other genres. Terrain tiles can range from grass to swamp, to lava, to snow and other types. What’s more, they can be stacked on top of one another to create hills.

The play time highly depends on the scenario chosen and the size of the playing surface, but since the game encourages customization, players are free to choose a scenario that's easy and quick to play through and construct a smaller battlefield to accommodate it, for example, "last team standing " on a small surface.

Pro
Can be built to fit any group

Heroscape can make both a decent 1v1 or 2v2 tournament and a massive party attraction. Although the game is best balanced to be a game for 2-4 players, if you have more sets you can create a map that can potentially scale up to any group.

Moreover, all ages are welcome, so it can be a great family game as well.

This is one of the games that fits the description of “Easy to learn, hard to master” quite well.

The basic gist is quite simple - in their turn the player chooses an army card, moves the pictured figures and attacks with the figures. Movement is done based on the “Move number” on the card and attacking is done by rolling the attack dice based on the “Attack number” on the card. Players alternate turns until the game is over. The win condition is chosen by the players

There are a few more detailed mechanics, but they are very easy to understand, because they link to the physical aspect of the game. For example, an enemy is in line of sight if the figure is "able to see it" from its position - if there's a huge dragon figure behind a mountain and its head is poking out, then the soldier further back on the hill has line of sight. Another example - if a figure physically can't fit somewhere, then it can't move to that tile - a dinosaur figurine won't fit under a small bridge over a river, so it can't go there.

The basics of the game are not hard at all, the rules are simple enough even for children, it’s suited for ages 8+.

The game offers a lot of customizability both in terms of playing surface and the game itself.

Since the playing surface is fully customizable, you can either create it from instructions (found in the game guide or online) or arrange the construction pieces however you want. Because of this every game can be different in some way – you can, for example, relocate a hill, place a river and do much more.

Though the game offers a scenario booklet with some basic scenarios, that doesn’t mean you can’t get creative and make up your own objectives, manipulate some of the rules or add house rules.

The game materials have a relatively high production quality.

There’s no need to worry about game components not being able to sustain normal wear and tear or an accidental drop here or there - the hexagonal pieces and the painted character figurines are made out of durable plastic. The character figures are also quite flexible - bending swords, legs and hands of figures doesn't leave a lasting problem.

The paint job of the pieces is also well done and paint won't wear off even when rigorously scraped.

Despite the printing of the game being discontinued in 2010, there’s still a very active community at https://www.heroscapers.com/ that are keeping the game alive. There are forums for custom units, local gaming events, online Heroscape games and more.

Since sets and accessories tend to cost a lot of money, some dedicated fans even banded together to create https://www.allthingsheroscape.com/, offering a selection of, as the name suggests, all things related to Heroscape – figures, terrain sets, expansions, etc.

Pro
Can be visually impressive

Some fans of the game have even gone out of their way to design huge and beautiful battlefields, spanning many tables. A lot of great creations can be found on the internet - some examples.

Pro
Fun to set up

The setting up of the game is another game itself and it makes for a good family / friend activity. It could be compared to LEGO construction – you attach the hexagonal pieces together to create whatever playing surface you want or just follow an instruction.

The pieces smoothly link together and don’t accidentally come apart, so there's no need to worry about a small accident ruining your hard work.

Since the playfield is quite big, everyone can join in creating the landscape. Some people could even get more excited to play while seeing the battlefield grow and imagining how fun the nearing game could be.

Con
Takes up a lot of room

The landscapes tend to get quite big and, unfortunately, there is no convenient way to store the tiles and character figures unless you spend some extra cash on boxes or other forms of storage.

Con
Long set up and take down times

Depending on the scenario, the setup might take as long as the scenario itself. A basic setup could take anywhere between 20 and 40 minutes. This is because of how big the playing surface can be and how many pieces and accessories it consists of.

The sets, expansions and accessories tend to cost a lot of money mostly due to the game being out of print since 2010.

Con
Out of print

The terrain is customizable enough to create a running theme, but units are more difficult. Some people might enjoy the idea of heroes from all kinds of genres clashing in one big game, others might be thrown off by historical characters like samurai and cowboys battling alongside werewolves, robots or vampires. 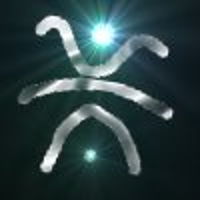 Have a question about Heroscape? Leave a comment for gilch, WhiteLilac and 6 other contributors.
See Product Page for "Heroscape"