+2
8
User
Recs.
37
Updates
4 mons
Last
Updated
Here’s the Deal
Slant is powered by a community that helps you make informed decisions. Tell us what you’re passionate about to get your personalized feed and help others.
Related Questions
Activity
55 Options 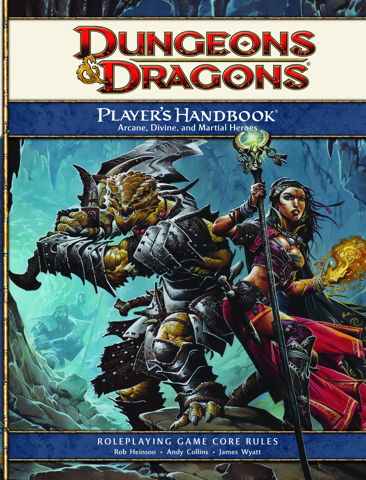 Compared to prior editions, 4th Edition D&D has dramatically simplified rules. There are very few special cases to remember, and all character classes (Fighter, Wizard, etc.) share a common pattern in how they gain and use combat abilities.

Pro
Focus on heroism and fun

4th Edition downplayed simulation, and instead embraced cinematic action. The players are assumed to be the main characters of a story which revolves around them, rather than merely one faction in a far larger world.

To encourage boldness, characters are far harder to kill than in any other edition. This also allows players to invest heavily in the story and personality of their characters without facing the potential buzzkill of loss.

Other versions of D&D tend to use a "balance over time" system, where some character types are weaker to start with and stronger later on, and vice-versa for others. However, this works poorly if your game doesn't continue for a long time, or starts with PCs already at a higher level. 4th Edition is the first - and so far only - version of D&D to do a good job of making characters similarly powerful at all levels.

Though most other editions of D&D assume miniatures are used for combat, they have all provided rules for playing without them, while 4th edition has not. It even goes as far as to measure distances and ability effects in terms of "squares.".

And while it's possible to play the game without a grid, 4th edition combat places so much emphasis on powers and abilities that move you and your opponents around the battlefield that keeping track of such movement is important enough where playing 4th Edition without minis or a similar system loses most of the interesting parts of the combat system.

Due to the scaling of player damage vs. monster hit points, even simple fights can take a long time to resolve, particularly at higher levels.

Making it fun was such a priority in 4th Edition that it frequently trumped making sense. This manifests in ways ranging from "minions" who die in hordes at the lightest touch, to broken weapons simply repairing themselves.

Multiclassing has been reduced to the point where it is rarely useful past the first feat & limited to one extra class.

Con
Equipment is mandatory to be efficient

Con
Too much focus on combat, not enough on roleplay Have a question about Dungeons & Dragons 4th Edition ? Leave a comment for Yoshiyuki, Slimothy and 11 other contributors.

Virtually most of the game's customization options are based around combat. There are very few utility options for non combat situations, which leaves other styles of play in the dust.