1
User
Recs.
9
Updates
5 mons
Last
Updated
Here’s the Deal
Slant is powered by a community that helps you make informed decisions. Tell us what you’re passionate about to get your personalized feed and help others.
Related Questions
Activity
58 Options 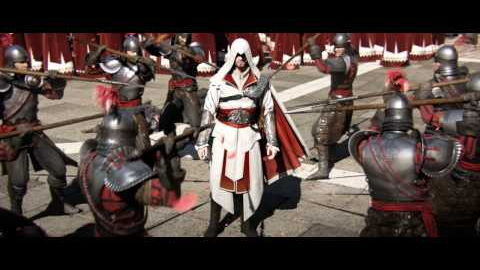 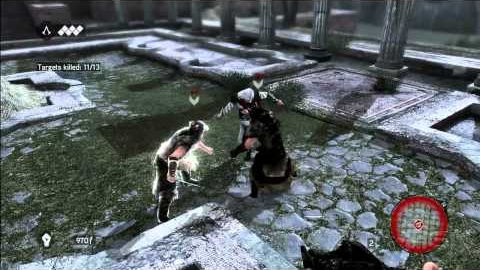 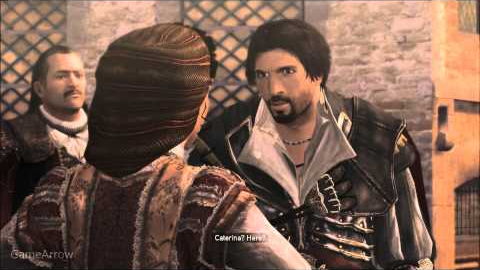 Assassin's Creed Brotherhood is an action-adventure game set during the Renaissance in Italy. You play as Ezio Auditore, continuing the events after Assassin's Creed II, where he works as an assassin to free Rome from templar corruption.

The story in Assassin's Creed Brotherhood is full of intriguing ideologies and philosophies. It's a familiar tale of liberty and freedom on the Assassin side and law and order on the Templar side, but it still feels fresh. Playing as Ezio, it's up to you to assassinate certain templar targets who oppress the masses and horde power for themselves. As you take them down, you learn about their views on controlling the populace, encouraging you to question if the assassins are truly on the right path. Thankfully, the game doesn't tell you what to think, leaving you to draw your own conclusions.

The game's soundtrack is top notch. It has a blend of religious motifs with modern sci-fi synths, making the tracks unique. The echoing choruses and unsettling backtracks give a sense that you're on a tense, but mysterious mission to assassinate the templars in the Renaissance setting that the game takes place in. There's a measured thoughtfulness and caution that you pick up on as well, almost like the songs themselves mimic you as you stalk your targets while you blend in with the crowd. It's such a cool experimental sound that the composer, Jesper Kyd, manages to pull off well, keeping you engrossed as you play and listen.

The city of Rome is beautifully recreated in Assassin's Creed Brotherhood. The map is massive for its time, with well-designed areas from the era such as towers, open plazas, and religious buildings. You can climb anything, anywhere, and run along the rooftops as much as you want. Scaling the tallest places gives you an amazing bird's eye view of the city and the mountain ranges beyond, along with a vantage point to plan out how to assassinate your targets. The realistic architecture makes Assassin's Creed Brotherhood feel like a true period piece set in Renaissance Italy.

The multiplayer in Assassin's Creed Brotherhood offers a unique experience. It mixes the series' stealth mechanics with cat and mouse gameplay through a few different multiplayer modes.

Unfortunately, the multiplayer is all but abandoned by the player base. Even though the multiplayer itself is really cool and fun, you won't find too many people playing it these days. Since the game originally came out in 2010, it's quite old now, and it doesn't help that the devs don't actively update it anymore. The Assassin's Creed multiplayer base in general is also splintered between this game and later installments with online play. So if you're a new player trying to get into things, don't be surprised if it takes a long time to find a match.

The final boss isn't very compelling. Thematically, for the story, it makes sense for this battle to be the last one, but it's just not interesting from a gameplay perspective. There's something ridiculous about the antagonist that makes it hard to take the fight seriously in the first place, diluting the meaning behind the battle. The way you fight this particular villain isn't that fun, either, because of the gimmicks that the boss uses. The whole thing is really a lost opportunity.

Con
Feels like more of the same of Assassin's Creed II

If you played Assassin's Creed II, then you may find that Brotherhood is too similar. The assets are completely reused, with the only major difference being that this game is set in Rome. There are a few new mechanics like getting to create and manage your own brotherhood of assassins, but it's not all that intriguing outside of how overpowered they can be when you call on them to help you in a fight. It feels too much like Brotherhood treads on familiar ground in Ubisoft's push to annualize the franchise, which began here with this game.