What are the best Linux FPS games?

+8
18
User
Recs.
7
Updates
4 mons
Last
Updated
Here’s the Deal
Slant is powered by a community that helps you make informed decisions. Tell us what you’re passionate about to get your personalized feed and help others.
Related Questions
Activity
14 Options 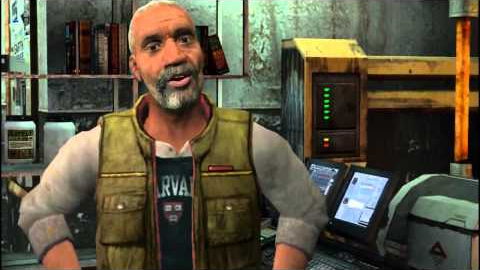 When Half Life 2 came out it set the bar super high for character animation that still rivals some games today.

Pro
Guns are varied and interesting

Almost every gun is fun to shoot and is distinct. The crossbow is super awesome for it’s power and the gravity gun offers variety in puzzles and what you can shoot with. Want to hit someone with an explosive barrel? Pick it up and throw it with the gravity gun!

Aliens, portals to other dimensions, oppressive regimes, oh my! This game brings a great flavor of dystopian sci-fi as you fight part of the rebel cause to deliver justice with your Gravity Gun to the many species afflicted by the evil Combine. Also Half Life ties in somehow with the Portal series which makes it even more awesome.

Hear from the creators about the making of Half Life 2 Ep1 and 2. Everything from level design to technical details are discussed. More developers need to use this.

Entire games have been made from Half Life (such as Counter Strike) and the tradition continues with it’s sequel! In fact there’s a game essentially about making your own things made from a modded Half Life 2 and that game is called Garry’s Mod.

StudiousHumbaba
Contributor for a year
1
Total
Recs.
0
Total
Karma
Half-Life 2 (and episodes)
a year ago
StudiousHumbaba hasn’t added their experience, pros or cons to their recommendation.
See full

BraveMandulis
Contributor for a year
1
Total
Recs.
0
Total
Karma
Half-Life 2 (and episodes)
Recommended a year ago
BraveMandulis hasn’t added their experience, pros or cons to their recommendation.
See full

MerryRenpet
Contributor for a year
5
Total
Recs.
0
Total
Karma
Half-Life 2 (and episodes)
Recommended a year ago
MerryRenpet hasn’t added their experience, pros or cons to their recommendation.
See full